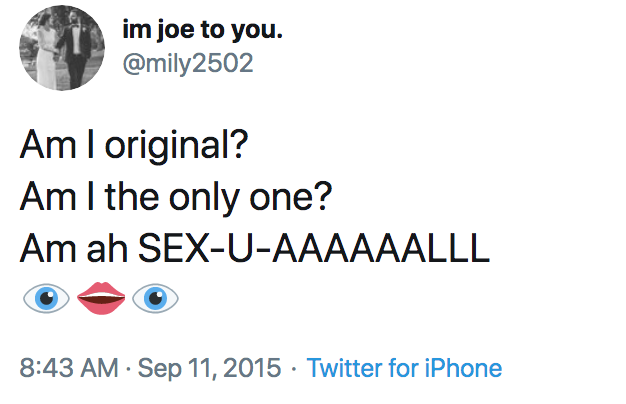 Eye Lips Eye Emoji 👁👄👁 is a combination of emoji that typically means “It Is What It is”, which expresses feelings of acceptance at an undesirable outcome.

The origin of the meme is unknown. On September 11th, 2015, Twitter user @mily2502 tweeted one of the earliest available uses of the emojis, using the emoji to punctuate the Backstreet Boys lyrics “Am I original? Am I the only one? Am ah SEX-U-AAAAAALLL” (shown below).

Over the next few years, the emoji combination continued to grow on Twitter. On November 2nd, 2018, comedian Jaboukie Young-White tweeted, “people in other countries: that church was nearly burnt down in 1315 by a queen who found her husband cheating americans: wow 👁👄👁 that mcdonalds has been there for 30 years.” The tweet received more than 28,000 likes and 3,500 retweets in less than two years (shown below, left).

The following year, Twitter user @crushed_stars tweeted, “what if 😳😳 you do euphoria inspired glittery eye makeup on me ✨👁👄👁✨while i’m laying on my bed and you’re straddling my waist 🙈👀(and we’re both girls) 👩‍❤️‍👩👩‍❤️‍💋‍👩💕.” The tweet received more than 53,000 likes and 10,000 retweets in less than one year (shown below, right). 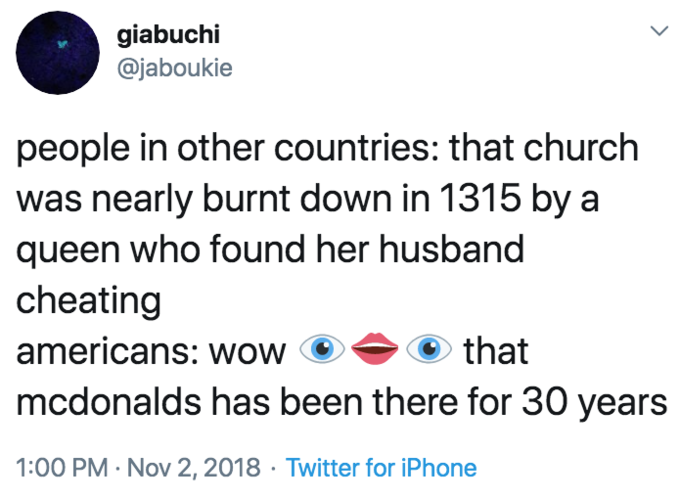 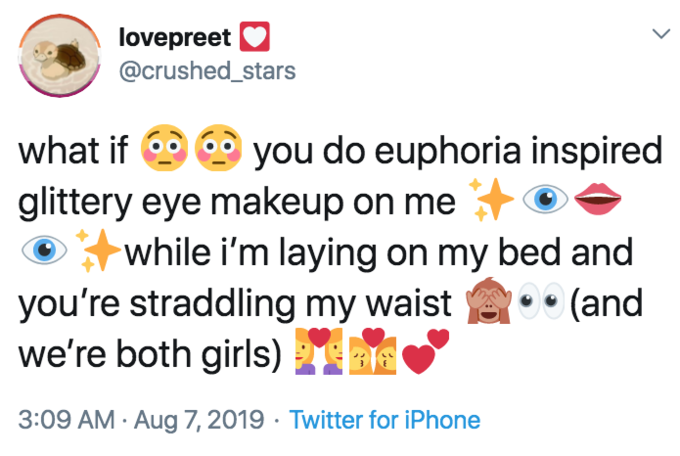 On May 15th, 2020, Twitter user @AnasApprentice3 tweeted a series of makeup boxes that resemble the emoji set. The tweet received more than 198,000 likes and 51,000 retweets in less than two months (shown below). 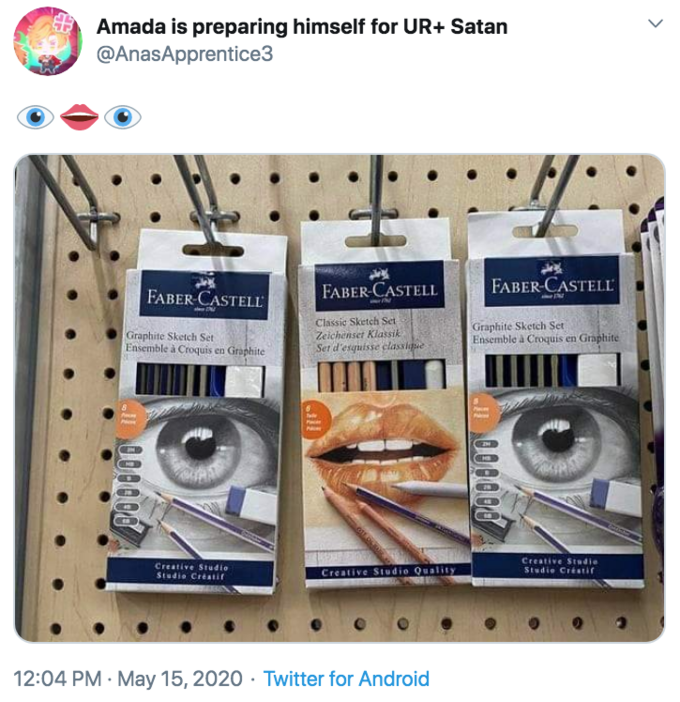 On June 17th, 2020, the website StayHipp defined the trend as a comment typically used on TikTok to mean “individual who witnessed the recording of a bizarre, funny, or cringey TikTok video was staring in shock, disgust, or confusion.”

That month, Twitter account @itiseyemoutheye launched, garnering more than 6,400 followers in less than one month. According to Forbes, is it unclear what the account does or what it is promoting. They write:

Overnight, an app/service/thing sporting three emojis for its name (signifying a mix of surprise, shock, anger or disgust) has piqued the interested of many an early-adopter on Twitter. With a mysterious line “It is what it is” and a tweet that promises…something will happen at 7 pm PST, 06/26. The app, since no-one really knows if this is even a real thing yet, is just asking for an email and will send you details when your number in line comes up.

On June 26th, 2020, Josh Constine published an article about the emoji on Substack titled “What does 👁👄👁 mean?” 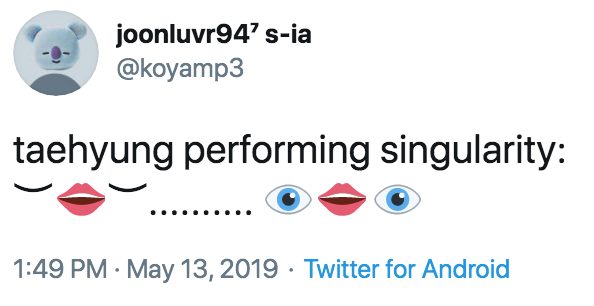 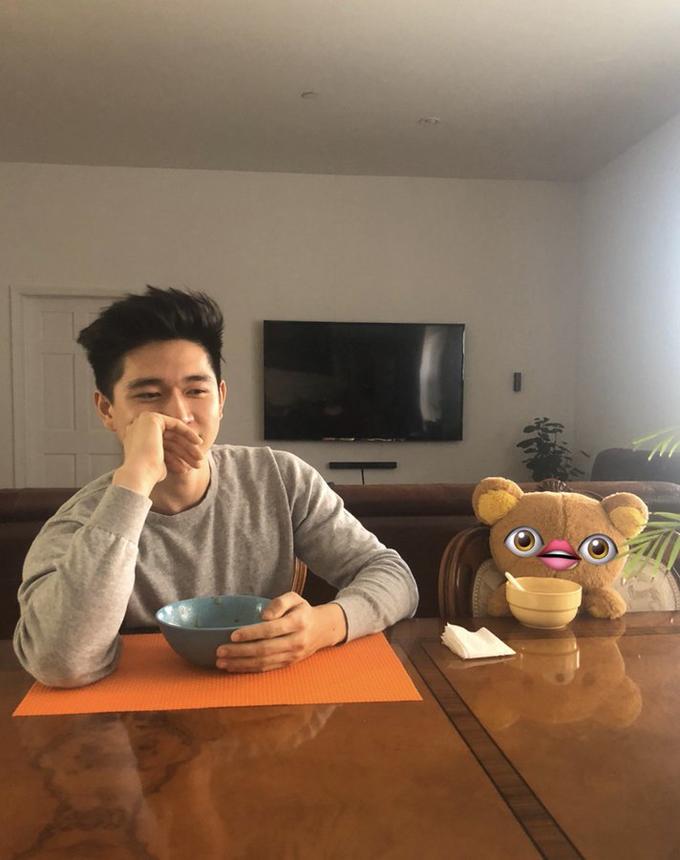 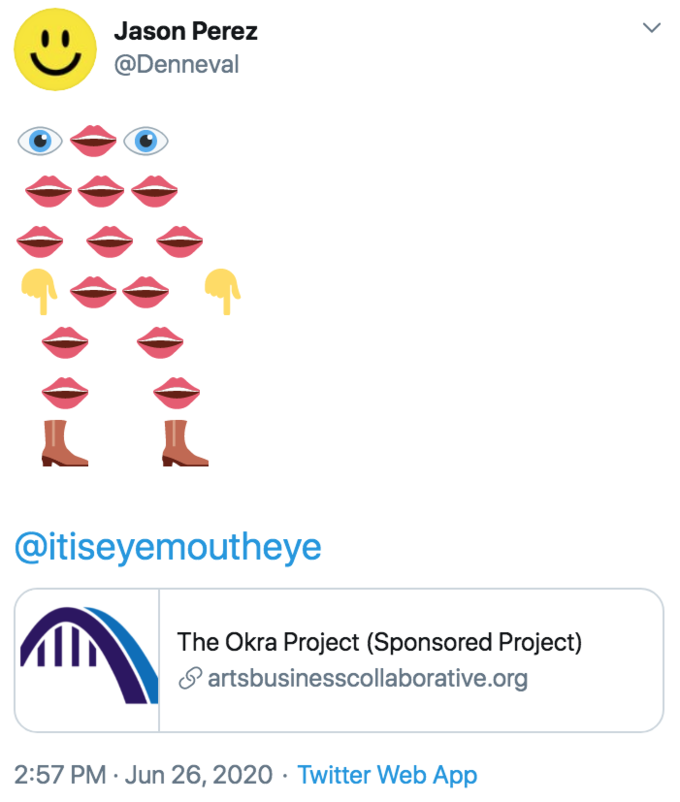 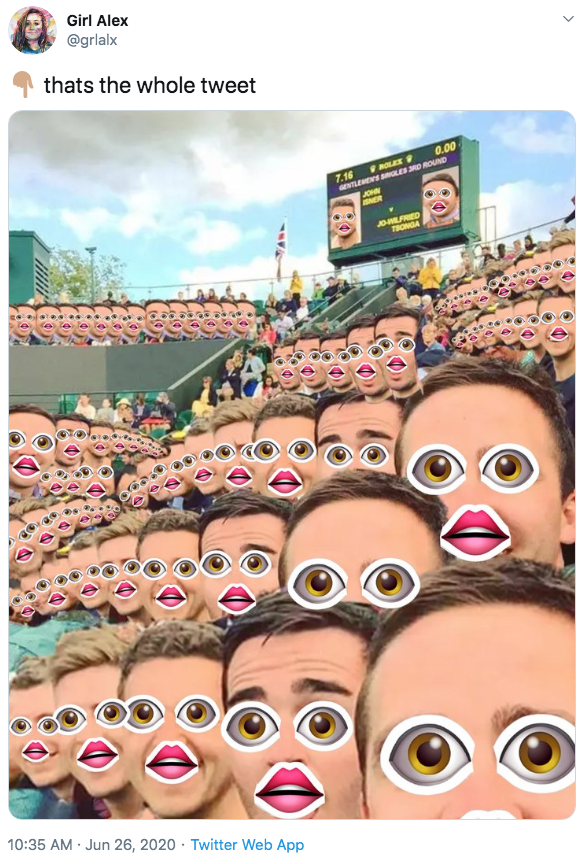 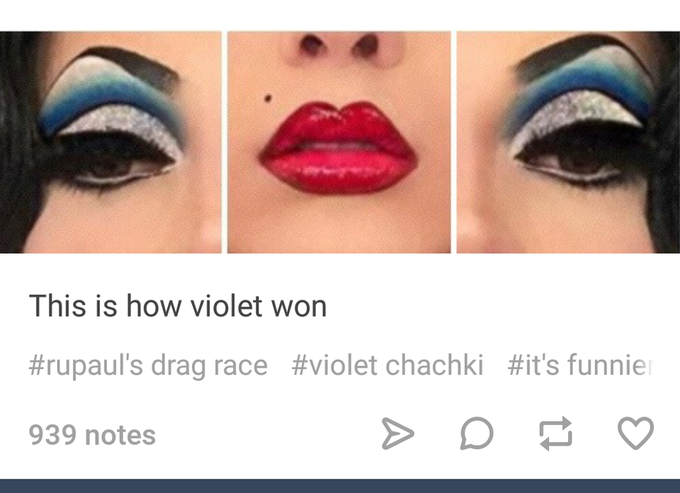 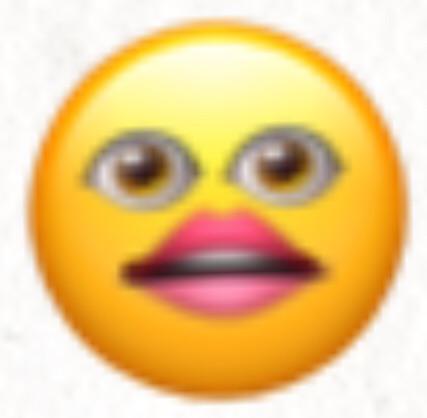