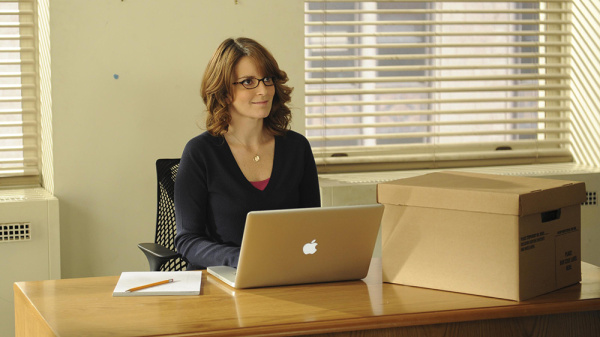 Tina Fey and Robert Carlock, creators of the popular 2000s sitcom 30 Rock, have requested the removal of four episodes of the show that feature characters in blackface. They are episodes “Believe In The Stars” (season 3, episode 2), “Christmas Attack Zone” (season 5, episode 10), “Live from Studio 6H” (season 6, episode 19) and the East Coast version of “The Live Show” (season 5, episode 4).

Fey wrote in a letter that was shared with news publications:

As we strive to do the work and do better in regards to race in America, we believe that these episodes featuring actors in race-changing makeup are best taken out of circulation. I understand now that ‘intent’ is not a free pass for white people to use these images. I apologize for pain they have caused. Going forward, no comedy-loving kid needs to stumble on these tropes and be stung by their ugliness. I thank NBCUniversal for honoring this request.”

The news caused fans to reconsider 30 Rock and the work of Fey in general. Some noted that Fey’s work had a history of using racial stereotypes and humor in offensive ways. In particular, fans brought up the way Fey has portrayed Asian women in Mean Girls, 30 Rock_, and “_Unbreakable Kimmy Schmidt“:/memes/subcultures/unbreakable-kimmy-schmidt.

Tina Fey also has a shitty track record when it comes to depicting Asian people, women in particular. Mean Girls, Sisters, 30 Rock — the underlying “joke” is that they’re hyper-sexual, and looking for green cards/can’t speak English.

When confronted in 2016, Fey was basically a shrug emoji. That same year, Kimmy Schmidt included an episode where Titus believes he’s a geisha and comes under criticism from an Asian activist group. The acronym for that group was RAPE: pic.twitter.com/HV6EJ7k2es

What’s up with Tina Fey’s weirdness with Asians? In Mean Girls, underaged girls being raped by Coach Carr are Trang Pak and Sun Jin Dinh. And it’s played for laughs as the 2 girls fight over him. pic.twitter.com/CIZINQCola

Maybe i’m wrong but i see a pattern in Tina Fey’s ‘comedy’…. 🤔 pic.twitter.com/GDRvF24cXw

Others had a more charitable look at Fey’s comedy, arguing the use of racial humor was not being taken in the spirit intended.

30 Rock is full of cancellable shit. Jokes about Tracy’s ancestry. Multiple white characters imitating Tracy. The entire “Queen of Jordan” arc. The “Hard to Watch” movie. Frank deciding he’s gay for just one person. The mere existence of Twofer. All of this shit is very funny.

Now yall coming for Tina Fey?! Christ the joke that was being made on 30 Rock that yall are so pissed about is actually 100% relevant to what’s going on now!! Yall need to calm down..

Still, the majority of reactions found people reveling in the cancelation of Tina Fey. The news came as many other networks and streaming services are reevaluating their content. Recent, headline-grabbing cuts include HBO’s decision to remove Gone With The Wind and reinstall it with an introduction from film scholar Jacqueline Stewart about its racism and Netflix’s decision to pull a sketch from David Cross and Bob Odendirk’s show W/Bob & David that featured blackface.