American Girl dolls were not ready for the age of Karen. Over the last few months, the name has become one of the biggest in memes, due to a flood of videos of white women calling the police or threatening to call the police on people of color. Many have characterized the character as an entitled white woman who weaponizes the police when they feel threatened by non-white people. So it makes sense that the manufacturer of American Girl dolls would want to distance themselves from this particular American girl.

Unfortunately for them, Adam the Creator, a prolific online meme creator, put together an ad for “Karen 2020 Girl of the Year,” a mock American Girl doll. The character, complete with a grey tracksuit, a bob with blonde highlights and a silver pistol, is an “independent thinker who refuses to wear a mask in public places.” Who wouldn’t want to add her to their collection? 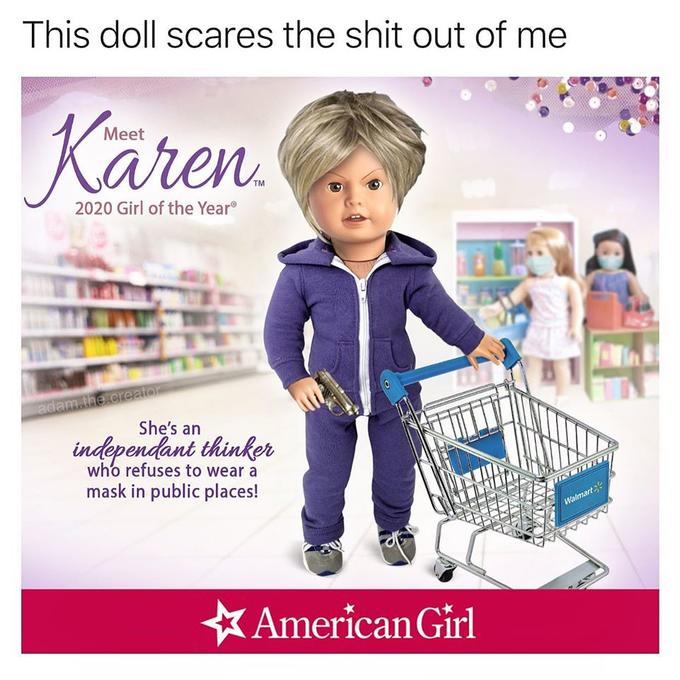 Last week, a disturbed American Girl customer, who apparently mistook the meme for the real thing, tweeted at the company: “@American_Girl I saw a post of an American Girl doll, Karen, who refuses to wear a mask and carries a gun as disgusting. Is this what we want to teach our children?”

The verified American Girl company Twitter account was “equally disgusted” by the joke, assuring the original tweeter that they were “taking the appropriate steps to ensure this is removed.” 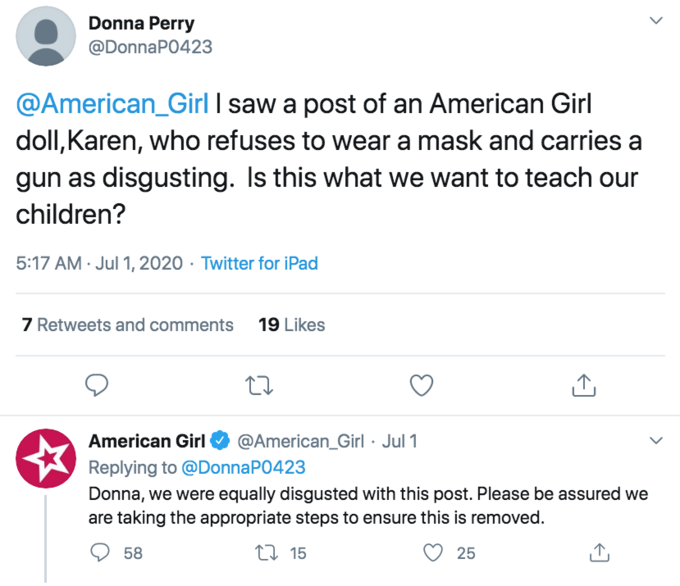 Attempting to move wade through the minefield of internet irony, American Girl struggled to find the proper recourse against the meme. After being accused of boosting the meme by way of the Streisand Effect, in which the company promoted the very image they attempted to censor, the company said they were “working with the appropriate teams at American Girl to ensure this copyright violation is handled appropriately.” However, the company fell silent after someone named @AmericanFapist wrote, “It’s protected by parody, Karen.”

On Facebook, Adam the Creator’s image has been shared more than 10,000 times and received nearly 2,000 reactions.