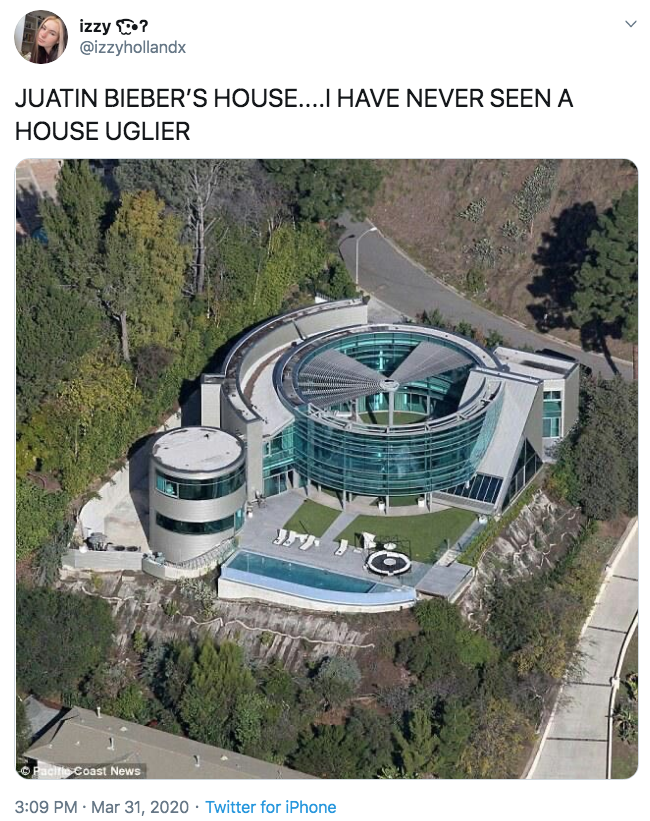 Justin Bieber’s Mansion is an image macro series feature a photograph of a mansion that Justin Bieber rented in 2015, mistaking it for his current home.

On March 31st, 2020, Twitter user @izzyhollandx tweeted a photograph of a mansion that Bieber rented in 2015. They captioned the post, “JUATIN BIEBER’S HOUSE….I HAVE NEVER SEEN A HOUSE UGLIER.” The tweet received more than 27,000 likes and 2,900 retweets in less than one week (shown below).

Following the post, others on Twitter began sharing other jokes about the house’s appearance. For example, on April 5th, Twitter user @nuns_on_film tweeted, “Justin Bieber’s house looks like if Amazon made a community college.” The tweet received more than 44,000 likes and 2,200 retweets in less than two days (shown below, left). The following day, Redditor sunnisheye shared the tweet on the /r/rareinsults subreddit. 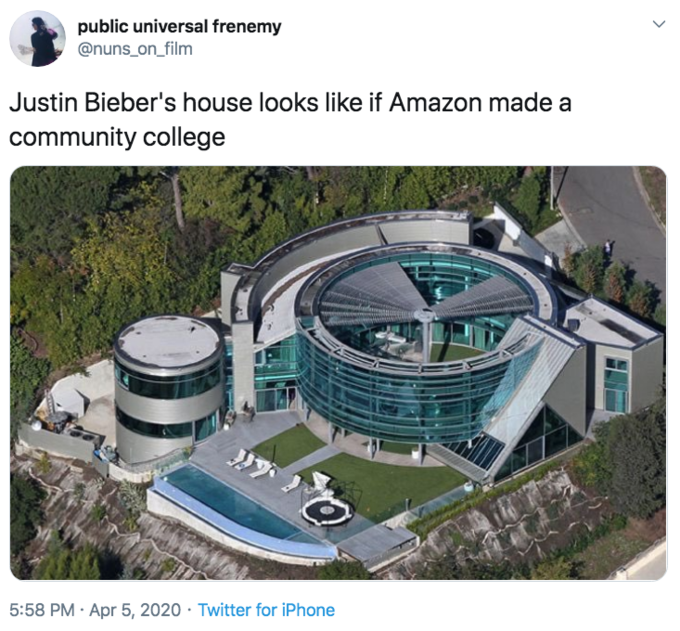 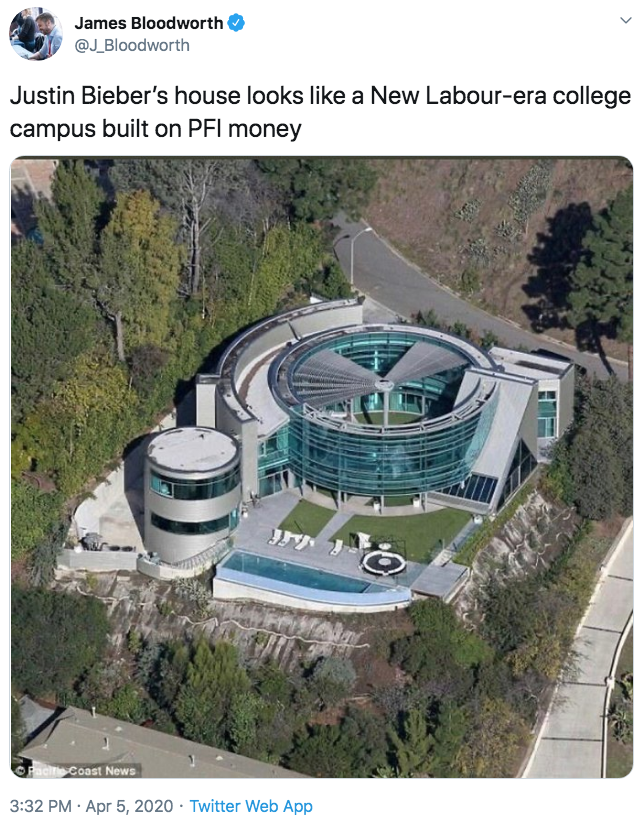 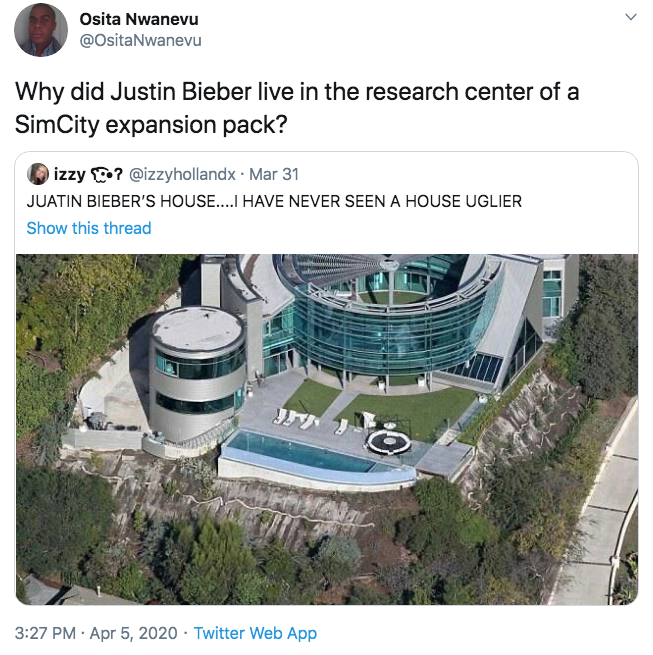 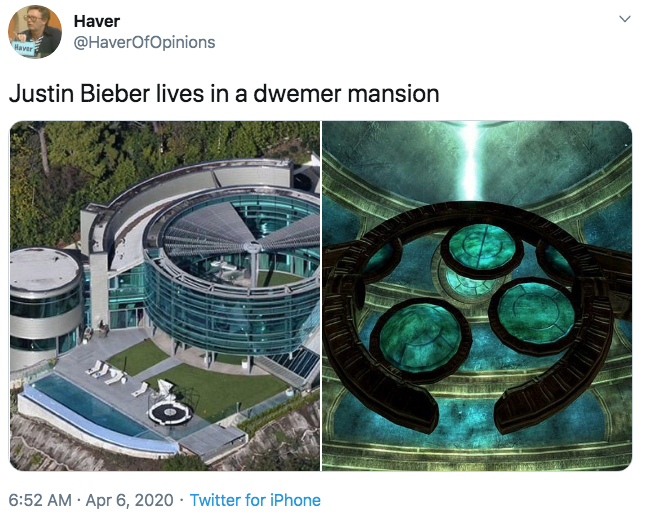 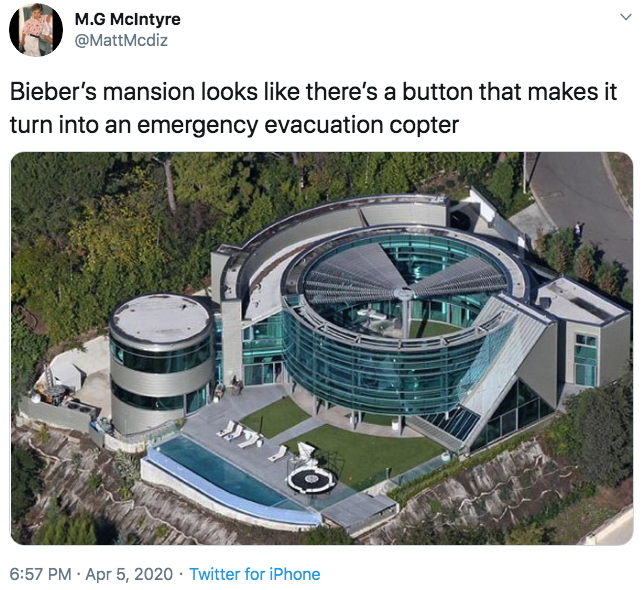 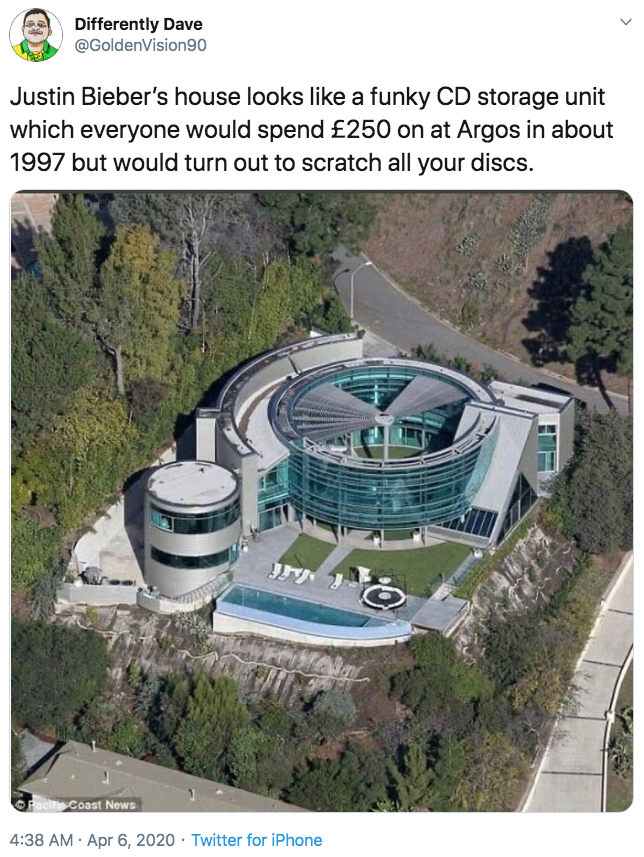 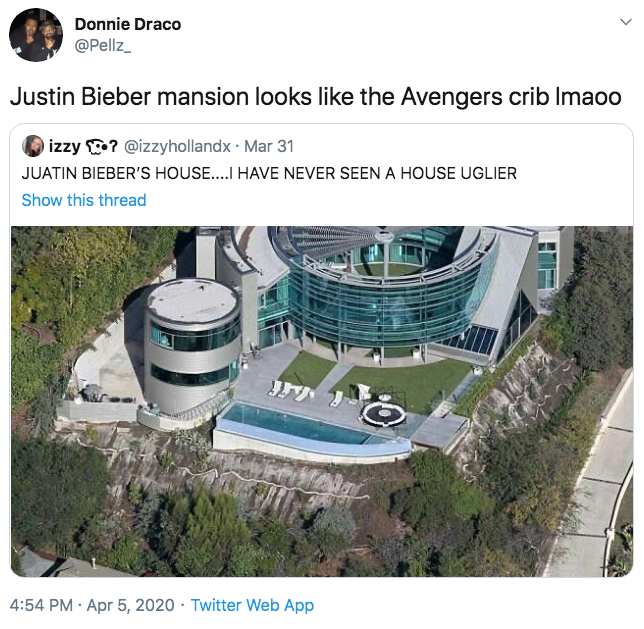 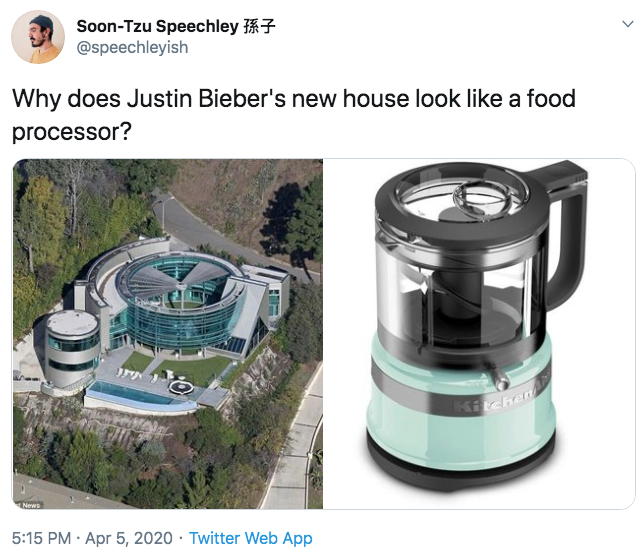 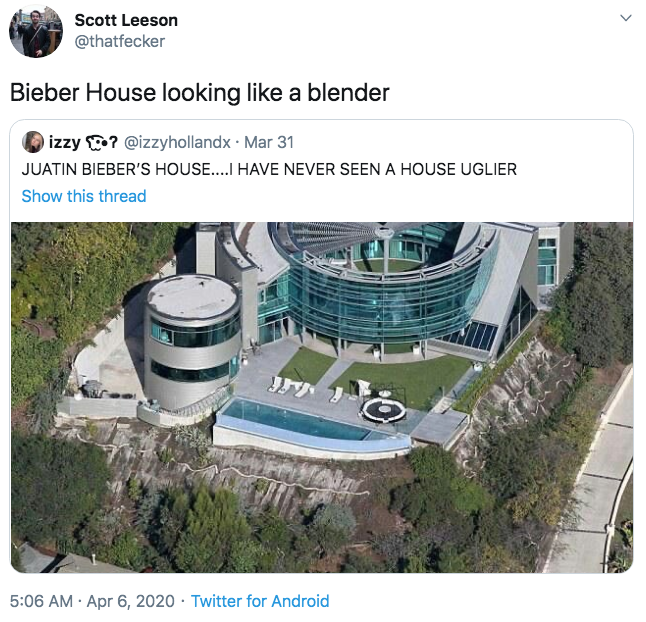 "Potter Puppet Pals" Live On In "Why Must You Hurt Me In This Way" Meme
Chris Ramsay Has Become One Of The Premier Magicians On YouTube
Damn feminists!
The trickster