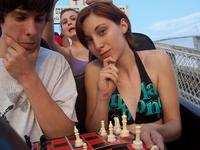 Chess is a two-player strategy board game played on a checkered board with 64 squares arranged in an 8 by 8 grid. During the game, players take turns to move their pieces with the ultimate goal of scoring a checkmate against their opponent. The most popular board game in human history, in 2020 chess saw a surge in popularity online after a number of prominent streamers started playing it.

Chess is believed to be derived from the Indian board game chaturanga sometime before the 7th century, with the early versions of the game spreading in Europe and Asia.

The game received its modern rules in the late 15th – early 16th century and gained popularity as a competitive sport in the second half of the 19th century. In 1924, the World Chess Federation (FIDE) was founded in Paris.

The modern version of chess is played with 32 pieces on an 8 by 8 checkered board. Each player controls eight pawns, two knights, two bishops a queen, and a king, with the goal of the game being checkmating the other player’s king. Each of the pieces follows it’s own rules for movement.

Chess is a popular competitive sport with its own ranking (ELO) system and regular championships. Since 2013 and as of June 2020, Norwegian Grandmaster Magnus Carlsen holds the title of the world champion in chess.

On April 3rd, 2020, American chess Grandmaster Hikaru Nakamura (GMHikaru) streamed teaching prominent Twitch streamer Felix “xQc” Lengyel to play chess. On the same day, both Nakamura and xQc uploaded the VOD of their streams to YouTube, with the videos receiving over 632,000 views and 329,500 views in two months (shown below, left and right).

In the following month, xQc continued to take chess lessons from Nakamura and play chess during his streams. Starting on May 5th, Nakamura also started playing with another popular Twitch streamer boxbox.

Following the start of the co-streams, Nakamura’s Twitch viewership increased in a drastic manner, from an average of 1,900 viewers in March 2020 to over 13,000 viewers in May. A May 17th co-stream with xQc had over 30,000 viewers.

On May 16th, American chess Grandmaster Benjamin Finegold criticized Nakamura for playing with xQc and other streamers, referring to Nakamura as “dickrider” and to xQc snd boxbox as having “negative talent in life.” On the same day, the clip was posted in /r/LifestreamFail, gaining over 2,900 upvotes. On May 24th, YouTuber Cr1tical posted a video in which he critisized Finegold and provided his opinion on the drama, gaining over 1.7 million views in two weeks (shown below).

On May 25th, Chess.com announced PogChamps, a chess tournament for some of Twitch’s most popular streamers, cast by Hikaru Nakamura and Woman FIDE Master Alexandra Botez. On June 5th, the group stage of the tournament began, with xQc, boxbox, Cr1tical, yassuo, LIRIK, Forsen and other prominent streamers participating. During the tournament, the average number of viewers of Chess Twitch channel increased multiple times, peaking at 66,000 simultaneous viewers on June 6th. A number of clips from the tournament went viral; for example, a turn four win by Cr1tical against xQc received over 1.6 million views on Twitch and received over 30,100 upvotes on /r/LivestreamFail in one day (shown below).

Roller Coaster Chess (also known as “Extreme Board Game”) is a photo fad that involves bringing a board game on an amusement park ride, and posing for the camera that takes pictures for souvenirs. It is typically accomplished by gluing the pieces of the game to the board so when the photo is taken it appears as if the participants have been playing the game during the course of the ride. 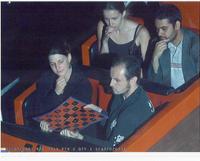 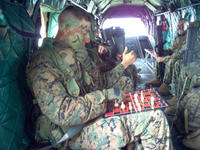 Outstanding Move is a reaction image macro often used as to express a genuine or, in some cases, sarcastic response to a well-executed (or poorly executed, if the meme is used sarcastically) plan. The phrase is usually quoted as a caption in an image featuring a man gesturing towards a chessboard diagram. 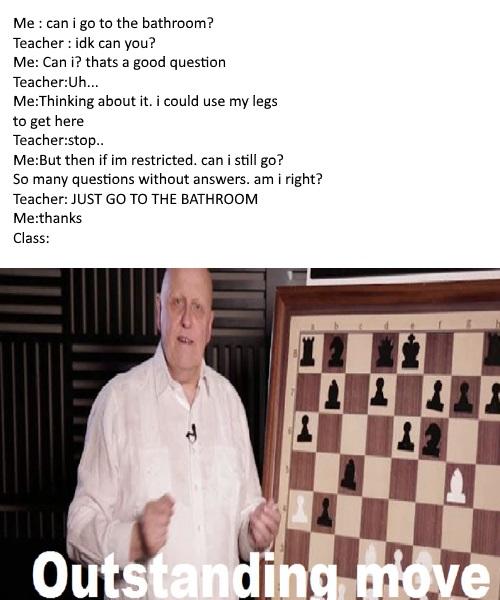 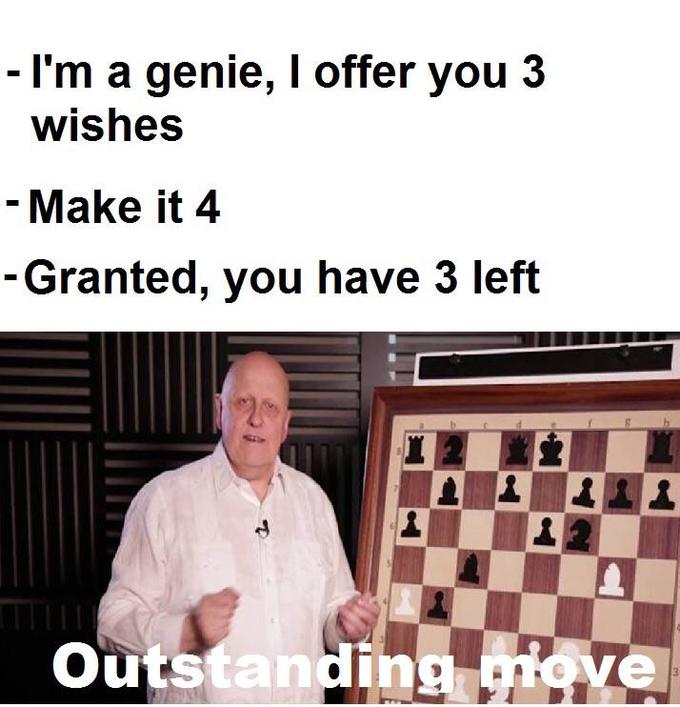 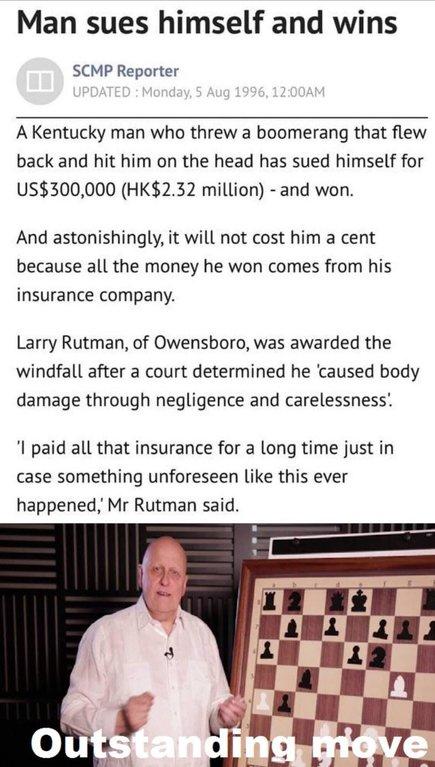 Auto Chess is a genre of strategy video games loosely based on the real-life chess originating from a popular modification for Dota 2. Following the success of the original modification, multiple standalone games in the genre were announced and produced, including Dota Underlords by Valve and Teamfight Tactics by Riot Games.

The Internet Turns On The Mukbang Star Who Ate Live Octopuses
We Would Like To Friend These 15 Old People On Facebook Immediately
Send This To A Fellow King
If You Still Don't Know Which Disney Character You Are, There Is A Way To Find Out