RakugakiAR is an Augmented Reality app for IOS systems where users can bring to life drawings and interact with them. The app was developed by the company “Whatever.”

On July 31st, 2020, the company “Whatever” released the application on the Japanese app store, with a free download for the first 1000 users (shown below, left). After the app reached the top chart for free applications, they decided to extend the free promotion for several more days (shown below, right). 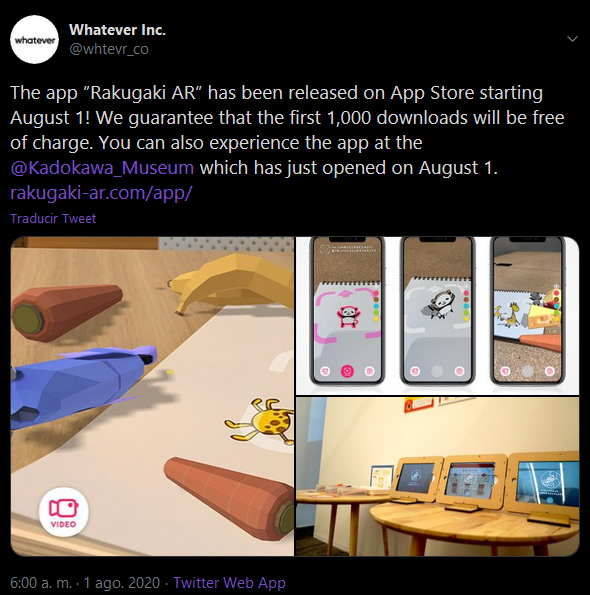 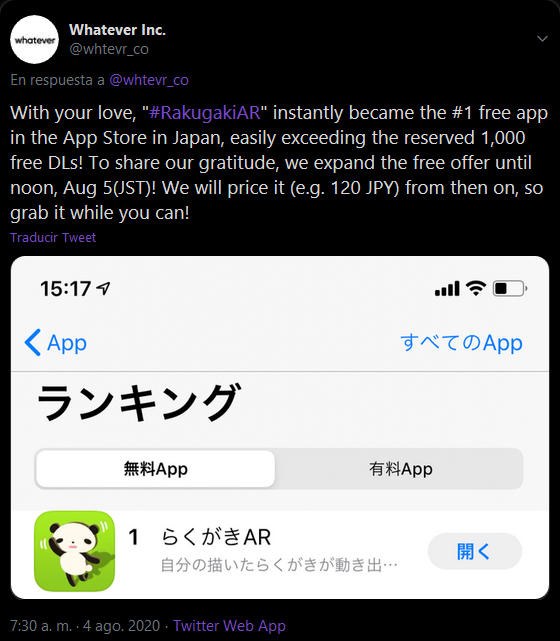 The App allows the user to scan a drawing (or multiple) to bring it to life in a carboard-like style and interact with them in different ways, such as: 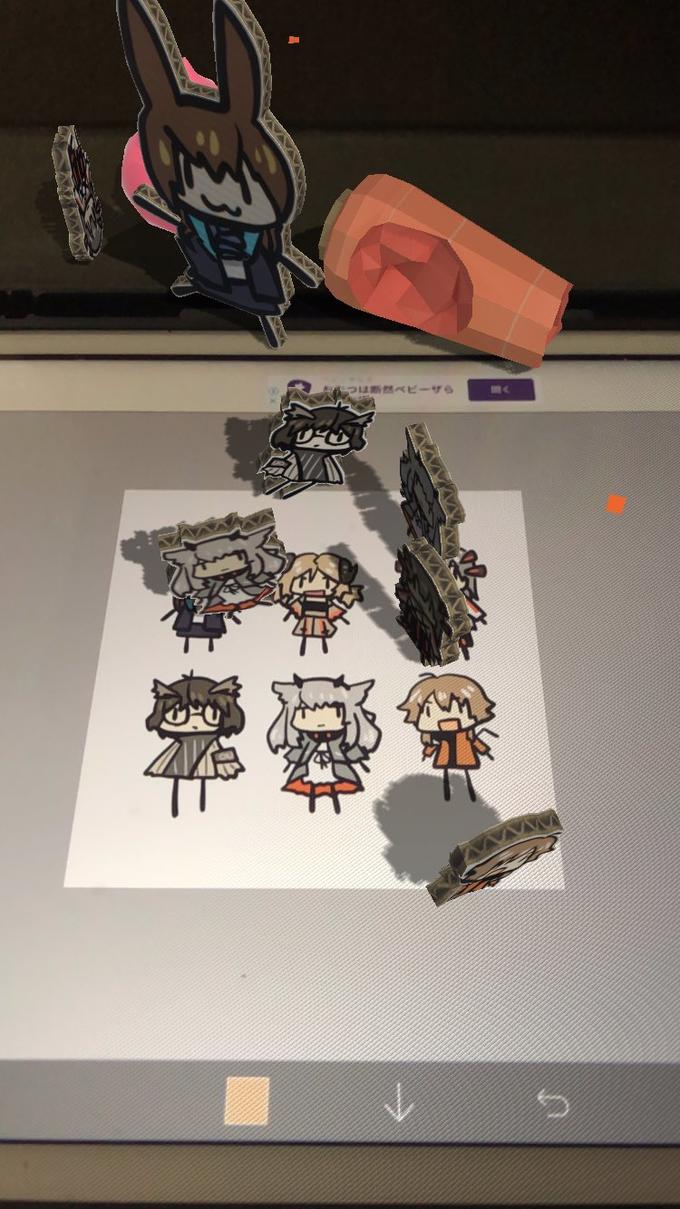 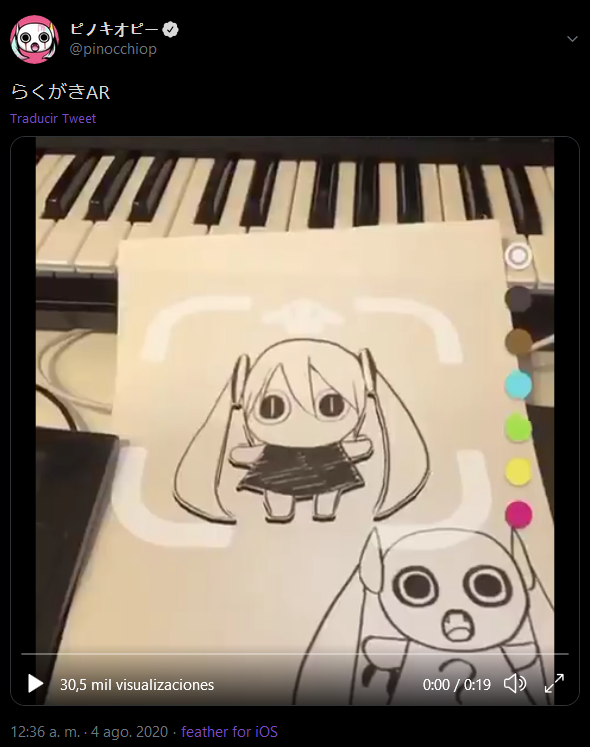 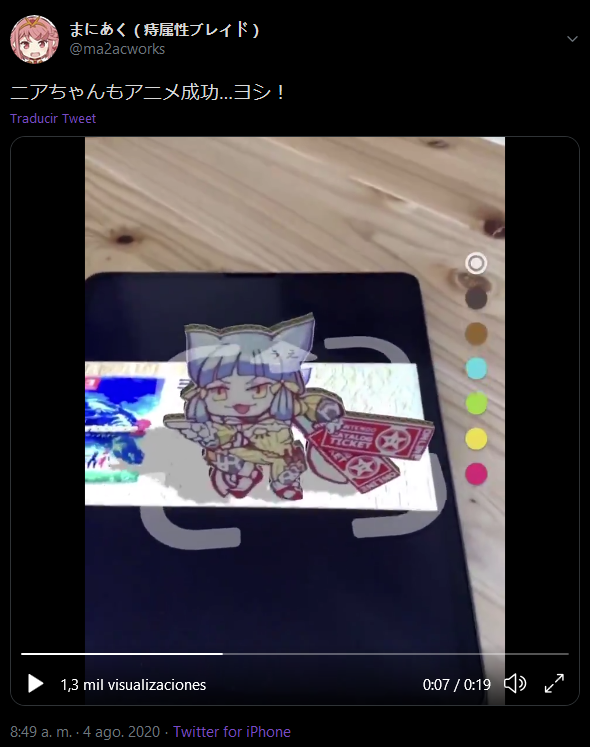