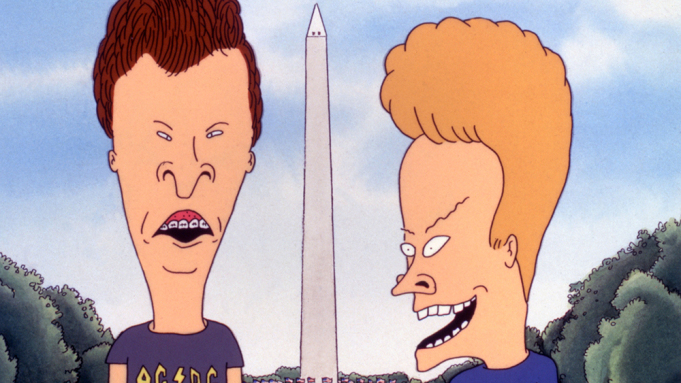 “It seemed like the time was right to get stupid again,” said Judge.

In the series’ original run, the titular duo would mock 90s music videos with juvenile sex jokes. Details are scant about the content of the current reboot, with fans wondering if the pair will remain Gen X or perhaps be updated for a Gen Z audience. A release about the show states the new run will have “meta-themes relatable to both new and old fans–Gen X parents and their Gen Z kids.”

“Beavis and Butt-Head were a defining voice of a generation,” said Chris McCarthy, president of Entertainment & Youth Group at ViacomCBS Domestic Media Networks, “and we can’t wait to watch as they navigate the treacherous waters of a world light-years from their own.”

Very very nice
Redditors Imagine Their Ideal Cyberpunk 2077 Character's Genitalia
No coincidence!
You know how we do.