Bonjour Bear is an image macro of a polar bear peeking its head out of a snow den with the caption “Bonjour.” The image, which originally was a stock photo, became popular on Reddit in early 2019 as a reaction image paired with captions describing something sneaking up on them. The image then saw a resurgence on r/dankmemes and r/memes in early July 2020.

On Nov 23, 2016, photographer Uryadnikov Sergey uploaded his image “The polar bear looks out of a snow den” to stock photography sites such as Adobe (shown below). 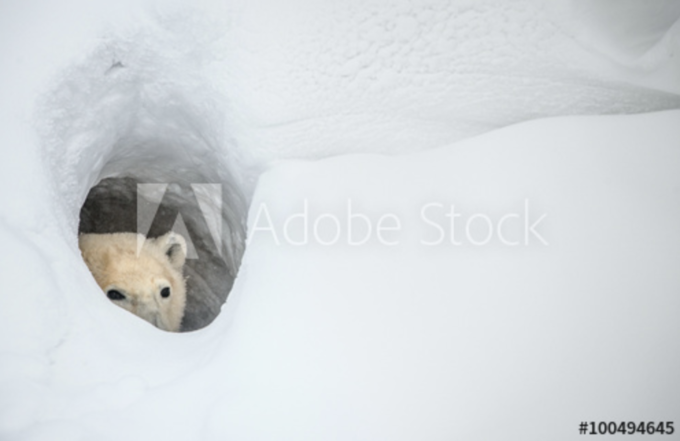 On September 3rd, 2019, Redditor enderkings99 uploaded a Tumblr post by sad-sad-sage which had since been deleted to r/tumblr (shown below, left). The post, which is the earliest known pairing of the text “Bonjour” to the photo, gained over 2,200 points (100% upvoted) in 10 months. On April 8th, 2020, Redditor PoonSwoggle uploaded the image captioned, “finally tries to sleep / my repressed memories” to r/memes (shown below, right). The post received over 36,500 points (99% upvoted) in three months. 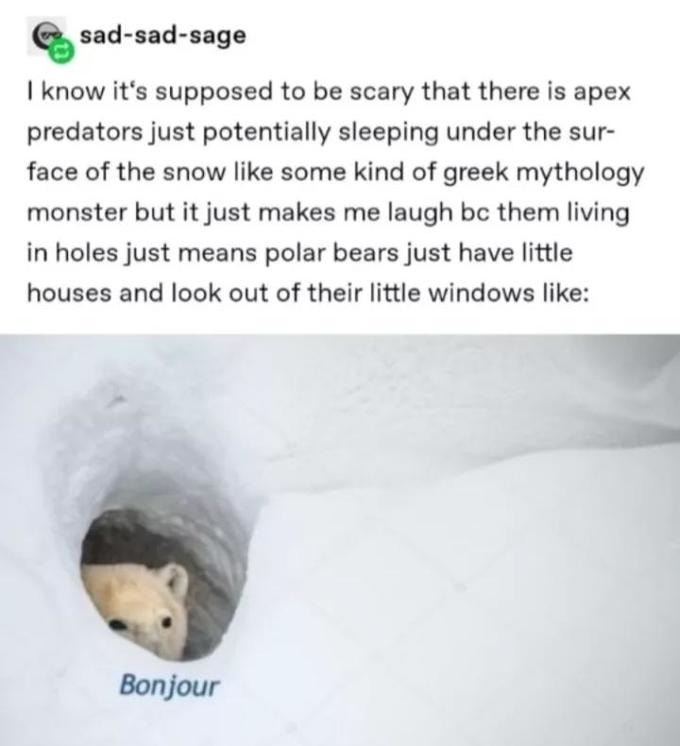 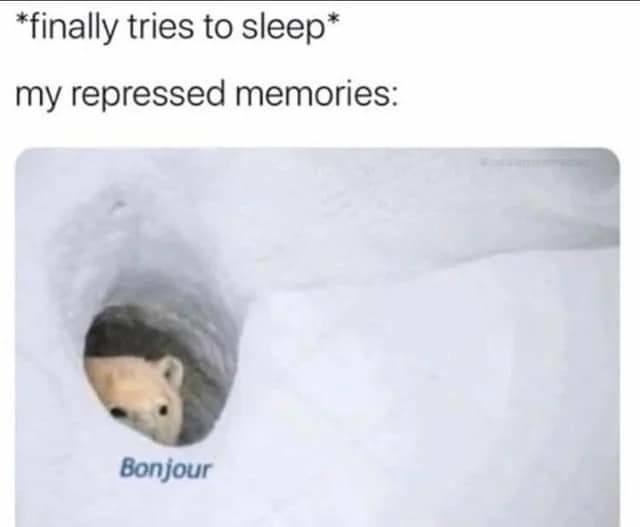 On July 9th, the meme made a resurgence after Redditor SirRedRavxn uploaded a variation captioned, “Me: Is using Hand sanitizer / A wound I didn’t know existed:” to r/dankmemes (shown below). The post accumulated over 91,700 points (95% upvoted) in a day. 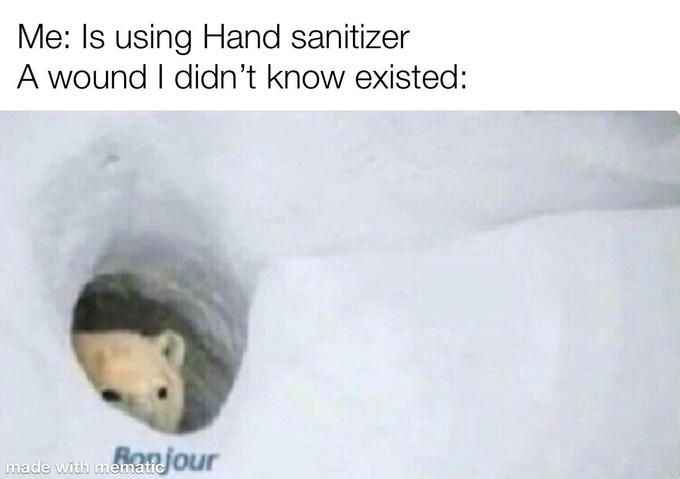 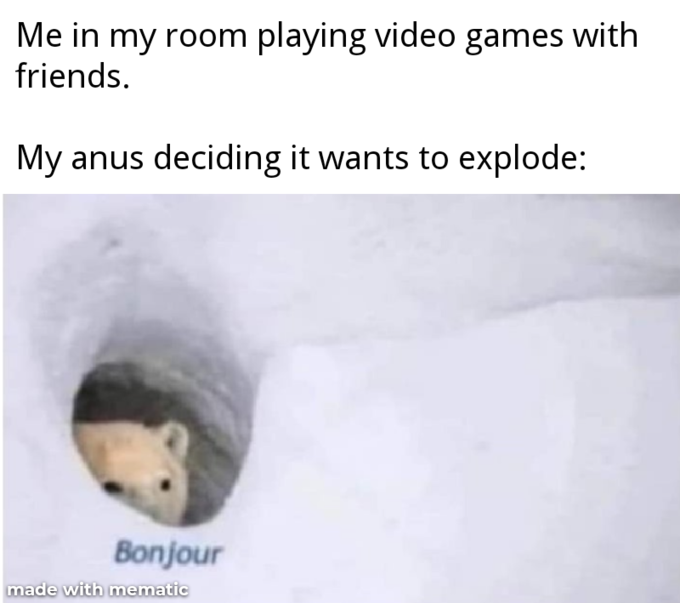 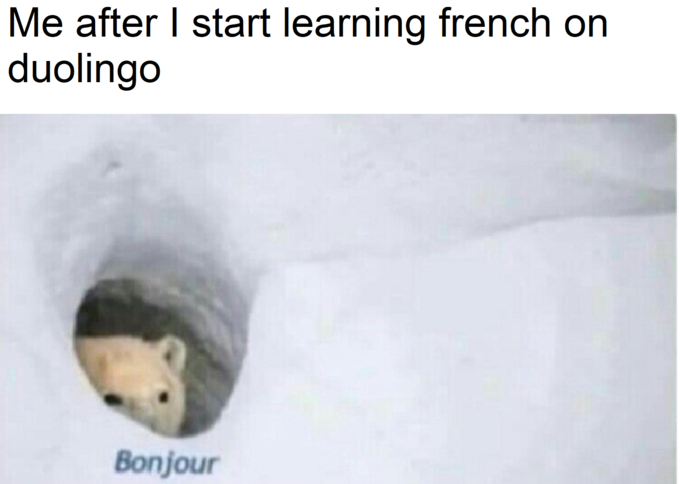 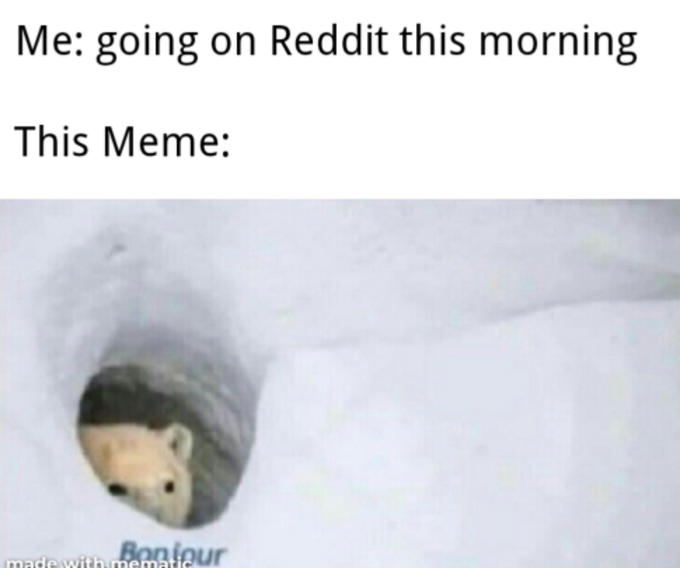 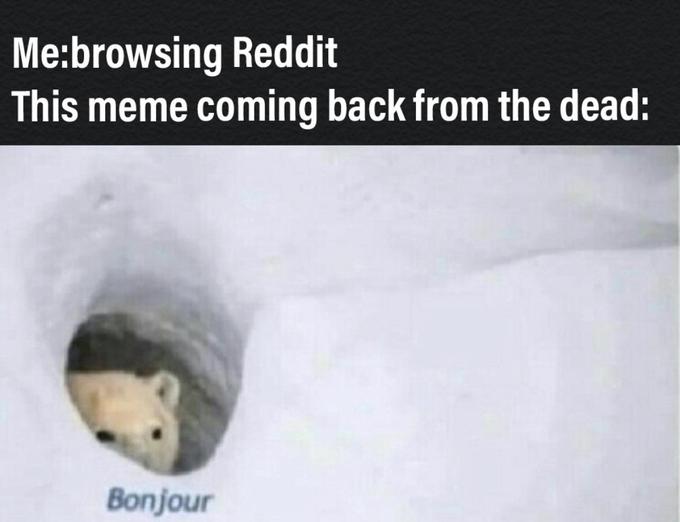 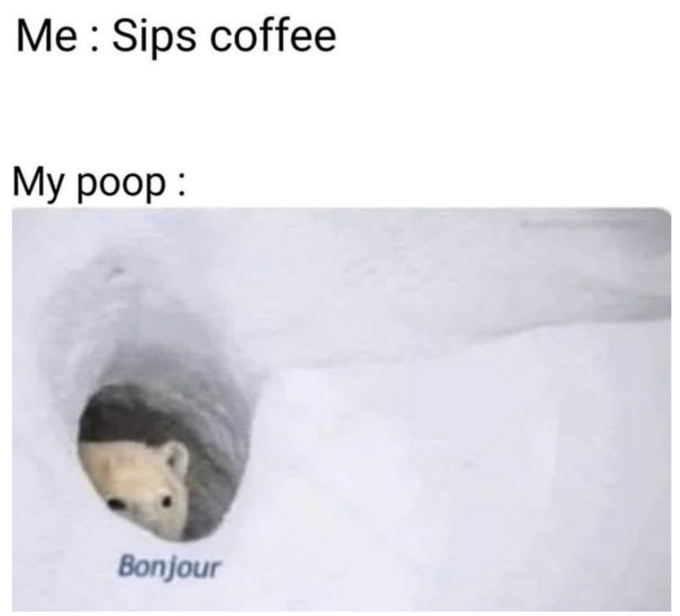 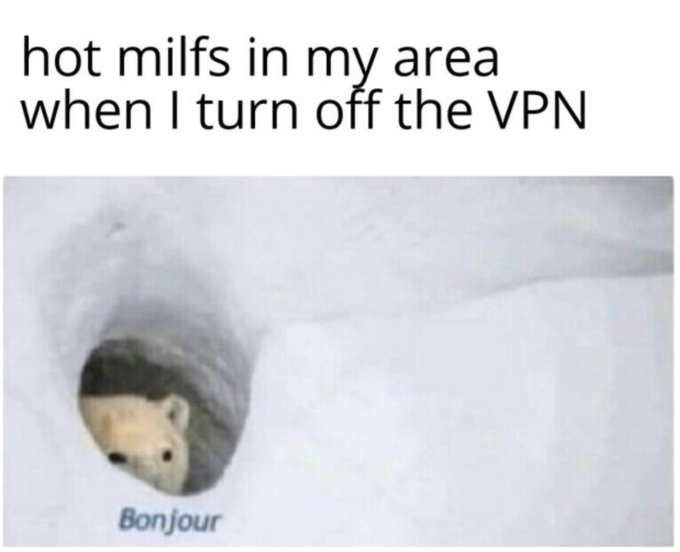 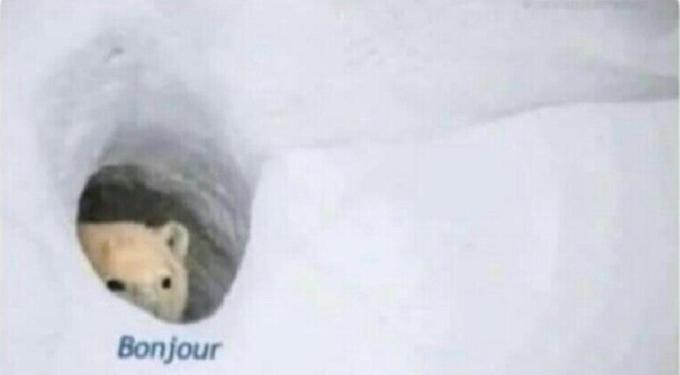