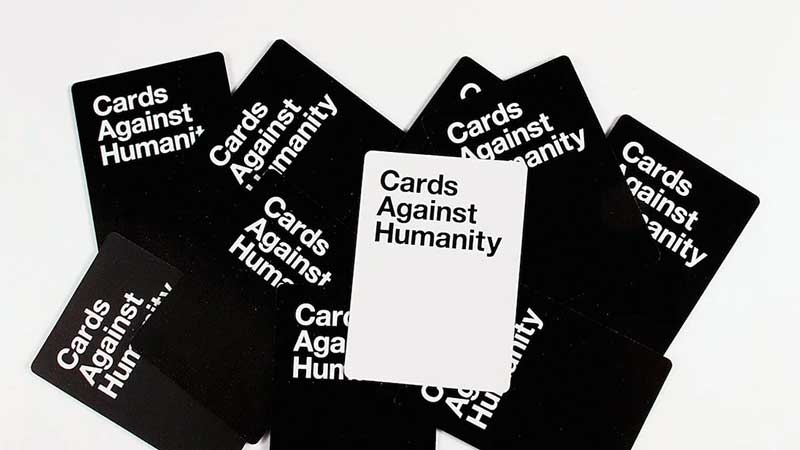 Cards Against Humanity, among the most popular card games in the world, which asks players to make offensive jokes without consequence, apologized for numerous allegations of racist and sexist office behavior. The company’s co-founder, Max Temkin, has stepped down in light of accusations made on social media.

Reports against the company stem from a June 6th thread on Twitter by former CAH employee Theresa Stewart, who identifies as the company’s “first black/queer black woman employee.” The thread reports numerous instances of racist and sexist behavior in the CAH office in Chicago.

Now that there is great traction for the #secondcityisover party, I want us to turn our focus to another beloved Chicago institution #cardsagainsthumanity. As their first black/queer black woman employee, I’d love to share my experience of working there. #cahisover (1/?) pic.twitter.com/lFf0Xu1bED

The thread details allegations of aggressive behavior, in which other employees mock and mischaracterize requests made by black employees–for example, Stewart’s opposition to CAH’s Reparations Day, which she found offensive.

Not only did they not address me (even though I signed it), Max tried to defend the day because the founders are Jewish and paid for their college and such from Holocaust reparations and that is why it was important to them. #cahisover pic.twitter.com/pPegyWknmL

Roughly two weeks later, and approximately one day before Polygon published a damning report against the company, CAH released a statement, announcing changes to the company. The statement includes the resignation of Max Temkin and the hiring of a specialist firm “to review and improve all HR, hiring, and management practices at the company” and “an outside organization will lead workplace training for all partners and employees.”

We are making a public statement. https://t.co/by9Gccgn4f

As Cards Against Humanity rapidly grew from a hobby project in our parents’ basements to a company with 18 full-time employees, we made a lot of mistakes. We want to apologize to employees who were unheard or disrespected in our office. We are truly sorry. We also want to state unequivocally that we condemn harassment of anyone who has posted stories about their experiences at Cards Against Humanity.

They also published their answers to questions from Polygon, on the CAH website.

Polygon’s reporting also features long-standing sexual assault allegations from 2014 against Temkin, which he has denied. They write:

Reached by phone on June 17, Magz recounted the assault to Polygon. Magz asked to be identified only by that nickname, citing harassment she faced online following her original allegations. Magz told Polygon that she fell asleep in Temkin’s dorm room after hanging out with friends there, and woke up with her pajama pants off. She said she froze out of fear as Temkin performed oral sex on her. A second source who lived across the hall from Temkin and was present in the room ahead of the incident told Polygon that Magz had confided in her a week later about the assault.

Today, unfortunately, a false allegation has reemerged and as I have publicly done before, I continue to maintain my innocence. I have never sexually assaulted anyone and I was shocked when this same false allegation was first shared in 2014. In 33 years, no one else has ever accused me of sexual assault or any other non-consensual behavior.

However, these allegations, apparently, affected the game. Other former employees joined the hashtag, accusing the company of refusing to write cards about rape culture. The requests were denied, allegedly, because of the accusations against Temkin.

Since everyone is putting it ALL out there.

We tried to write cards calling out abusers or punching up at rape culture and we’re told they would never be in the game because of the accusations against Max Temkin. We could not draw attention to that issue.#CAHisover

Despite stepping down, Temkin remains a one-eighth shareholder in the company.

Let’s go now
When Did This Become Hotter Than This?
Vector's Back And He's Here To Say: "Hey."
This is me