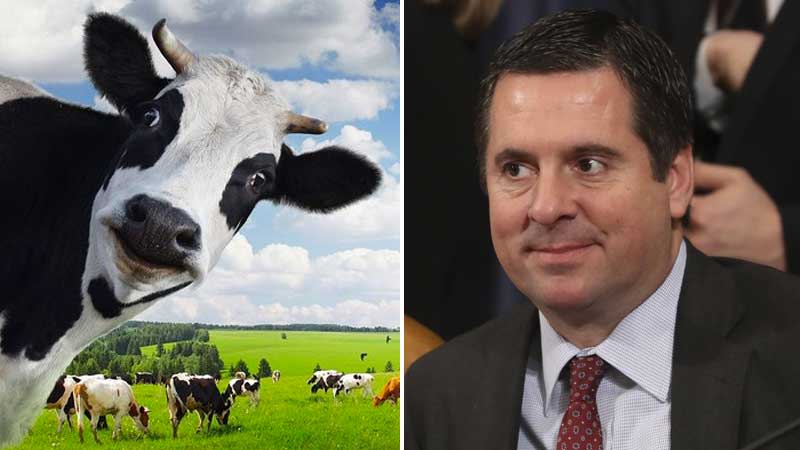 More than one year after filing the lawsuit, Congressman Devin Nunes will have to report issues on Twitter to the site’s mods just like everyone else. Judge John Marshall of the Virginia Circuit Court dismissed Nunes’ defamation lawsuit against Twitter over statements made by the parody accounts “Devin Nunes Cow” and “Devin Nunes’ Mom,” as well as Republican strategist Liz Mair. Nunes sought $250 million in damages. While the court dismissed the suit against Twitter, the lawsuit against the accounts and Mair remains pending.

Nunes first sued Twitter in March 2019 for defamation, claiming that the taunts by the account nearly cost him reelection in California. However, according to Judge Marshall, federal laws absolve social media companies of responsibility for what users post–in this case, an Internet cow and an account pretending to be Nunes’ mother.

“[Nunes] seeks to have the court treat Twitter as the publisher or speaker of the content provided by others based on its allowing or not allowing certain content to be on its internet platform,” Marshall wrote in a letter to Nunes’ lawyer. “The court refuses to do so.”

“A judge has ruled that Rep. Devin Nunes has no right to sue Twitter over statements made by a fake Internet cow.” https://t.co/1C1OdMvwn6

Twitter’s lawyers cited Section 230 of the Internet Communications Decency Act, which protects companies from liability for user comments on their platform. Section 230 has come under fire recently due to Twitter’s continued moderation of President Donald Trump’s tweets. However, unless Twitter actually helped craft tweets by the accounts, they would not be responsible for the alleged defamation. According to the Fresno Bee, “Both Twitter and Nunes agreed the company did not do that in this case.”

Launching in July 2017, Nunes’ cow went viral in 2018 after Nunes began calling attention to the attacks made against him by the joke Twitter-using bovine. Since the lawsuit started, the account has jumped from 1,000 followers to 725,000.

GOP strategist Liz Mair, the only person identified in the lawsuit (Twitter refused to unmask the parody accounts), called the Nunes’ lawsuits an attack on free speech.

“Rep. Nunes took an oath to support and defend the Constitution — all of it and not just the bits he likes — and I hope he will take the opportunity to reflect on that fact again today and proceed accordingly,” Mair said.

The dismissal hasn’t slowed litigation for Nunes, though. In addition to the lawsuits against Mair and the two parody accounts, Nunes is also suing four news organizations for critical statements against the congressman, including CNN; the Washington Post; McClatchy, who owns the Fresno Bee, the largest newspaper in Nunes district; and Hearst, the owner of Esquire.