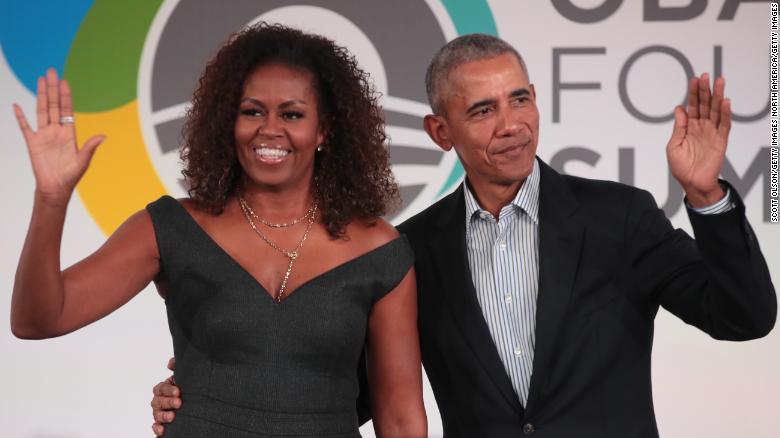 Michelle Obama has, like many of us in quarantine, a lot of time to explore new mediums. One of those happens to be podcasting. Earlier this week, Michelle Obama launched a podcast on Spotify, and the first guest was her husband Barack.

I’m thrilled to announce a new project: The #MichelleObamaPodcast with @Spotify! It’s been a tough year and I hope this podcast can help us explore what we’re going through and spark new conversations with our loved ones. I can’t wait for you all to listen on July 29! pic.twitter.com/89zecZXnrr

The podcast has drawn fawning reviews from critics, with Forbes going so far as to mark several ten-second clips that writer Joshua Dudley called the “best.” Good Housekeeping wrote, “(Michelle) Obama always has the right words to say to make us feel powerful and informed.”

While discussing with Barack the attitudes of young people in the country, Michelle talked about how young people question if participating in government is worth it. Barack noted that the current generation is exposed to a government that doesn’t work every day, and Michelle rejoined that young people know more about the cereal they’re eating than what the government does. Progressives, in particular, were nonplussed at the prospect of listening to the Obamas talk about the failures of government when they held the highest positions in America for eight years.

“This podcast is one of the smuggest things I’ve ever heard,” wrote Twitter user @BernieWatchdog.

This podcast is the smuggest thing I’ve ever heard. pic.twitter.com/TNL6sXqTEu

unless michelle obama’s podcast is her talking about how she’s leaving her dipshit dronestriking loser husband to hack billionaire bank accounts, redistribute the wealth and burn fossil fuel CEO homes to the ground I couldn’t begin to give a fraction of a shit about listening lol

hearing the Obama podcast was a condescending shithow where the two call young people selfish for not voting is the least surprising news today.

who knew the “don’t boo, vote!” guy was a tone-deaf prick.

Others were far more excited about the Obamas podcast, particularly those who continue to miss their presence in the White House.

Been listening to the new Michelle Obama podcast thinking about how much the Obamas represent all that is good about America and Donald Trump represents everything that is bad about America. We went from being led by one of the best Americans who ever lived to arguably the worst.

Michelle and Obama are having the best of the retirements. This family is classic. Now recording podcasts at their home. pic.twitter.com/0lNo5r349n

The eternal and karmic irony is that the Obamas have wound up with the media and celebrity currency; the fame and global adulation that has been ⁦@realDonaldTrump⁩’s life dream, while his brand has been permanently destroyed by his presidency. https://t.co/EEHgBWRkhN

Perhaps unsurprisingly, opinions on the podcast episode seem to have aligned along the same battle lines left-wing Americans have drawn about the Obamas for years. While future guests on the podcast probably won’t be as big a “get” as Barack, the debut episode of the podcast is certainly enough to get eyes on Michelle–which some listeners find noteworthy, as Joe Biden has not picked his VP nominee yet.

To That Watery Grave
Which one do you prefer?
I mean,It could be true
The news we need.