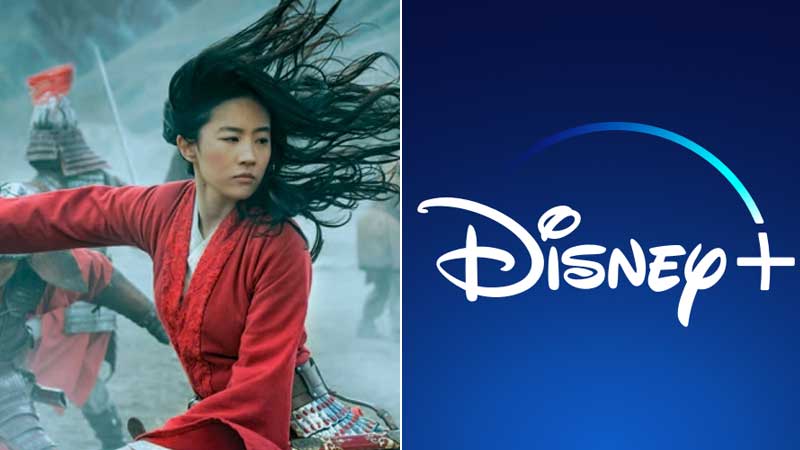 It’s no secret that showbusiness has struggled with the restrictions set to slow the coronavirus pandemic, which has killed more than 150,000 people in the U.S. and more than 700,000 worldwide. The weekly updates on Warner Bros.’ and Christopher Nolan’s Tenet offer a clear example of how difficult the situation has become for studios. Perhaps tired of the release date musical chairs, Disney has decided on a solution for their live-action remake of Mulan, whose March release date came and went during the early days of the pandemic.

Yesterday, Disney CEO Bob Chapek said that Mulan would skip the theaters altogether and go straight to Disney+ on September 4th. However, the VOD release of Disney’s $200 million remake of their 1997 animated classic comes at a premium. Watching Mulan from the safety of your home is going to cost $29.99.

Disney sees Mulan as the exception, not the rule.

“We’re looking at ‘Mulan’ as a one-off, as opposed to saying there’s some new business windowing model that we’re looking at,” Chapek said.

“We find it very interesting to take a premiere offering to consumers at that $29.99 price and learn from it.”

Given that the average movie ticket price in the United States is roughly $10, this is a steal for parents throughout the country. Tickets for a family of four Mulan in an “average” theater would cost about $40, while tickets for a family of four in New York City costs roughly $60. Furthermore, Disney is not offering the movie as a rental. Those who plunk down the money have access to Mulan “for as long as they remain subscribers to the service,” a Disney spokesperson told Insider.

Mulan‘s release has been influx since March. Disney delayed movie’s original March 27th launch as lockdown orders around the country shuttered theaters. Mulan joined Disney’s other 2020 tentpole, “Black Widow:/memes/subcultures/black-widow-film/, the hotly anticipated Scarlett Johannsen superhero film, in limbo, unable to screen due to the dangers from the coronavirus. Disney has yet to reschedule Black Widow, which they intended to release in May.

Warner Bros. has also grappled with the release of Tenet, the new thriller from Christopher Nolan, who has long-championed the theatrical experience. As a result, Tenet‘s release date, initially set for July 2020, has jostled nearly every two weeks since the start of the summer.

Not everyone is particularly thrilled about Mulan VOD release. According to Deadline, U.K. cinema owners feel “blindsided” by the decision. “It’s a f*ck you to exhibitors,” one operator told Deadline. It doesn’t thrill audience members either. In a poll for Variety, 85% of people said they would not “rent” the movie on Disney+. However, Variety mistook the release as rental only. It’s a purchase.

The $30 price tag is keeping people from jumping aboard, with many tweets focusing on the premium.

“You must also pay 30 dollars to see it along with having Disney+’s 6.99 subscription”

Mulan is coming to Disney+!?

Still, most seem to be ignoring the fact that this is not a rental.

For those who have Qs about #Mulan‘s $29.99 price point. You’re not paying for a one time rental. Rep confirms to me, “Once purchased, Disney+ subscribers will have continuous access to the film for as long as they remain subscribers to the service.” https://t.co/8V2JSsZDZC

I mean...
Oh no a virus
The Perfect Being
TikToker Is Getting Backlash On Twitter For Dancing To A Reading From The Quran