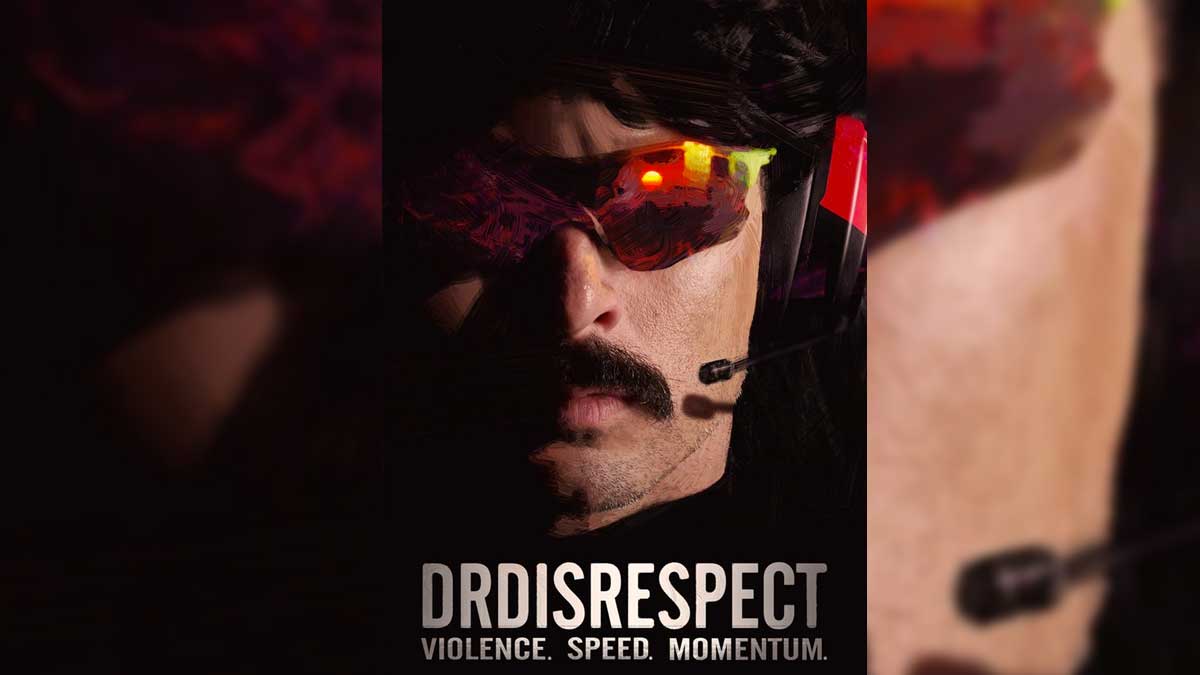 Dr DisRespect, the much-buzzed-about mustachioed video game streamer, is ready to talk. And in March 2021, he’ll have his chance.

Yesterday, the most famous mullet in gaming tweeted that his upcoming memoir is now available for preorder. In true Disrespect-ful fashion, he proclaims that the book will “definitely be a huge, massive, record-breaking bestseller.” The book, published by Simon & Schuster-imprint Gallery Books, hits shelves on March 30th, 2021.

This is my first book, and it’ll definitely be a huge, massive, record-breaking bestseller.

DisRepect announced the book in February this year, less than one month before he signed his multiyear Twitch deal. The book’s publisher describes the book:

“Take a look, baby–I’m on top of the mountain, and I’m only halfway up!”

As one of gaming’s most recognizable and provocative personalities, Dr DisRespect finally reveals what it’s really like being the biggest global streaming sensation and, in his factual opinion, the greatest gamer in history. Featuring exclusive, never-before-told stories from his career and thoughtful advice on everything from growing superior mullets to thoroughly dominating life, this memoir is as unique and unforgettable as its subject.

Dr DisRespect, whose real name is Herschel “Guy” Beahm, is currently attempting to rebuild his injured media career after that Twitch deal mysteriously fell apart this summer. The Verge says that the book is Beahm’s “latest attempt to jump-start his expanded media empire.” That media empire includes his return to streaming last month and an animated series, which he signed on to last year.

Based on the marketing, it appears as though Beahm is writing the book in character. The “About The Author” description says the doc “resides in his multi-million-dollar top-secret complex, where he spends his time closing monster deals on his flip phone, driving his slate-black Lamborghini Diablo, and intimidating his enemies with his mustache, Slick Daddy.”

While there’s no word on whether the book will comment on the deal, it’s likely that that question will drive sales.