We all have a guilty pleasure or two. Guilty pleasures happen when we find ourselves enjoying something we normally wouldn’t, but most importantly, something we wouldn’t want others to discover we enjoy. A guilty pleasure can be anything. It can be a movie, a top-40 song, a bestselling series of books — it doesn’t have to be something obscure, just something that doesn’t fit into your perceived “style.”

If you’re portrayed as a lover of the obscure, your guilty pleasures are more likely less obscure properties, and vice versa. The only thing a guilty pleasure needs to be is shamefully enjoyable to the point of hiding it away for fear of being roasted by your crew. At least, that’s how guilty pleasures work in real life. On the web, they work a little differently, and no group proves this quite like “Drainers” — the nickname of those who are fans of Drain Gang. 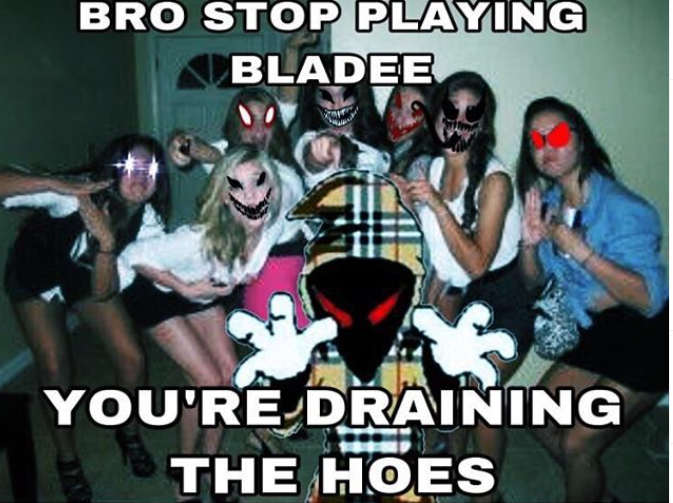 What Is Drain Gang?

Drain Gang is a collective of Swedish musicians and artists under the YEAR0001 record label. The most popular artists in the collective include Bladee, Yung Lean and Ecco2k, who have amassed huge cult followings on the web thanks to their unique style and relatable lyrics.

Members of Drain Gang are known for their specific blend of dreamy, drugged-out rap music and their flamboyant sense of fashion. They tend to use a lot of autotune, and mix elements of pop, electronica and ambient music into banging trap beats. The lyrics are highly emotional, filled with references to drug use, buying expensive clothes, being sad and lonely or partying through the depression. Apparently, this clicks for a lot of people – particularly young men – today.

While each artist has their own area of expertise that makes them sound unique, lovers of one Drain Gang artist are often lovers of them all. This has created a powerful online community of Drainers who share their love of Drain Gang over forums like the /r/sadboys subreddit, /mu/ board and, of course, through memes.

The Guilty Pleasure of Drain Gang

Discourse about Drain Gang is a bit different than other music collectives. You’ll see the same types of discussion on favorite songs, albums and members, but this is often framed in a thick layer of shame and self-awareness. Drain Gangers know their musical taste isn’t exactly “mainstream,” and they’re both perfectly fine with it … and not fine with it. 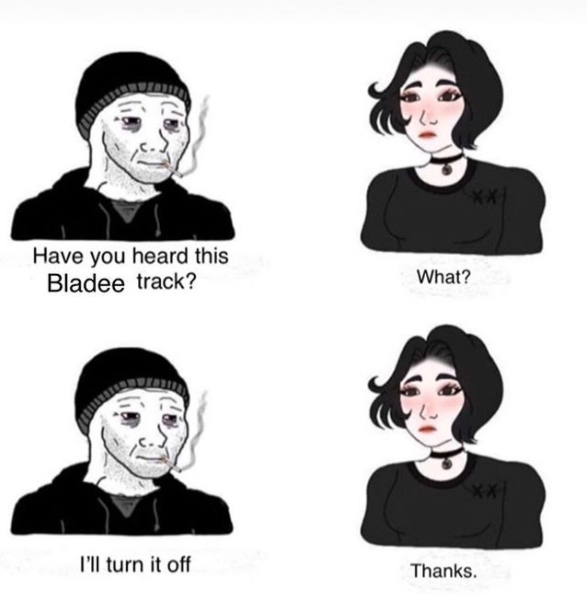 To an outsider, the music of Drain Gang typically doesn’t sound great. The heavy use of autotune is a big turnoff for many, even fans of more traditional rap genres. Where other rappers tend to use autotune and pitch-shifting for technique, artists like Bladee and Ecco2k use it 100 percent of the time. People assume this is to cover up their terrible voices, and this isn’t an unwarranted argument.

For example, Bladee has a nasally, high-pitched voice even through the autotune. Ecco2k frequently sounds like he’s just inhaled helium, and Yung Lean has a low, tired drone that often sounds more like quiet talking than rapping. Beyond the autotune, the unconventional beats, occasional use of sound effects (Bladee’s track “Mallwhore Freestyle” features a cartoon “boing” effect that’s frequently memed) the repetitive themes and lyrics, and even the physical appearance of Drain Gang artists are all common areas of criticism. Interestingly, these also happen to be the exact elements that Drainers love about the scene. 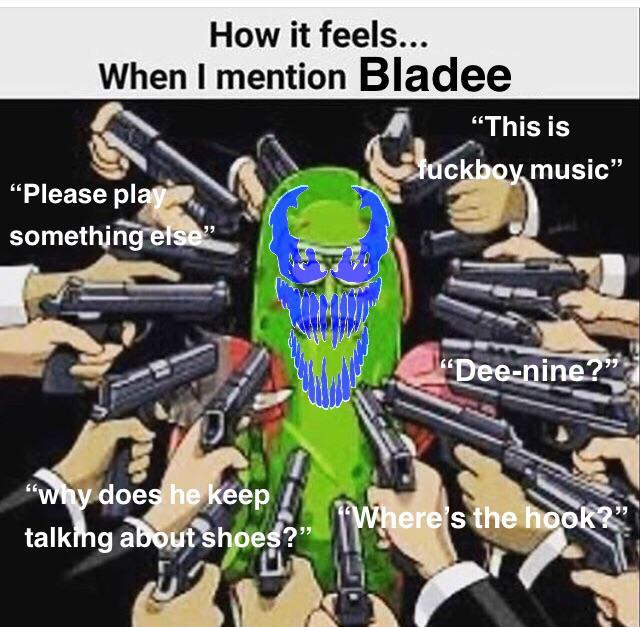 Rather than let these criticisms get to them, Drainers have embraced them in the most self-aware way. Drain Gang is important to its listeners, who find the music relatable and exciting in a sea of traditional artists. Nobody else is making music quite like them, and no matter what the haters say, nothing is going to stop a Drainer from draining. They’ve accepted that their favorite music comes with shame, and rather than try to find a more traditional sound, they’ve become their own biggest bullies.

Nobody bullies Drainers as much as Drainers bully themselves. You’ll find plenty of self-hate and shame in any Drain Gang hub you visit. Meme pages like @draingang.shitposting have garnered over 6,000 followers with this tactic almost exclusively. Over there, you’ll see tons of notable meme formats referring to Drainers being neckbeards, Drainers seeking out a “fully drained” girlfriend to spend their lives with that doesn’t exist and Drainers playing their favorite Bladee album on the aux only to have their friends cringe infinitely. 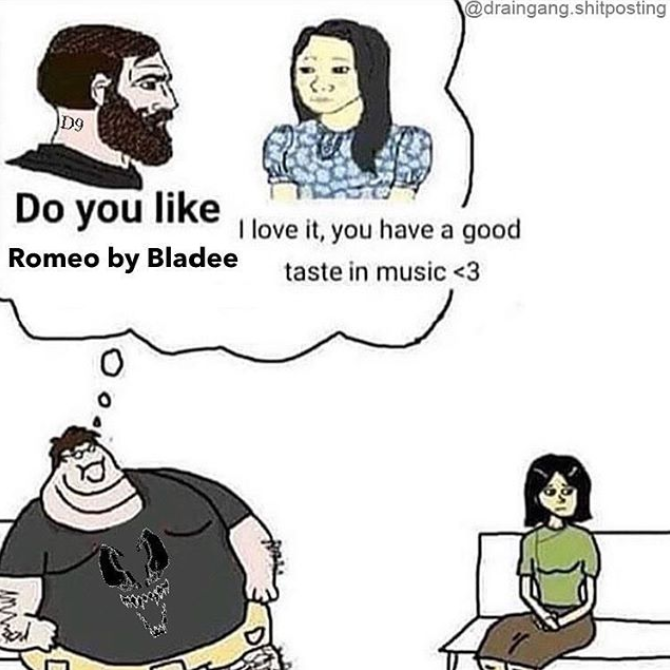 Among these more typical hate memes are plenty of references to being “completely drained,” a term that describes what happens to a person when they listen to too much Drain Gang. A Drainer is depicted as someone who takes party drugs, dresses in flamboyant luxury brands, suffers from depression and looks something like a mix between a mid-2000s emo and a hyped-up rap superstar. The term “drained” is used in a sarcastic way to poke fun at the way Drainers define themselves by their music style and the “sad boy” aesthetic it begs for. Almost all of this hate comes from Drainers themselves. 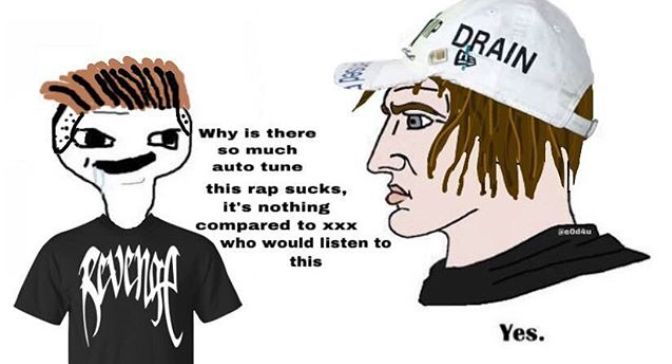 You’ll see these same types of memes used on non-drainer music meme pages, and the comment sections are always similar. Some people express their hate for Drain Gang, some express shameful admiration, but most simply tell you how drained they are. Drain Gang memes attract Drainers no matter where they’re posted, who they’re posted by and what the intent. They’re just happy to see their gang getting some acknowledgment.

By memeing on themselves and adopting self-awareness, Drainers have made themselves largely invincible to hate. They find comfort in the fact that their guilty pleasure is the same as thousands and thousands of others’ and realize that their obsession over Drain Gang, while a bit cringe to outsiders, isn’t unfounded. This same tactic is used by 100 gecs, Weezer, and Radiohead fans, all considered “guilty pleasure” bands in certain circles, and dunked on accordingly. If you can’t beat ‘em, join ‘em, right? 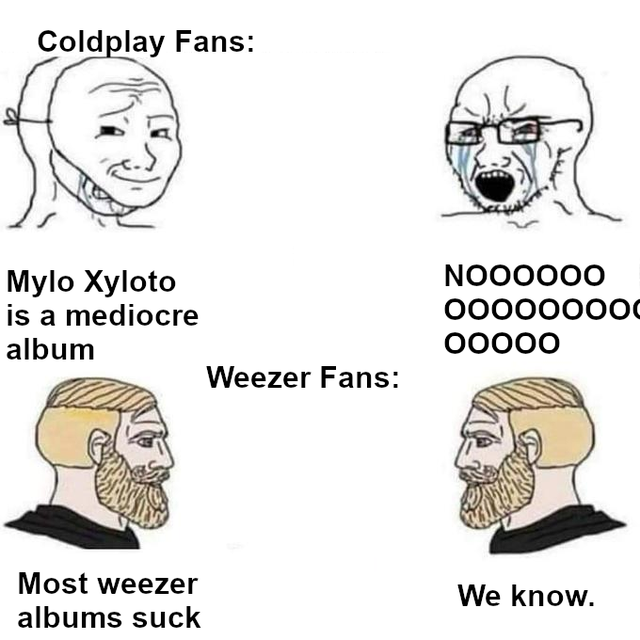 Being completely drained doesn’t just mean falling into an aesthetic, it also means being rubber in the face of glue. It means reveling in your guilty pleasure and putting it on your sleeve for all to see. In the harsh world of memes, you won’t find a much more successful tactic.

I am sleeping Naked from now on
Parents Reveal There Child Is A Cheater In A New Roleplay Trend
Calm Down, Everyone: No Nudes Have Been Found On Delphine's OnlyFans
Iggy Azalea's Kream Is TikTok's Cringe Anthem