The Last Of Us Part II was released on June 19th, 2020. According to Metacritic, the game received a 95 average critic score with 101 reviews submitted, but received a much lower 4.0 user review score, fluctuating between 3.0 and 4.0 in the week after its release (shown below). 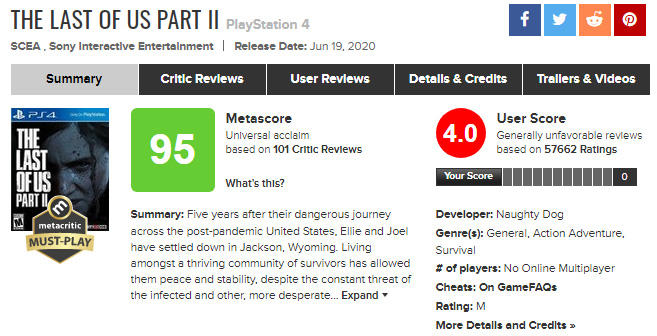 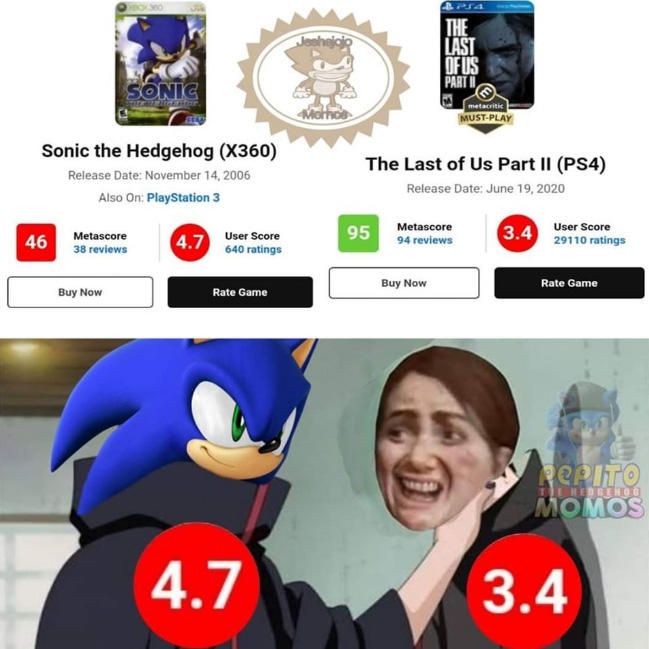 Several other edits appeared the following day. day mocking The Last Of Us Part II‘s review score. For example, On June 21st, 2020, the PlayStation Twitter account posted a GIF advertising the game, and Twitter user @txtlemonasam tweeted an image showing breasts from Dead Or Alive 3 choking Ellie (shown below, left). Facebook user Ichwan Olil made an edit featuring Big Rigs: Over the Road Racing, gaining over 145 reactions and 467 shares (shown below, right). 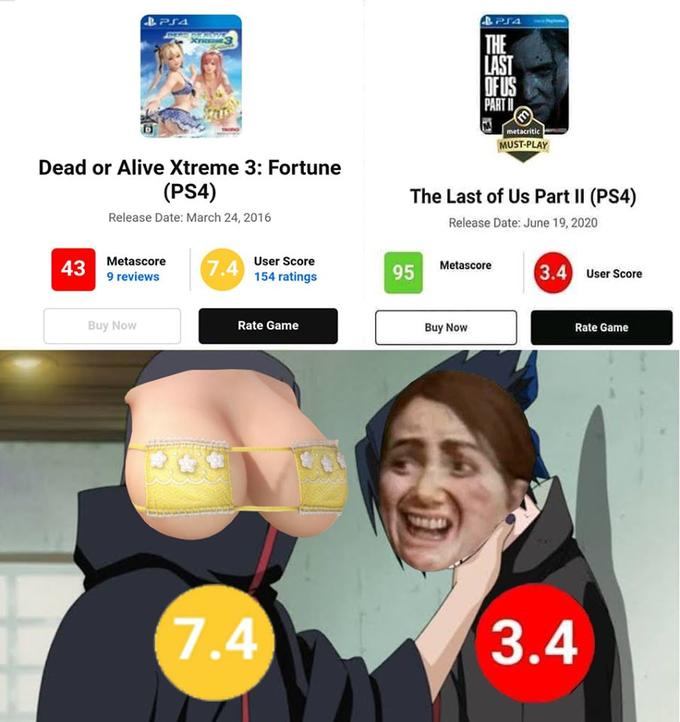 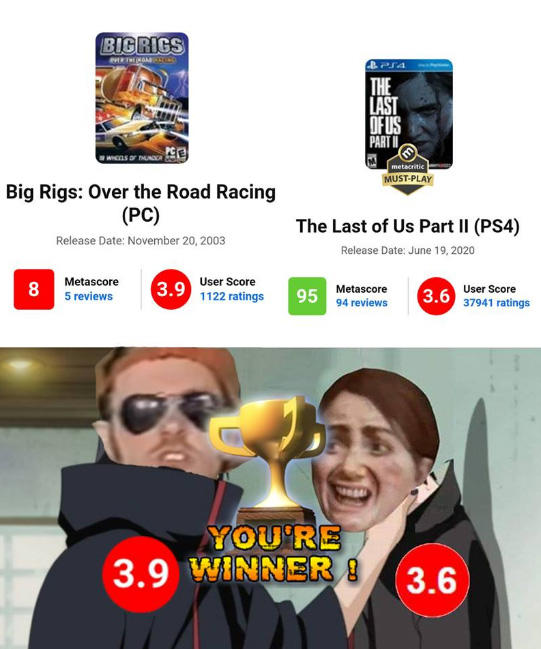 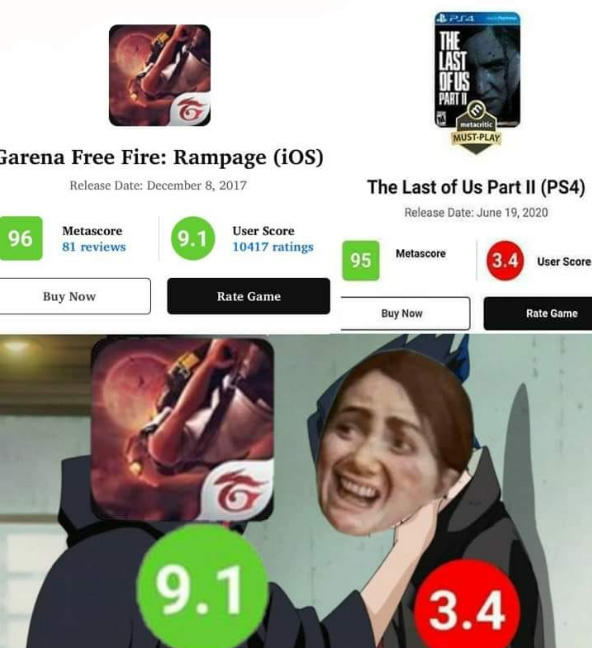 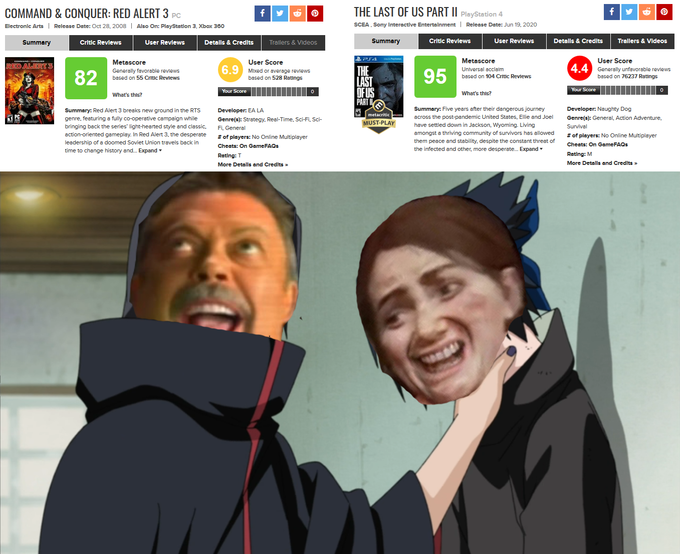 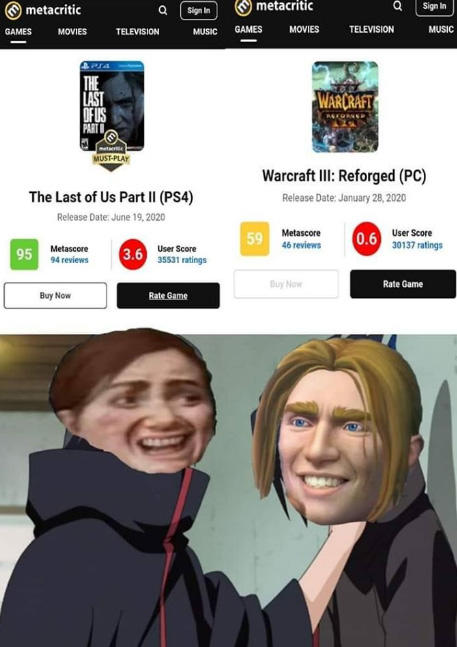 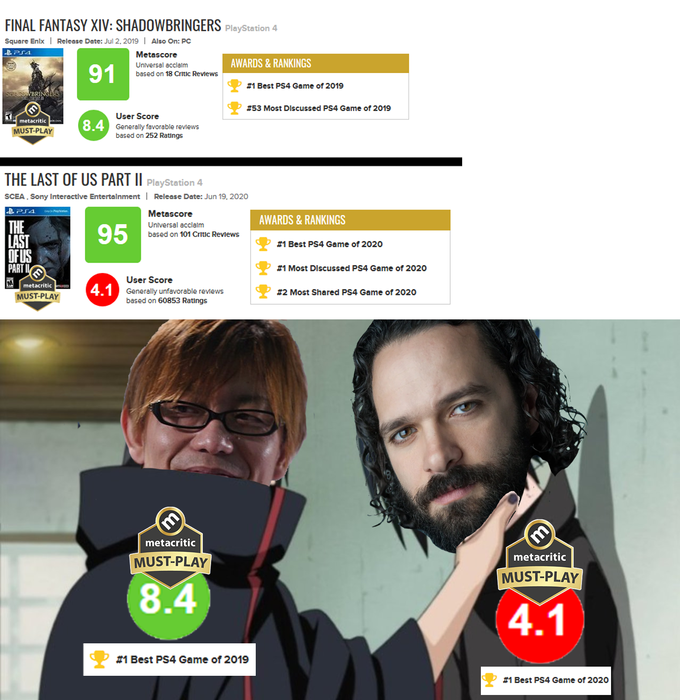 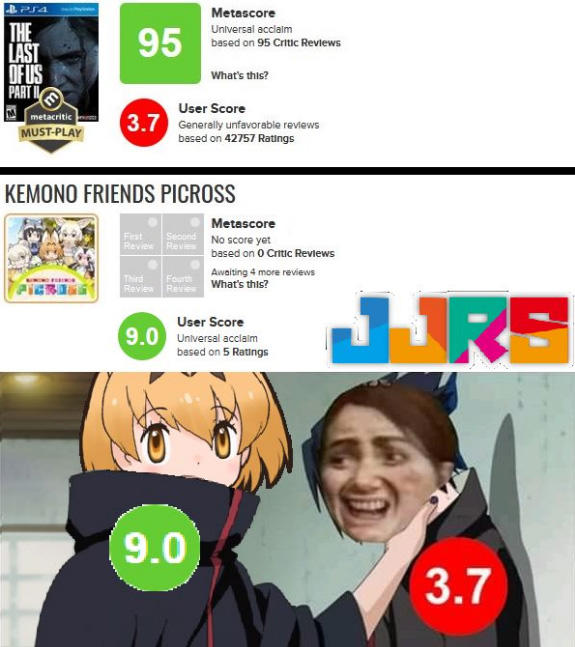 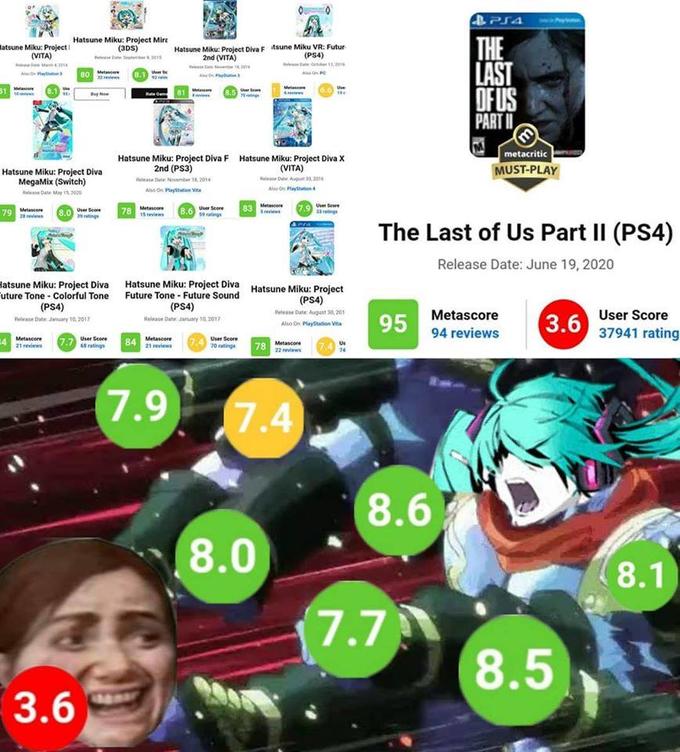 Declaring dominance
Life goals
Baby Pam
Who was that?