Chris Evans’ Nudes Leak refers to a screen recording allegedly posted by Hollywood actor Chris Evans on his Instagram Story that featured a photograph of a penis that many believe to be Evans’. He removed the post within minutes, but screenshots of the Story continued to circulate around the internet. Fans on social media, in response, attempted to SPAM conversations about Evans with wholesome images of the actor, requesting that people respect his privacy.

On September 12th, 2020, actor Chris Evans posted a screen recording video that featured a shot of the device’s photo gallery. Among the thumbnails was a picture of Evans’ penis, allegedly (screenshot below).

Following the post, people began posting jokes, memes and reactions to the image. For example, Redditor 020Flyer posted a an image of Ant-Man in the /r/marvelmemes subreddit. They captioned the meme, As far as I’m concerned, that’s America’s penis.” The post received more than 3,400 points(97% upvoted) and 370 comments in less than two days (shown below, left).

Others joked about other photographs in the camera roll, including a headshot of Evans with the caption “Guard. That. Pussy.” Twitter user @emmaleetpwk shared the image with the caption “i don’t care abt the dick pic i want to know why this was in chris evans camera roll.” The tweet received more than 9,000 likes and 1,000 retweets in less than two days (shown below, center).

Twitter user @DraiseyA tweeted a screenshot from the film Avengers: Endgame in which Captain America fights Captain America (both portrayed by Evans). They captioned the post, “Chris Evans Finding out who posted the nude of him.” The tweet received more than 14,000 likes and 1,700 retweets in less than two days (shown below, right). 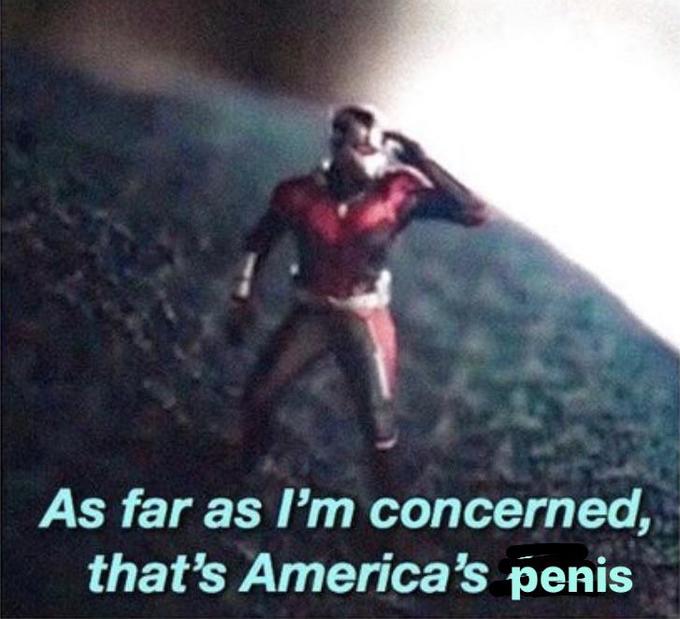 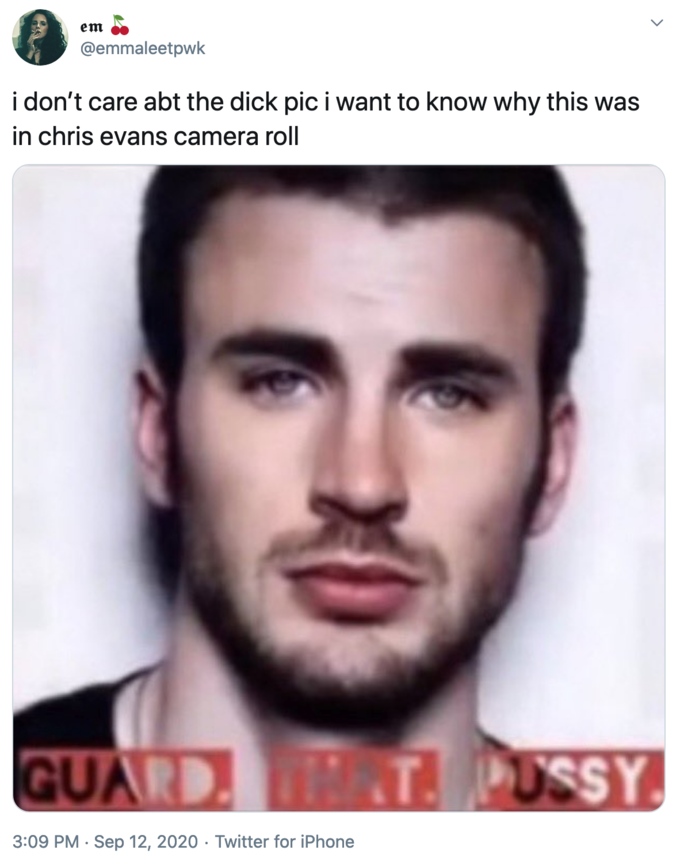 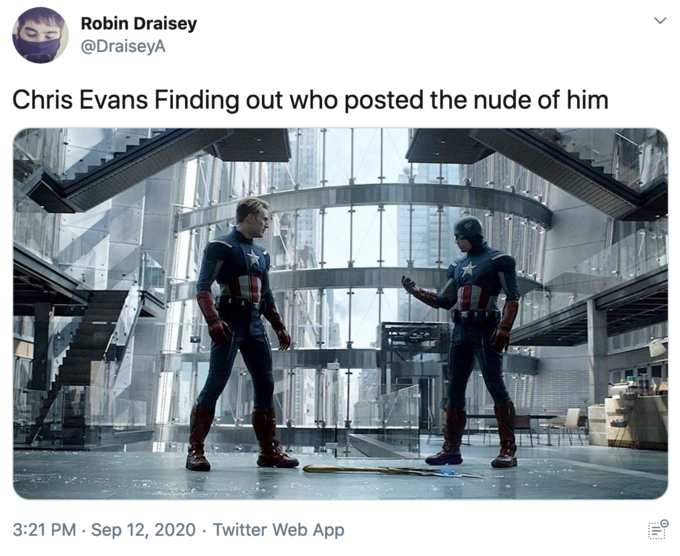 Some fans tweeted messages of support for Evans, who they say deals with anxiety, asking people to be respectful of the actor’s privacy. For example, Twitter user @iamkaarthikeya tweeted, “Chris Evans has done so many wonderful and kind things for our community. Today he mistakenly posted a personal image for a brief moment before taking it down. Chris has struggled with depression and panic attacks. Please respect him and his family delete that photo.#ChrisEvans.” The tweet received more than 2,900 likes and 650 retweets (shown below, left).

Throughout the day, other fans posted memes about “why Chris Evans was trending,” stifling conversation about the photograph with images of Evans with dogs and other memes (examples below, center and right).

Some public figures, including Evans’ Marvel co-star Mark Ruffalo, joked about the post. He wrote, “.@ChrisEvans Bro, while Trump is in office there is NOTHING you could possibly do to embarrass yourself. See… silver lining.” The tweet received more than 316,000 likes and 48,000 retweets in less than two days (shown below, left).

Evans’ brother, Scott, who some believed was the person in the photograph, tweeted “Was off social media for the day yesterday. So. What’d I miss?” The tweet received more than 103,000 likes and 9,000 retweets in less than 24 hours (shown below, right). 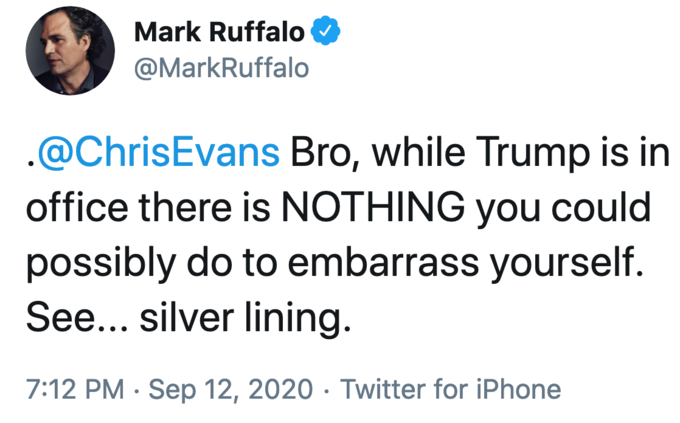 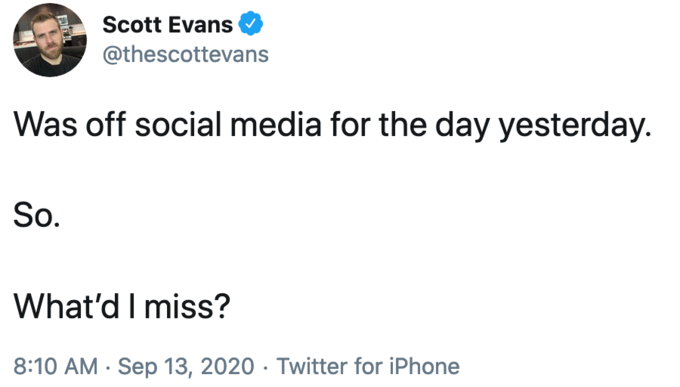 On September 13th, Redditor noomehtrevo asked aboutt he memes in the /r/OutOfTheLoop subreddit. The post received more than 4,000 points (93% upvoted) and 300 comments in less than two days (shown below).