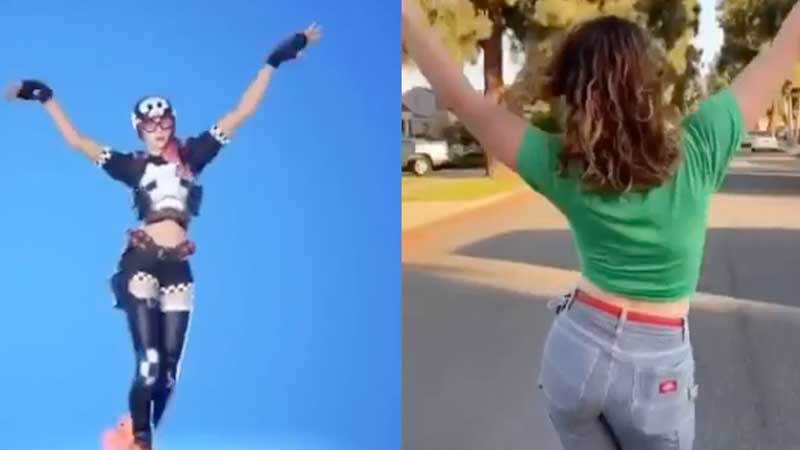 Ana Coto, the TikTok star who helped make rollerskating cool again, is now part of the all-too-familiar story. Joining a chorus of other viral dancers, Coto accused Fortnite of taking her moves without credit.

In the last few years, Fortnite faced allegations from various viral dance stars, including The Backpack Kid and Alfonso Rivera, who played Carlton on the television series The Fresh Prince of Bel-Air, of stealing their intellectual property. Both sued the Epic Games, the makers of Fortnite, for using their likeness and IP.

“@Fortnite flattered but no dance credit?” Ana Coto posted on Instagram, along with a side-by-side video showing her viral video and the “Freewheelin'” emote.

Coto’s original video went viral in April of this year, garnering more than 15 million views on TikTok. Some credit the video with re-popularizing rollerskating during the coronavirus.

fortnite ripped off ana coto’s skate dance to “jenny from the block,” which went viral in april and inspired the Great Rollerskate Shortage of 2020. the original video has 15.7 million views on tiktok. pic.twitter.com/uuikB6deRI

Following years of controversy, Fortnite appeared to change its tune when dealing with these situations by taking strides to credit dancers. Last month they added the “Renegade Emote,” crediting the dance’s creator Jalaiah Harmon.

The Renegade Emote is available now in the Item Shop now! pic.twitter.com/EeXtdcxubh

The legality of copyrighting dance moves has been at the center of these credit disputes. According to the Verge, “In April, a judge ruled that the creator of the ‘Phone It In’ dance didn’t have much of a case, dismissing most of the claims because Epic’s avatars were sufficiently ‘transformed’ — in other words, they didn’t look like him.”

Coto told the Verge that Epic Games has yet to respond to her post.