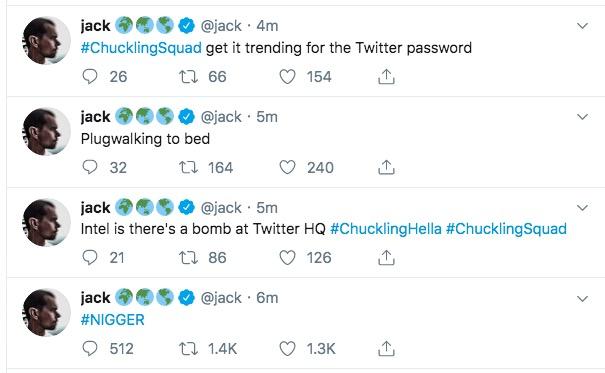 In August of 2019, Jack Dorsey, CEO of Twitter, suffered the ultimate security embarrassment when he was hacked by a gang called the Chuckling Squad. The group briefly took control of Dorsey’s account and turned into a 4chan message board, tweeting juvenile memes and anti-semitic messages.

A member of The Chuckling Squad known as Debug told Motherboard that the hacker behind the takeover had been arrested two weeks ago. Their name was not released because the hacker is a minor.

The hack had been performed using a technique called SIM-swapping, a practice where can trick a wireless provider into giving them a phone number. The Dorsey hacks were performed using this and Twitter’s now-defunct text-to-tweet feature. This technique was allegedly also used by the hacker on Santa Clara County Deputy District Attorney Erin West.

Evidently, the hacker and the Chuckling Squad had some sort of falling out that led to the hacker being kicked out of the group in October. Debug claimed the hacker would “be weird,” swatting celebrities for a follow back.