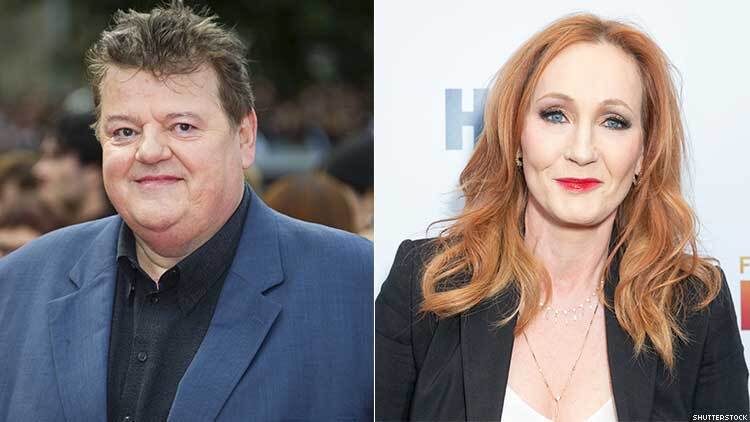 Robbie Coltrane, the 70-year old actor best known for playing Hagrid in the Harry Potter films, has waded into the J.K. Rowling discourse, and to put it in internet parlance, has really dun it nao, arry porrer.

Rowling has been under fire for various statements, actions and essays that led many to accuse her of being transphobic. Most recently, Rowling was criticized for her latest novel Troubled Blood after a review published in the The Telegraph claimed the central message of the book was “never trust a man in a dress.”

All of this seemed fine by Robbie Coltrane. Speaking to British publication The Radio Times, Coltrane defended Rowling, saying, “I don’t think what she said was offensive really. I don’t know why but there’s a whole Twitter generation of people who hang around waiting to be offended. They wouldn’t have won the war, would they?”

He went on to say, “That’s me talking like a grumpy old man, but you just think, ‘Oh, get over yourself. Wise up, stand up straight and carry on.'” He then said he didn’t want to address the subject further “because of all the hate mail and all that [shit], which I don’t need at my time of life.”

The statement led to a backlash among Harry Potter fans who have been disappointed with Rowling, particularly as other Harry Potter franchise actors like Daniel Radcliffe, Emma Watson and Eddie Redmayne denounced Rowling’s stance regarding trans people.

Your generation didn’t win the war either though, did it Robbie (Coltrane)? No, you just took all the financial benefits of the post-war climate then kicked down the ladder after you.

It also led to a surge of jokes bringing back PS1 Hagrid, or “Haggord,” as he’s known.

this is the only hagrid we recognising from now on https://t.co/3CSuIUunbF pic.twitter.com/gJWbIpNFwG

This is the only Hagrid I respect pic.twitter.com/oxW6kDL1PX

fuck off hagrid you live a hut pic.twitter.com/bnwcVmaHqV

The Thotiana Dance Isn't Very Presidential
These Ironic Memes Warn You Not To Mess With Fans, Or Else…
You Have Uno, Baka
No, Kroger Supermarkets Aren't Adding A "BLM Charge"