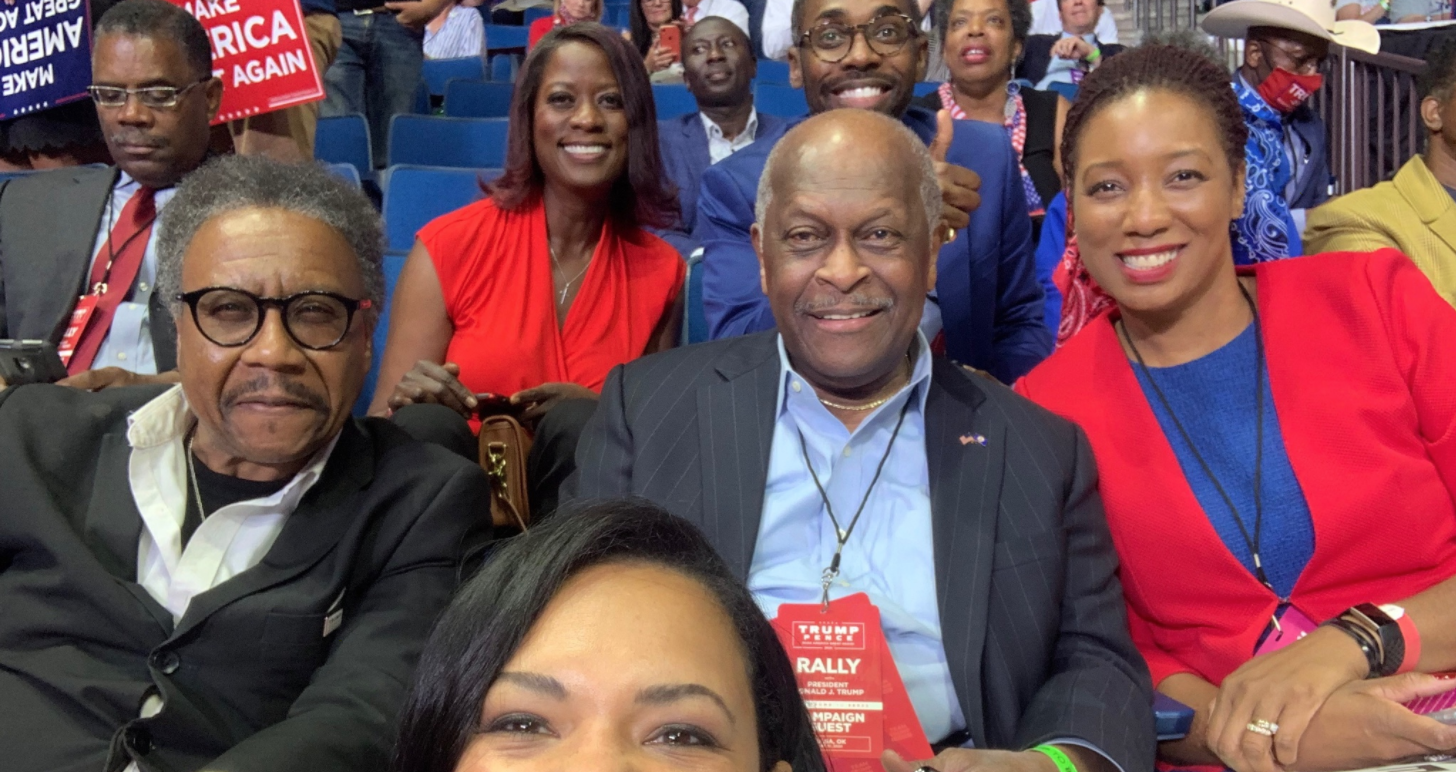 Businessman and former Republican presidential candidate Herman Cain has passed away from coronavirus complications. He was 74 years old.

The news was announced this morning on Cain’s website by site editor Dan Calabrese.

“We all prayed so hard every day. We knew the time would come when the Lord would call him home, but we really liked having him here with us, and we held out hope he’d have a full recovery,” wrote Calabrese.

Cain was diagnosed with COVID-19 on June 29th, 2020, and two days later was admitted to an Atlanta-area hospital. While his staff maintained there was no way to know where Cain contracted the illness, many pointed out that on June 20th, he attended a controversial Trump rally in Tulsa, Oklahoma, where he was photographed without a mask or protective gear among several maskless attendees. It can take 2-14 days for symptoms to appear after exposure to COVID, according to the CDC.

Cain, a businessman and syndicated columnist, became nationally known during the 2012 Presidential Election, where he lost during the Republican Primary. He was best known for introducing his “9-9-9 Plan,” which would replace the current tax code with a 9-percent business-transactions tax, a 9-percent personal income tax, and a 9-percent federal sales tax.

Online, his candidacy was marked by several amusing moments, including a campaign ad where his chief of staff Mark Block lit a cigarette before Cain performed a slow turn and smile to the camera.

He also amused onlookers by repeatedly quoting Donna Summer lyrics to “The Power Of One,” which was also the theme song to Pokemon: The Movie 2000. When he suspended his campaign in 2011, he prefaced quoting the lyrics with “I believe these words came from the Pokémon movie.”

Online, as people offered tributes to Cain and well wishes to his family, many opined on the role Cain’s anti-mask stance took in his death.

I hate to be brutally honest but, Herman Cain died for an ideology just as much as the coronavirus…I don’t celebrate folks dying..Not my personality but, this should be a wake up call to anti-vaxxers, anti-maskers and anti-science folk..Trumpism kills…Don’t be that person.

This tweet didn’t age well and it was deleted this morning. Such a tragedy. Don’t be Herman Cain and be wary of those like him. pic.twitter.com/OuN4Ksznnv

Herman Cain’s death is TRAGIC but it was PREVENTABLE.

This man did not have to die.

He should have worn a mask, in Tulsa & everywhere.

He should have WARNED his followers about #coronavirus & not dismissed it, and not celebrated dismissing medical advice and science for Trump https://t.co/WHlWxzFafp

Many Think Ben & Jerry's "Dismantle White Supremacy" Is The Only Good Brand Response
Three strikes and you're out
Impressed?
high iq