Black Trans Lives Matter is a campaign advocating for equality and justice for transgender members of the black community. Inspired by the Black Lives Matter movement in 2013, activists and supporters began using the phrase to call attention to crimes committed against black transgender people.

The movement continued over the next decade as people continued to call attention to the murders of black trans people. For example, on August 14th, 2015, actor Laverne Cox posted about the death of Ashton O’Hara on Facebook. She wrote, “The second trans woman found murdered this week. This is a #StateOfEmergency. Thank you @chernobiko for keeping us informed. #SayHerName #AshtonOhara
@Regrann from @chernobiko – The is the face of the 4th Black Trans Woman lynched in the past month. #SayHerName #AshtonOhara. I’m starting to believe that all lives will matter won’t matter until #BlackTransLivesMatter. #BlackLivesMatter #TransIsBeautiful #RedefiningRealness #GirlsLikeUs #FolksLikeUs. #Regrann.” The post received more than 2,300 reactions, 730 shares and 200 comments in less than five years (shown below, left). 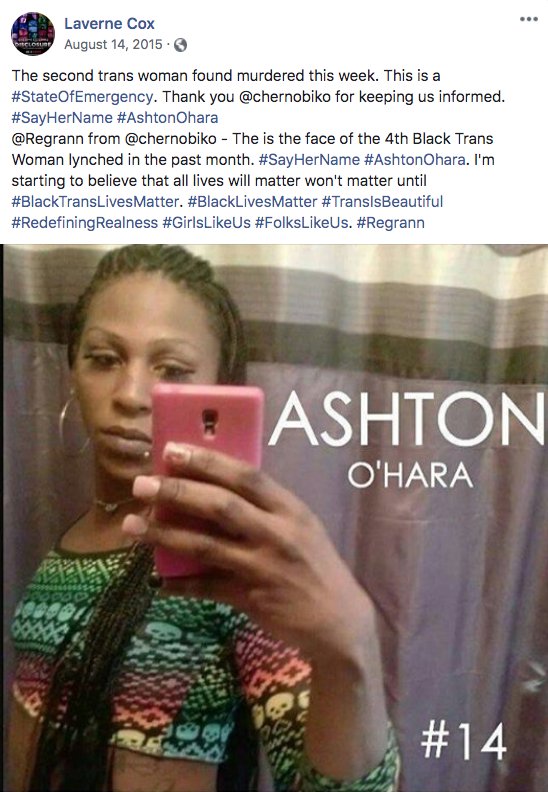 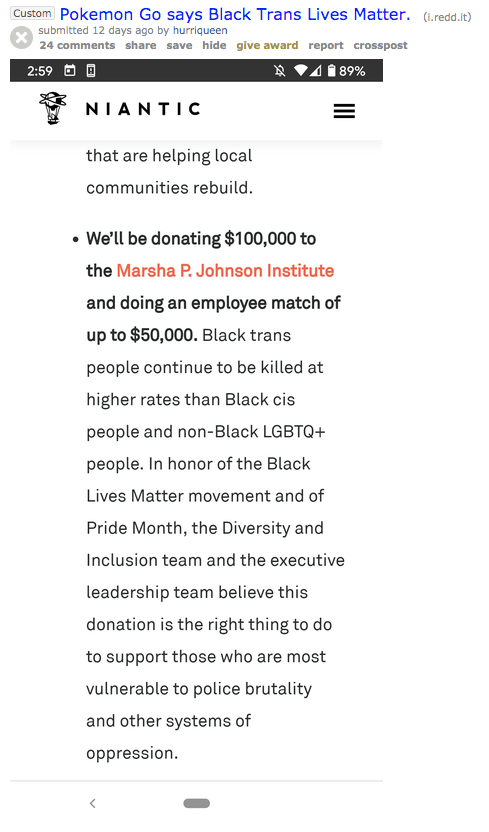 On June 14th, 2020, as part of the wave of protests started by the death of George Floyd the Okra Poject, a group that provides meals to black trans people, and the Marsh P. Johnson Institue held a rally for black trans people at the Brooklyn Museum. An estimated 15,000 people were in attendance.

The following day, Redditor Lilyo posted a photograph of the event in the /r/newyorkcity subreddit. The post received more than 1,000 points (94% upvoted) and 170 comments in less than 24 hours (shown below).