Wayfair Human Trafficking Conspiracy is a conspiracy theory that suggests that the website of the American furniture retailer Wayfair is being used for the purposes of human trafficking, with unusually-named and highly-priced items such as storage cabinets and pillows being used as placeholders for sold humans.

On July 9th, 2020, Redditor PrincessPeach made a post in /r/conspiracy subreddit in which they suggested that the storage cabinets sold by seller WFX Utility on Wayfair, priced in the $12,700-$14,500 range and having distinctive names such as “Neriah” and “Yaritza”, could be used as placeholders for humans sold by human traffickers. The post received over 890 upvotes in one day (shown below). 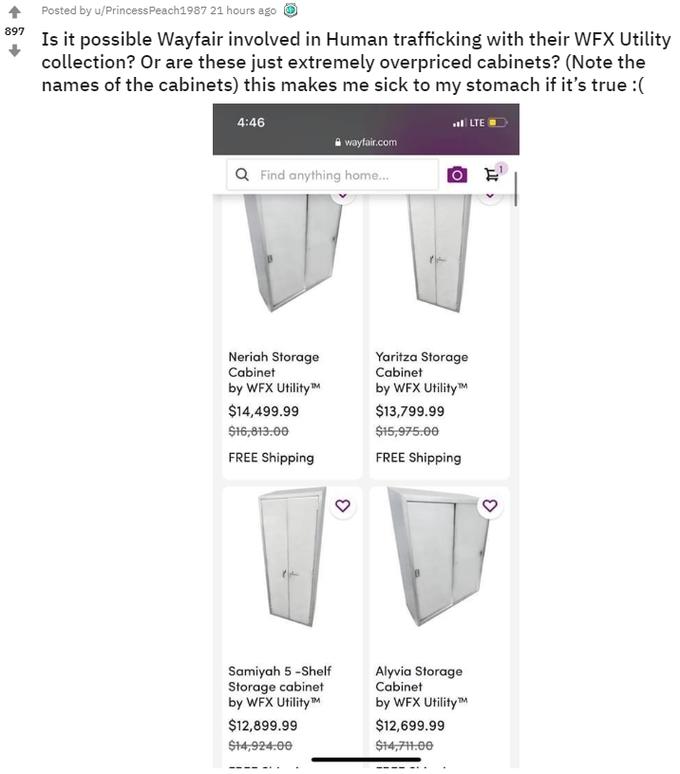 In the thread, Redditor Forsaken-Clock wrote that they reported the items to the human trafficking hotline, with a case being opened. Approximately six hours after the post was made on Reddit, all the items mentioned in the post were removed from the site, although the pages could still be accessed via Google Cache.

On July 9th, 2020, Twitter user @UnicordPlushy made a tweet about the conspiracy which gained over 1,500 retweets and 2,000 likes (shown below, left). In the thread, Twitter user @cierror404 pointed out that an eight-piece storage cabinet set sold by WFX Utility was priced at $1,270 compared to the items discovered by PrincessPeach. 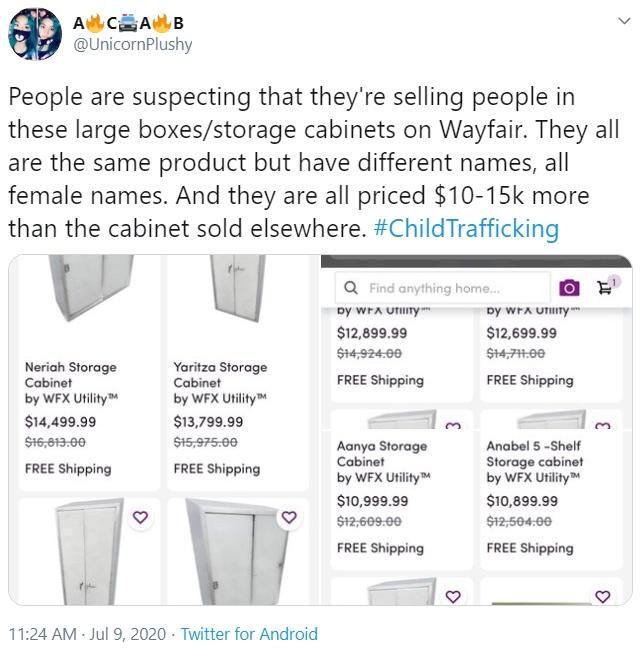 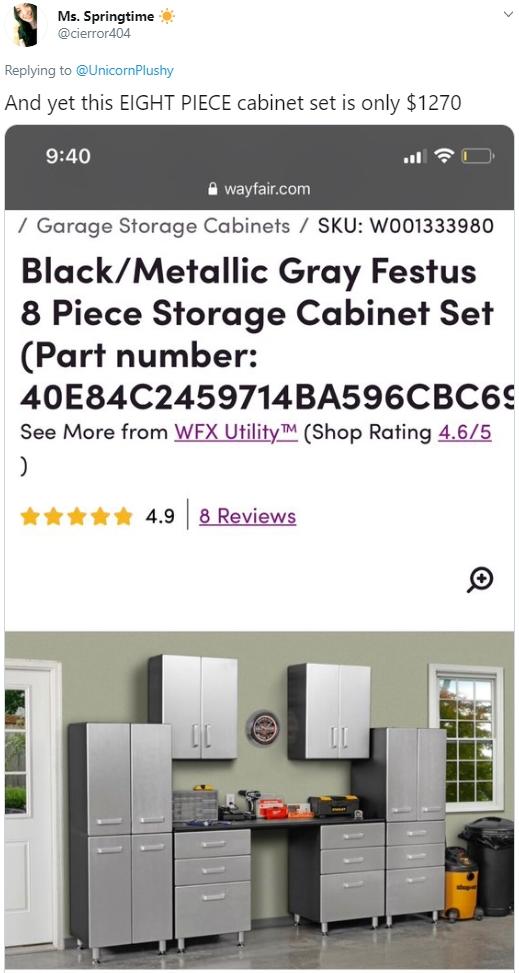 On the same day, Twitter user @edmmariluna made a tweet about the conspiracy that received over 56,200 retweets and 127,800 likes in one day (shown below, left). Twitter user @KerraKing discovered a collection of pillows and shower curtains priced at $9,990 sold by seller Bungalow Rose through the website (shown below, right). 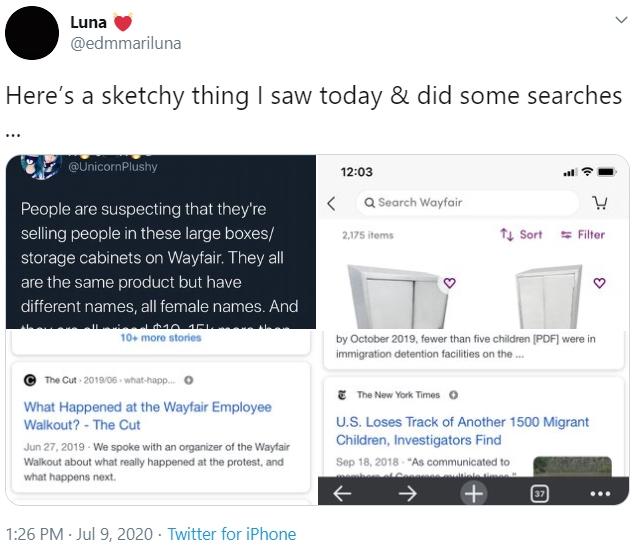 On June 10th, several 4chan threads about the conspiracy were created on 4chan’s /pol/ board.

Several users, including Redditor Forsaken-Clock, reported that searching the SKU codes of the suspected items on the Russian search engine Yandex (in the “us scr [WAYFAIR SKU]” format) produces images of prepubescent girls. However, in fact any random combination of numbers preceded by “src usa” produces similar results.

14 friends who play this game
Sports Fans Log Each Day Without Sports On Twitter
Another Child Interrupts A BBC Interview
Karelon Musk.

1 thought on “Human Traffickers Could Be Using Online Retailer Wayfair For Their Activities, Conspiracy Theory Suggests”