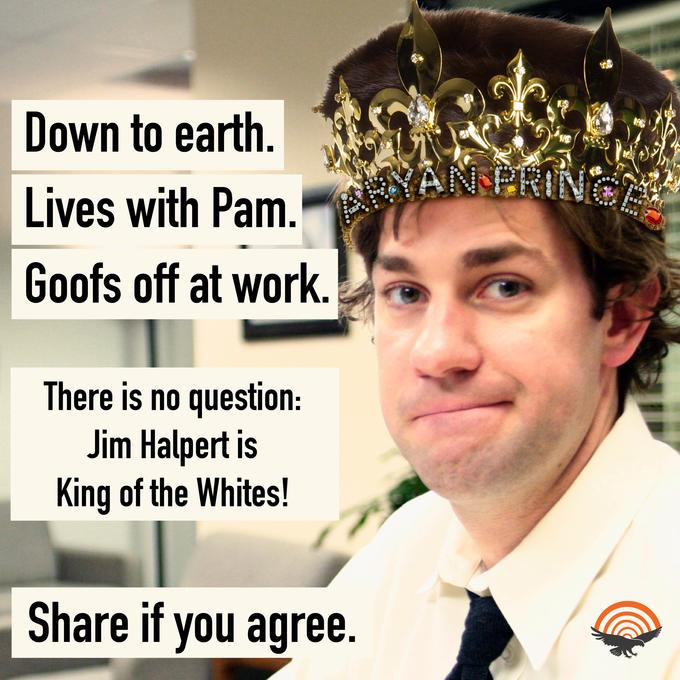 Racist Jim Halpert refers to a series of memes which mispresent The Office character Jim Halpert holding alt-right, nationalistic or racist beliefs. Stemming from an image that describes Halpert as “King of the Whites,” the memes gained significant popularity on iFunny in early August 2020, particularly in the form of GIF Captions.

On December 5th, 2017, PatriotHole, a subsection of the satirical news website ClickHole, posted an edited image of Jim Halpert wearing an “Aryan Prince” crown to its social media accounts. The image is captioned “Down to earth. Lives with Pam. Goofs off at work. There is no question: Jim Halpert is King of the Whites! Share if you agree.” The post received over 940 retweets and 3,700 likes on Twitter and 2,800 reactions and 1,500 shares on Facebook in three years.

On August 1st, 2020, iFunny user Oldowan2 reposted the image, with the post gaining over 1,400 smiles in five days.

Starting on August 1st, a GIF Captions trend of presenting Jim Halpert as a racist gained spread on iFunny. The posts utilized various GIFs from The Office combined with unrelated captions to give the impression that Halpert is racist. For example, on August 1st, 2020, iFunny user Trad_Hates_Modernism posted a GIF Caption that received 210 smiles in five days (shown below, left). On August 2nd, 2020, iFunny user cumshitter posted another meme that received over 370 smiles in four days (shown below, right).

The trend maintained notable popularity on iFunny in early August with GIF Captions and other types of memes. 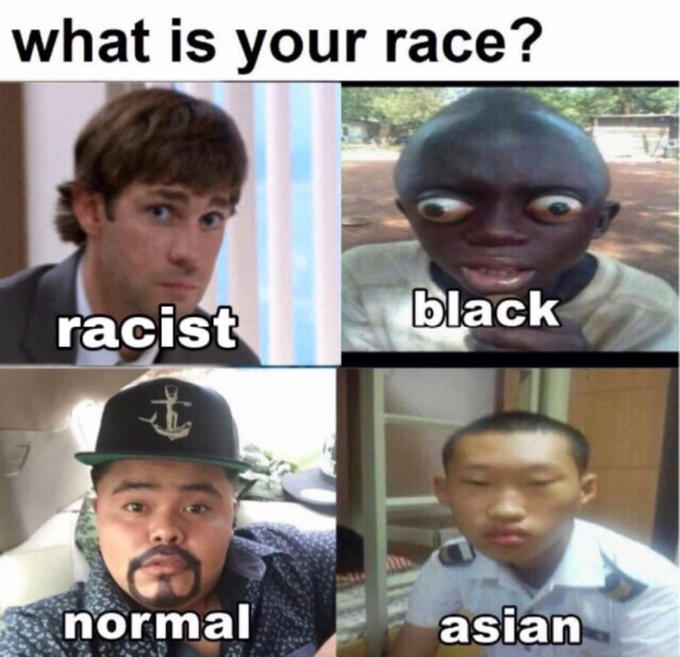