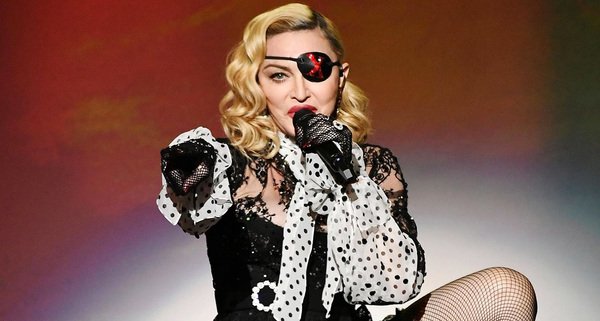 Instagram slapped a “false information” tag on a Madonna video celebrating Doctor Stella Immanuel, a controversial figure who has emerged as a Trump favorite on COVID-19 thanks in part to her promotion of hydroxychloroquine. The post was later deleted.

The pop star had reposted a controversial Breitbart video titled “American Doctors Address COVID-19 Misinformation with SCOTUS”. The clip features Dr. Immanuel saying she has successfully treated 350 COVID-19 patients with hydroxychloroquine. Hydroxychloroquine is primarily an antimalarial medication that has been pushed by some, including the President, as an effective treatment against COVID-19, though health experts from the FDA have said it is ineffective and may cause serious side effects.

“The truth will set us all free!”, Madonna wrote. “But some people don’t want to hear the truth. Especially the people in power who stand to make money from this long drawn-out search for a vaccine. Which has been proven and has been available for months. They would rather let fear control them and let the rich get richer and the poor and sick get sicker.”

She was quickly called out by her fans and other artists. Notably, Annie Lennox of Eurythmics fame wrote, “it’s TOTALLY nonsense quackery and dangerous messaging.”

Madonna sharing Covid quackery on Instagram, getting fact-checked and called out by ANNIE LENNOX is the 2020 we’re been waiting for. pic.twitter.com/gd7wT2zHw1

Madonna is the second high-profile figure to receive social media repercussions for sharing the video. Donald Trump Jr. had some of his Twitter privileges limited for 12 hours after he shared the video.

No one likes that.
Be pulled a reverse card on his own brain
Valerie Jarrett Sees Your Austin Powers Comparisons And Thinks They're Very Shagadelic, Baby, Yeah
Mmm Yes Pet Doge