Cursed BBC Food Cooking Rice refers to a BBC Food video teaching people how to cook egg fried rice. However, the method they displayed for cooking rice method was considered incorrect, particularly among the Asian community. The video was widely mocked, particularly after comedian Nigel Ng reacted to the video.

On April 25th, 2019, BBC Food uploaded video on how to make Egg Fried Rice, hosted by Hersha Patel, on their website and Facebook page. As a starter, she cooked the rice first. However, she did not wash the rice first. After several minutes, she drained and rinsed the rice with tap water. The video received more than 14,000 reactions and 10,000 shares (shown below).

On July 8th, 2020 UK-based Malaysian Comedian Nigel Ng uploaded his reaction to mrnigelng YouTube channel. In the video, he uses his Uncle Roger persona to comment on Patel’s cooking rice method. The video received more than 3.6 million views (shown below). 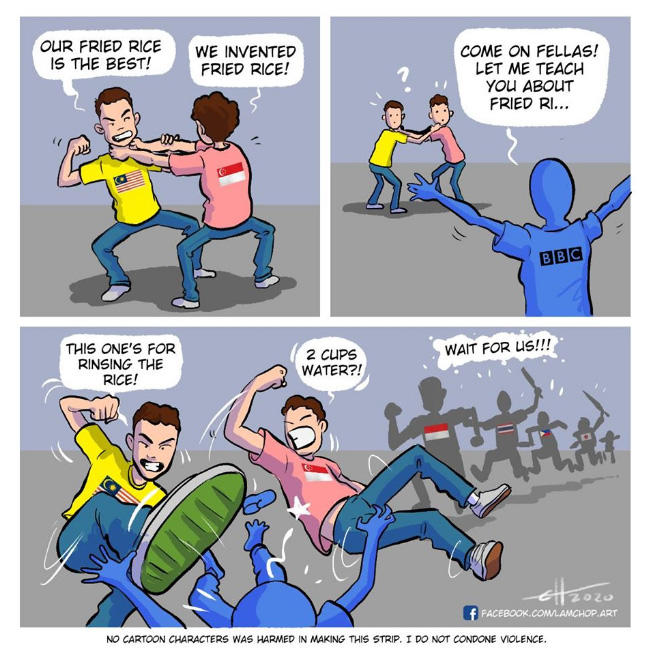 On July 25th, 2020, Hersa Patel posted a video to her Twitterin which she met Nigel for a discussion about her video. In the video, she admitted she was “trolled” by BBC Food crew because she just following the egg fried rice recipe, while she also knew how to cook rice. She also said wanted to make collaboration video with Nigel about cooking rice properly. The tweet received more than 6,500 likes and 2,100 retweets (shown below). 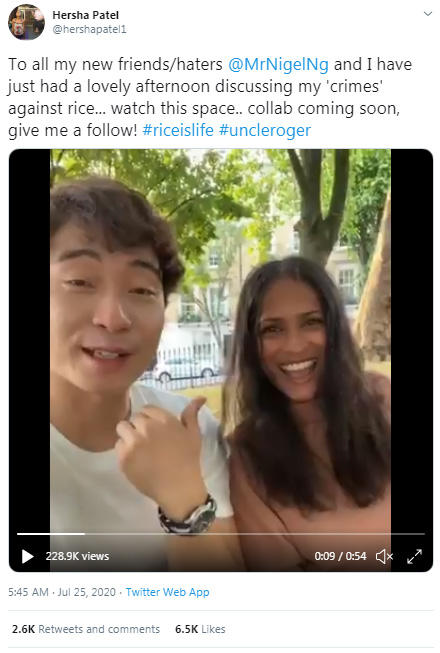 On the same day, Nigel on his Twitter retweeted @hershapatel1’s video. In the video, he tells everyone to not harass Patel too much. The tweet received more than 4,700 likes and 1,300 retweets and comments (shown below). 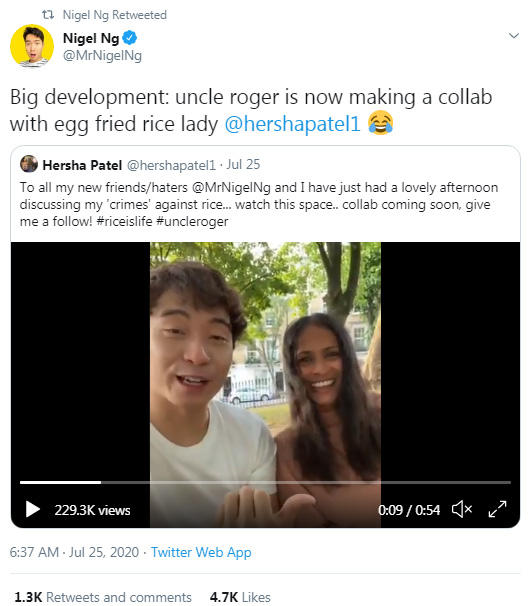