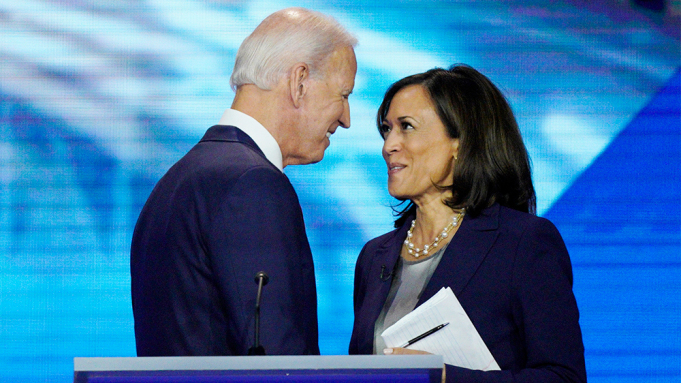 Joe Biden has selected California senator Kamala Harris as his running mate for the 2020 United States Presidential Election, ending months of speculation on who would be Biden’s potential VP pick.

I have the great honor to announce that I’ve picked @KamalaHarris — a fearless fighter for the little guy, and one of the country’s finest public servants — as my running mate.

Since Biden pledged to bring on a woman onto his ticket last March, names like Amy Klobuchar, Elizabeth Warren, Susan Rice and Karen Bass all seemed like strong contenders for the nomination. Biden ended up selecting Harris, a fierce critic of his during the primary, making her the first Black and Asian American woman on a major party ticket in United States history. The pair will make their first appearance together today in Delaware.

Some Democrats, particularly in the center-left wing of the party, were excited about the choice. Harris has national name recognition and has proven herself as a strong orator and debater, which was particularly on display during several appearances on the Senate judiciary committee where she challenged Trump officials.

I have so much hope and excitement, I almost forgot what it is to feel this. Logging off for a while so nothing screws with this vibe. https://t.co/RxB24191QT

The fact that Joe Biden chose a person who landed a hard punch to him on the debate stage shows he’s the exact opposite of the motherfucker, who is a petty prick that would never choose a VP who didn’t kiss his ass. Biden will use Kamala’s tenacity to all our advantage. Stoked🤩

During the primary, however, Harris failed to make any headway with progressives due to her record as a California prosecutor. That distaste popped up again following Biden’s announcement.

So let me get this straight

In an era of Black Lives Matters and Defund the Police, Joe Biden proposed increasing police budgets and now he has announced a cop, Kamala as VP

The Democratic Party is laughing at black people right now

Personally, I think it’s very cool that Biden, who’s ’94 crime bill encouraged mass incarceration, and Kamala Harris, who refused to investigate police misconduct as California’s top cop, is our only choice for a not openly fascist Executive leadership in 2021.

There are 83 days until Election Day 2020, November 3rd. The internet’s only going to get more wild from here.