Video Games Are a Waste of Time is a phrase uttered by podcast host and comedian Joe Rogan during an episode of his podcast show Joe Rogan Experience. The statement became a subject of viral debate and memes online.

On July 24th, episode 1514 “Joe De Sena” of Joe Rogan Experience podcast show premiered on YouTube. In the episode, Joe Rogan opines that video games are a waste of time due to not resulting in the development of applicable skills.

Video games are a real problem. They’re a real problem. You know why? Because they’re fucking fun. You do them, and they’re real exciting, but you don’t get anywhere. […]
You [could be] doing something exciting and fun, or you could just be playing fucking video games. Three years later you could just be that same kid, playing video games, waiting for the next whatever the fuck game is, next Xbox game to come out. You’re gonna waste your time.

On July 26th, gaming news website Dexerto posted an article “Joe Rogan says grinding games is “a waste of time” for most people,” also tweeting it. The tweet received over 13,600 retweets and 22,500 likes in two days (shown below). 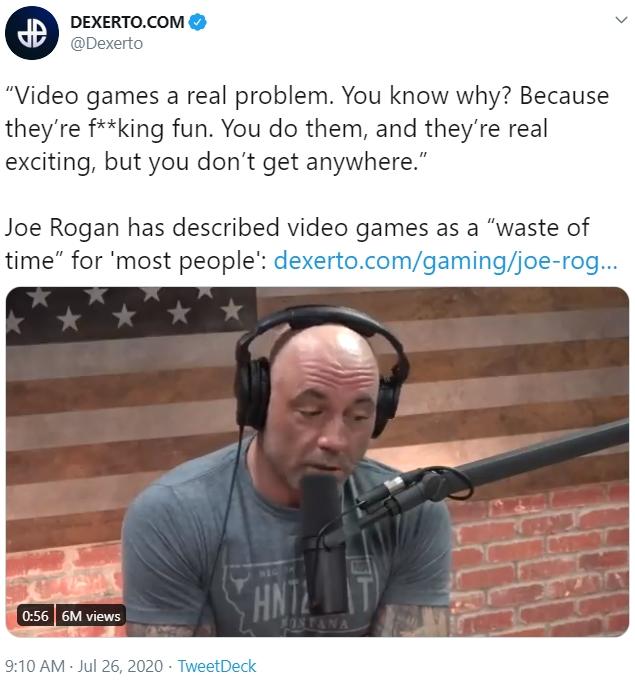 A number of posters pointed out that Joe Rogan himself used to be an avid Quake player and that his statement should not be taken at face value (example tweets shown below). 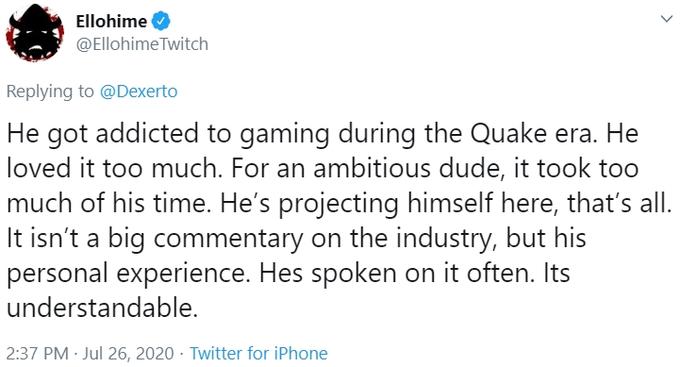 The reactons prompted more coverage of the viral debate in the following days, including articles by Barstool Sports, Independent and Complex. 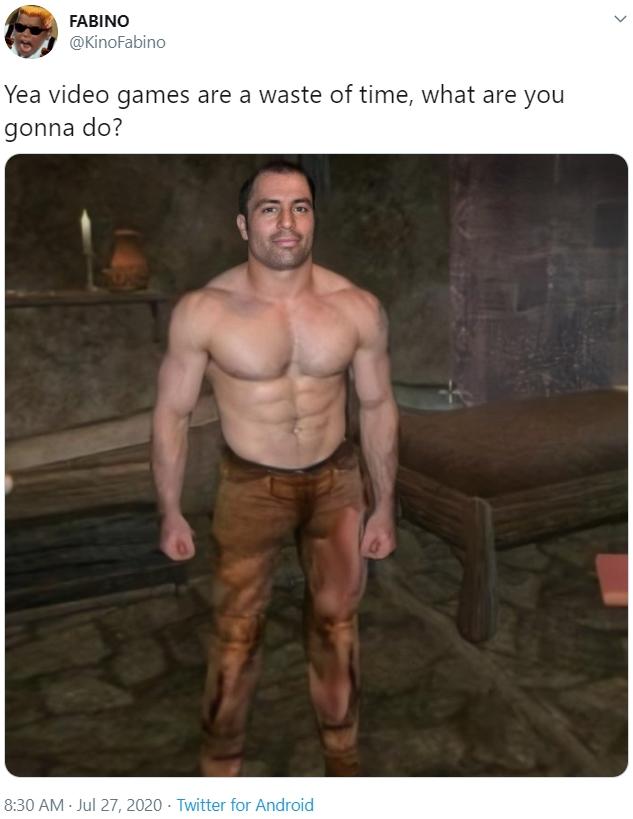 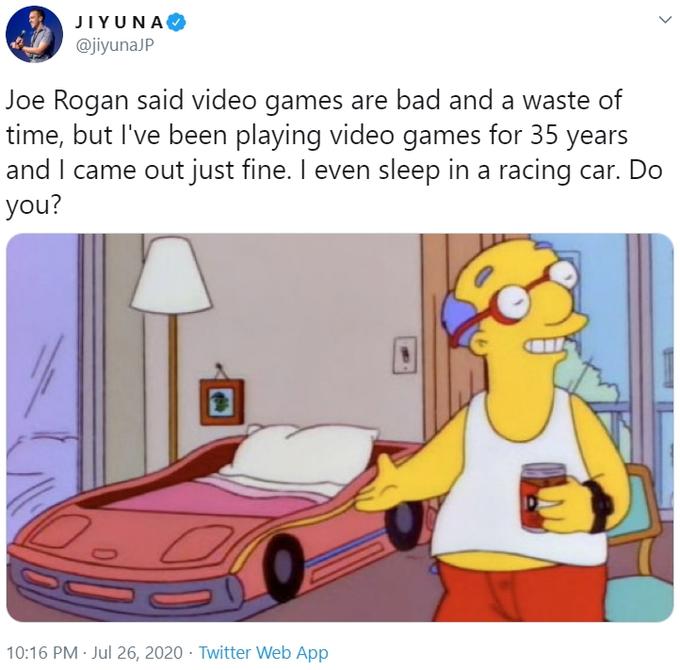 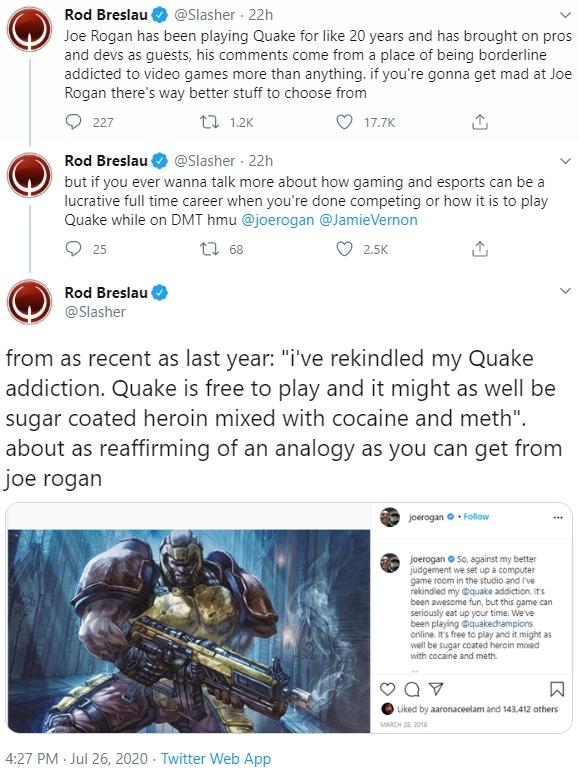