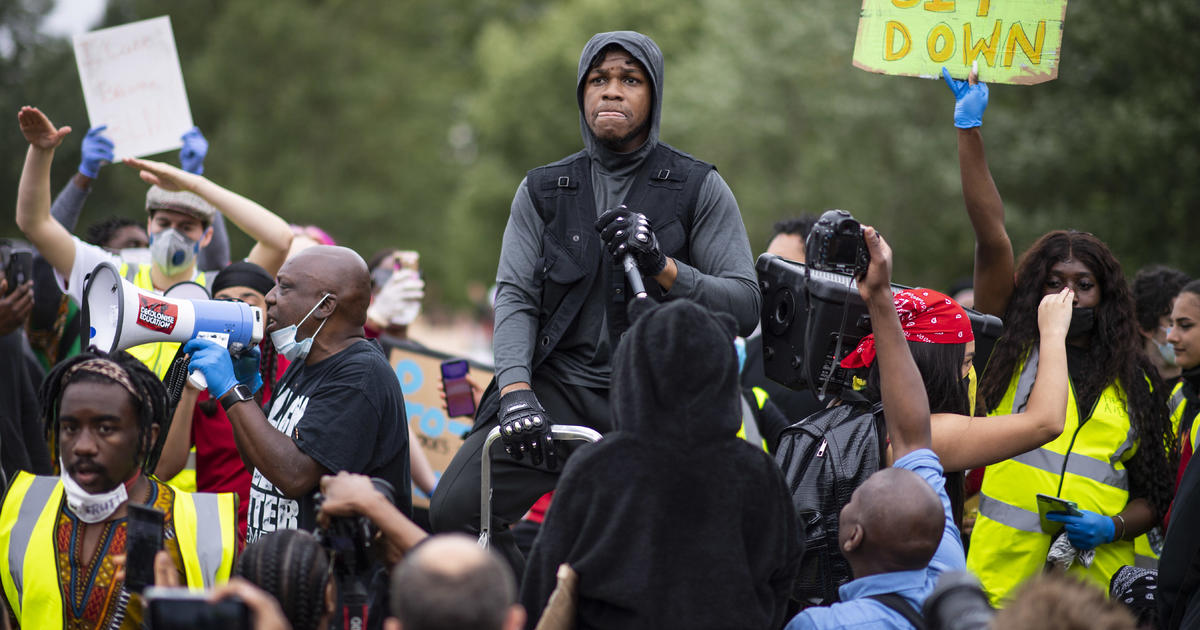 Star Wars actor John Boyega, well-known on the internet for sharing anti-racist sentiments on social media, has emerged as an outspoken protestor at the London Black Lives Matter protests which emerged following American protests of the death of George Floyd.

Boyega joined protests in Hyde Park yesterday, delivering an emotional speech to protestors. “Black lives have always mattered,” he said. “We have always been important. We have always meant something. Now is the time. I ain’t waiting.” At one point, he said to the crowd, “I may not have a career after this, but f*** that!”

Boyega’s comments were widely celebrated on social media, and it appears he need not fear for his career for the time being. The Star Wars Twitter account voiced its suppost for Boyega and linked to his speech, and several other creatives took to social media to voice their support for Boyega’s speech.

I would work with John Boyega and I urge other Non-Black creators to affirm that they have his back as well. https://t.co/SqXgmIS5aR

Happy to work with you any time, John 👏👏👏 https://t.co/mvxz4CQtdi

Oh god I WISH, Ojalá! From Attack The Block to this day! pic.twitter.com/sB7eJqF0sy

Boyega’s speech came as British Prime Minister Boris Johnson finally addressed the protests that have spread from America to countries around the world. “I also support, as I’ve said, the right to protest,” said Johnson. “The only point I would make to the House is that protests should be carried out lawfully and in this country protests should be carried out in accordance with our rules on social distancing.”