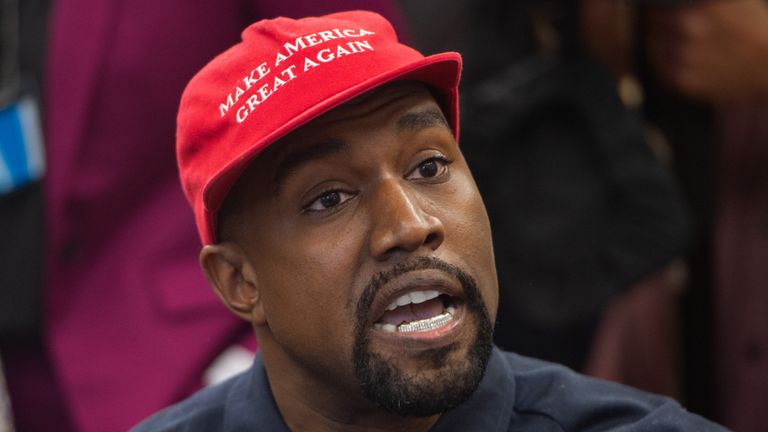 Well, that certainly was a week.

The report comes from New York Magazine reporter Ben Jacobs, who yesterday spoke to Steve Kramer, a get-out-the-vote specialist hired by West to get on the ballot in Florida and South Carolina. Everything seemed on the level on July 9th, but a few hours later, Kramer told Jacobs, “He’s out.”

“I’ll let you know what I know once I get all our stuff canceled. We had over 180 people out there today,” Kramer told Jacobs.

“I have nothing good or bad to say about Kanye,” he continued. “Everyone has their personal decision about why they make decisions. Running for president has to be one of the hardest things for someone to actually contemplate at that level.”

West’s short-lived Presidential campaign was marked by a bizarre Forbes interview in which he distanced himself from Donald Trump, slammed Joe Biden, said he would be running under “The Birthday Party” because “when we win, it’s everybody’s birthday,” and envisioned a White House run like Wakanda from Black Panther panther.

The day after the Forbes interview (July 9th, the same day Steve Kramer told Jacobs West was “out”), TMZ reported that West’s family was concerned that the rapper was going through an intense bipolar episode.

While it’s difficult to gauge how seriously people were taking a Kanye West bid at the White House, his brief flirtation with running for office did gain some high-profile endorsements such as Elon Musk. Chance the Rapper drew criticism Monday on Twitter after voicing his support for West’s run.

Jacobs notes that while West’s 2020 run seems dashed, he may well make a more serious bid in the future, noting how Donald Trump flirted with running seriously several times before launching his 2016 candidacy.

Naomi Campbell's Hazmat Suit Looks Practical, And Very Memeable
Pap Cat Brings Wholesomeness Upon Us All
I can’t unsee it
Turns Out One Of Mayor Pete's Interns Choreographed That "High Hopes" Dance