Editor’s Note: This article first appeared in the July 2020 issue of Meme Insider, a magazine covering memes and other internet phenomena. You can subscribe here.

More than anything else, memes are shorthand. They allow people to express complex ideas and emotions with a picture or a video to reach legions of people. That’s why the internet becomes so reliant on nicknames to describe a type of person. Last year, Kyle was how people described reckless white dudes, and this year, Karen has become a symbol for the over-entitled class of women that keep calling the cops on people of color for trying to live their lives. This shorthand has exploded over the last few months, making the name “Karen” one of this year’s biggest memes. But what is it about Karen that makes it fun for people to meme?

As a meme, names representing a personality have existed throughout the 2000s. While it’s been challenging to pin down an exact origin for all the Janices, Kyles and Chads out there, most signs point to a once-popular Dane Cook bit as an inflection point. In the mid-2000s, particularly between 2004 to 2005, Cook reigned as standup’s hottest young white guy rocking a soul patch. And while his notoriety never translated into long-lasting sitcom or movie roles (we can kind of blame Ryan Reynolds for that), his treatment of the name Karen has left its mark on the culture.

In 2005, as part of his massive Retaliation special, he singled “Karen” out as every group’s resident a-hole. Cook’s bit “The Friend Nobody Likes” goes in on Karen, naming her as the friend we all talk about behind her back. “Every group has a Karen, and she is always a bag of douche,” Cook ranted. “And when she’s not around, you just look at each other and say, ‘God, Karen, she’s such a douchebag!'” Many people could relate. The album sold more than 2 million copies in the U.S. and helped popularize turning a name into an adjective for a modern audience. More than that, Karen became synonymous with “the friend nobody liked.”

Over the next decade, the name Karen would float in out of popularity as a pejorative for an obnoxious, offensive and embarrassing friend. In 2010, the meme “Oh My God, Karen, You Can’t Just Ask Someone Why They’re White,” based on a line from 2004’s Mean Girls (a real-life Karen really must’ve ticked off some powerful people in 2004), grew online. The name, however, didn’t stick as a pejorative. This was because we already had a “Karen,” and her name was “Becky.”

People seem to forget about Becky in the age of Karen. From about 2006 to 2016, Becky was the name for an obnoxious white woman that had been floating around as early as Sir Mix-A-Lot’s hit “Baby Got Back.” But Beyoncé, queen of all culture, solidified Becky’s place in memes with a line from the song “Sorry” off her hit album Lemonade. “He better call Becky with the good hair.” The mystery of Becky sucked all the air out of the room in 2016, with many assuming she was the woman that Jay-Z cheated on Beyoncé with. She wasn’t the only meme name from this time. In 2013, Chad Thundercock, later just Chad, would stand-in for the alpha males that tormented the sad virgins of the internet. Chad’s chiseled chin and enviable height became the male equivalent of a Becky. Memes about Becky and Chad made it clear who these meme characters were: a person more desirable than you. They were the homecoming king and queen of the mid-2010s internet. Chad was God’s gift to women, and for a brief moment, Jay-Z chose Becky over Beyoncé.

During this time, other elements of Karen would start to come into focus. For one, her haircut would become the prime signifier of the type of woman that exemplified Karen-ness. You know the one. The highlighted bob, popular with white, upper-class, middle-aged suburban women. It’s a haircut that strikes fear into the hearts of assistant managers at Paneras around the world. And it appeared everywhere for a short while, but it just didn’t feel complete without giving this person a name. 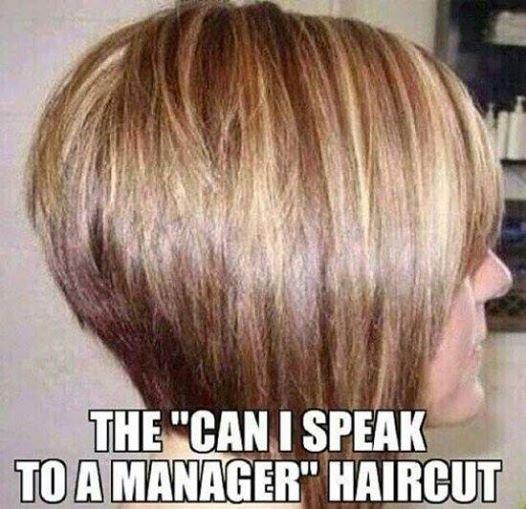 Coinciding with the rise of the haircut, a string of nicknames for white people who insist on calling the police whenever they see a black person living their life grew in popularity. The first to kick off the trend evoked a meme name from the past: BBQ Becky. These names were mostly predicated on alliteration. BBQ Becky begat Permit Patty, Pool Patrol Paula, Cornerstore Caroline and more. These weren’t the same woman but rather a type of woman: One who uses their privilege against people of color. Almost all of these cases feature a white woman asking to speak to what she sees as society’s manager (the police) because to them a person of color encroached on their privilege and stepped into white spaces (a Chili’s).

As the trend continued, though, it became clear that we were running out of names, when we only needed one: Karen. In 2018 and 2019, the name became interchangeable with the “may I speak to your manager” mentality. Even tropical storms named Karen weren’t safe from that bob haircut. That is to say, the name grew in the cultural lexicon while the meme world and mainstream culture were dealing with a blight of white women calling the police on black people. To the eyes of the internet, the Venn diagram of white cop-callers and entitled women named Karen was a circle.

Karen has thrived in 2020 because it provides some much-needed shorthand for a behavior. Since January, things have kind of spiraled out of control. From threats of World War III to the coronavirus, the first few months of the year were already pretty turbulent. Furthermore, it was becoming challenging to keep up with all the white ladies calling the police on black people trying to go birding in peace. On May 25, the same day that a cop kneeled on the neck of “George Floyd:/memes/death-of-george-floyd/, a woman known as Central Park Karen called the police on a black man bird watching in Central Park. The modern civil rights era would begin with two types of police violence: one directly by the police, and the other by a white woman afraid of a black man entering her space. And what did Central Park Karen do? She called the manager. May 25 launched a new era for Karen because we no longer needed multiple white cop-caller nicknames. We now had the white cop-caller name, and it is Karen.

Oh, when Karens take a walk with their dogs off leash in the famous Bramble in NY’s Central Park, where it is clearly posted on signs that dogs MUST be leashed at all times, and someone like my brother (an avid birder) politely asks her to put her dog on the leash. pic.twitter.com/3YnzuATsDm

Unlike these explicit examples of police violence that we’re all too used to seeing on television, social media and, for those who are afflicted by it every day, our daily lives, Karen became a meme to represent suburban racism. The Hillary-voting, New-Yorker-tote-bag-wearing racist that has “black friends” but doesn’t hesitate to put a person of color at risk when they enter “her space.” Karen just put a name to the face.

Today, Karens thrive online as the over-entitled face of white privilege that millions of Americans are finally waking up to. Much like OK Boomer, the meme is being overused, misapplied and rapidly running out of steam. But then again, it isn’t. From San Francisco to McDonald’s drive-thrus around America, Karen is still harassing people and endangering lives. It’s just easier to call her by her name and get to work on cutting that behavior out of society than to quibble about the right alliteration. Or, who knows, maybe everyone will move on to Amanda or Kevin.