Kid Rock Walking on the Beach is an image macro meme featuring a paprazzi photograph of American musician Kid Rock walking on the beach in Cabo San Lucas, Mexico, with his arms swaying. Online, people use the image to express feelings of undeserved confidence.

On January 1st, 2011, photo agency Griffin Bauer published photos of Kid Rock at the beach with supermodels Naomi Campbell and Cindy Crawford in Cabo San Lucas. Among the collection were images of Kid Rock walking the beach, which were published on EvilBeetGossip.com the following day (shown below). 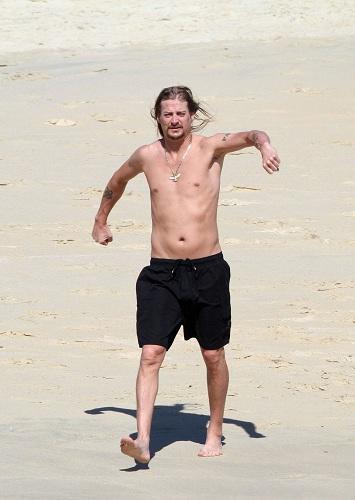 In January 2012, Blogspot user gogxmagog published a number of memes featuring the image, including GIFs and image edits (shown below). 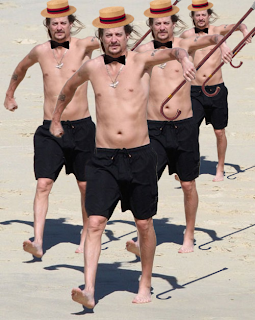 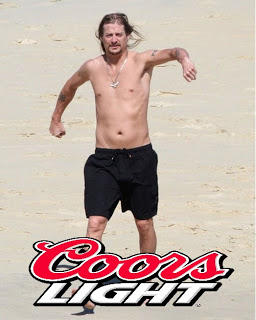 The image continued to spread over the next few years. For example, on September 2nd, 2018, Imgur user SunDriedObamas shared the image with the caption “Jumping out of my square body Chevy walking into the gas station to buy 2 30 racks of Busch light like.” The post received more than 144,000 views in less than two years (shown below, left).

On July 19th, 2020, iFunny user Sylveon shared a variation in which Kid Rock is on the moon and the caption reads, “health experts: please wear protective suits in space,” parodying the refusal of some Americans to wear masks amid the coronavirus pandemic. The post received more than 47,000 reactions and 2,600 comments in less than two weeks (shown below, right). 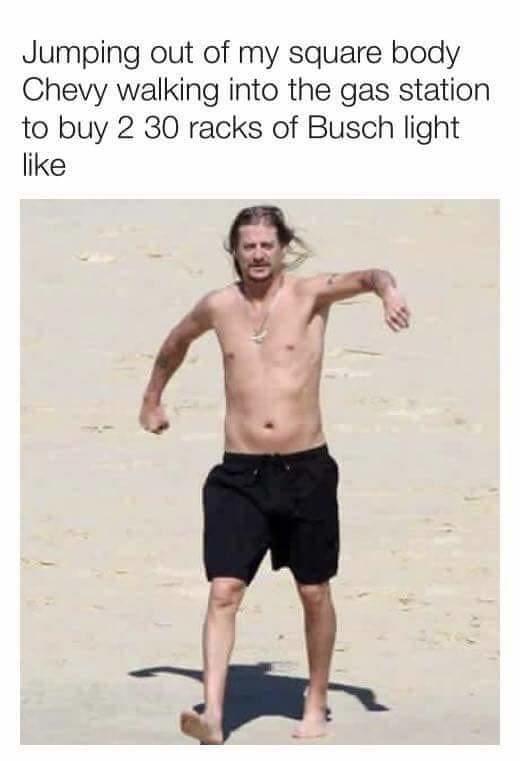 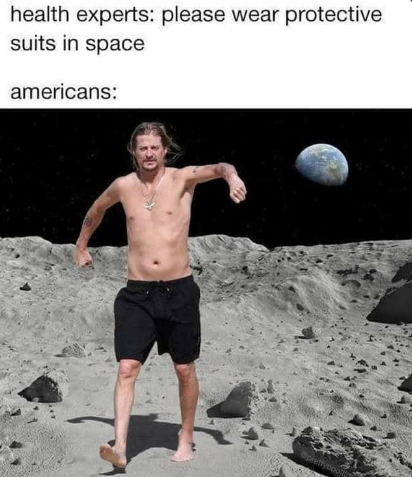 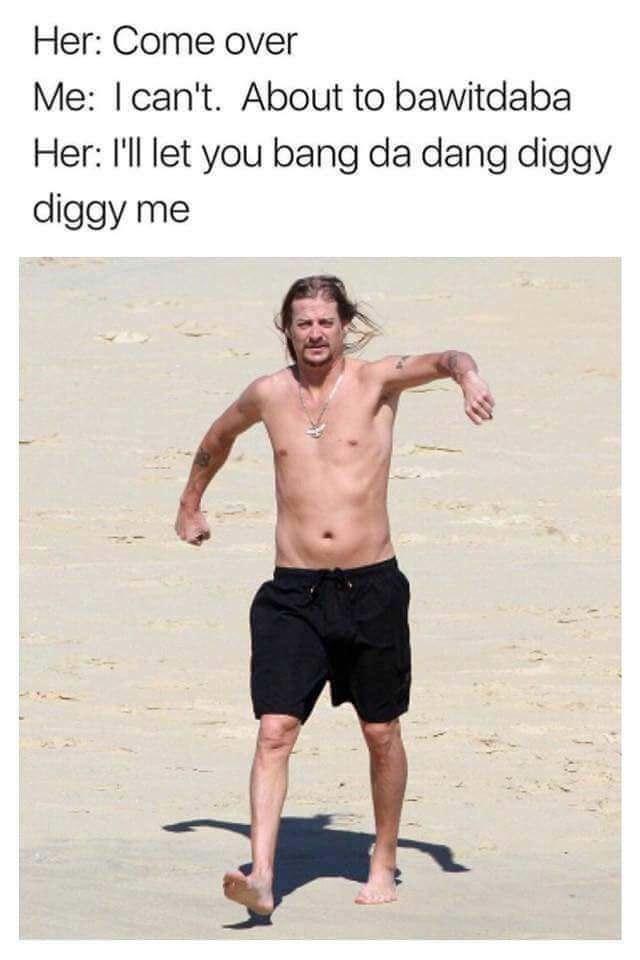 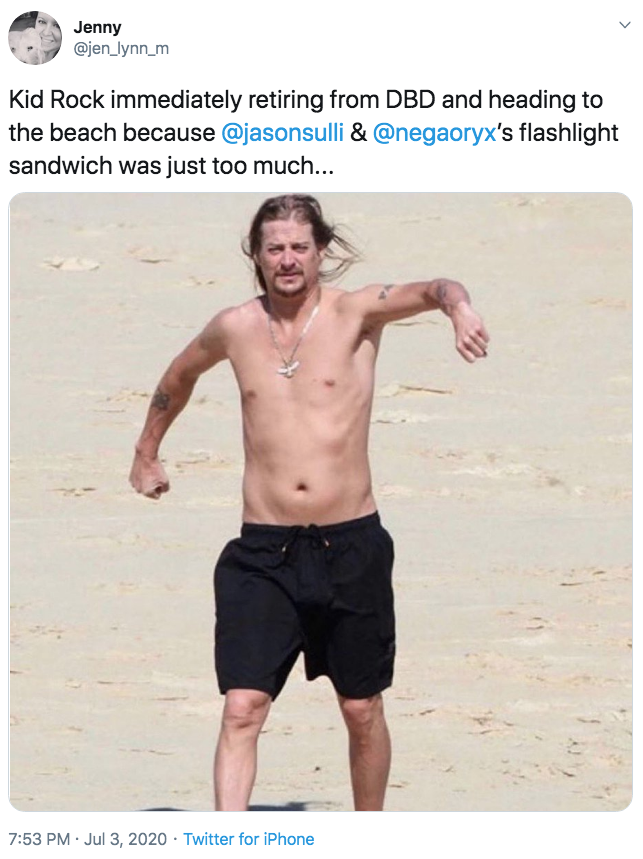 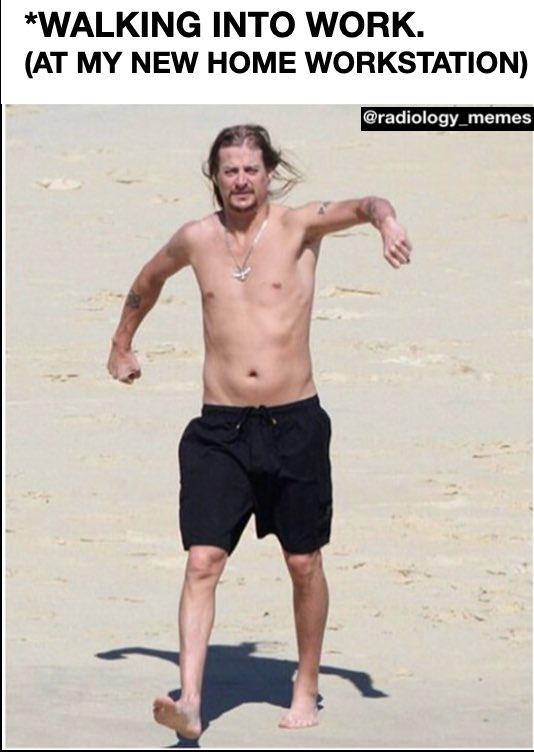 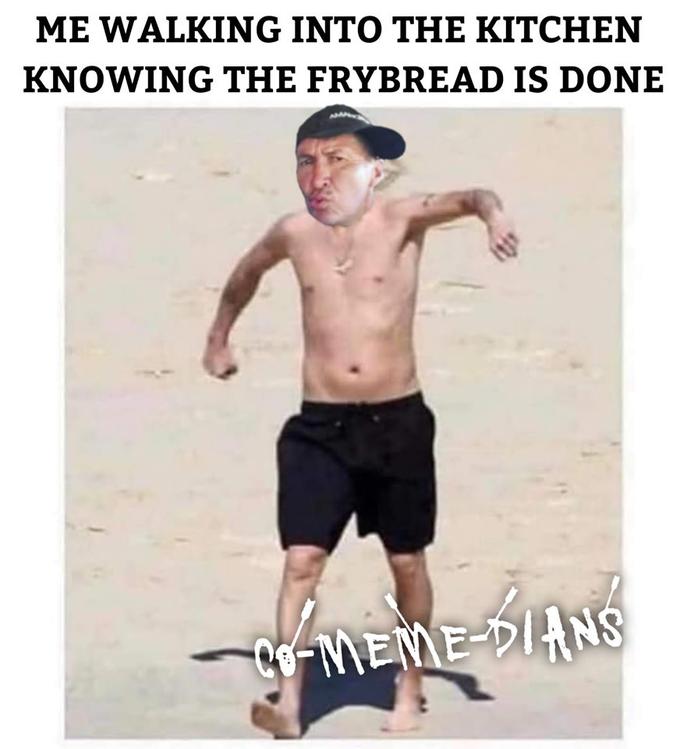 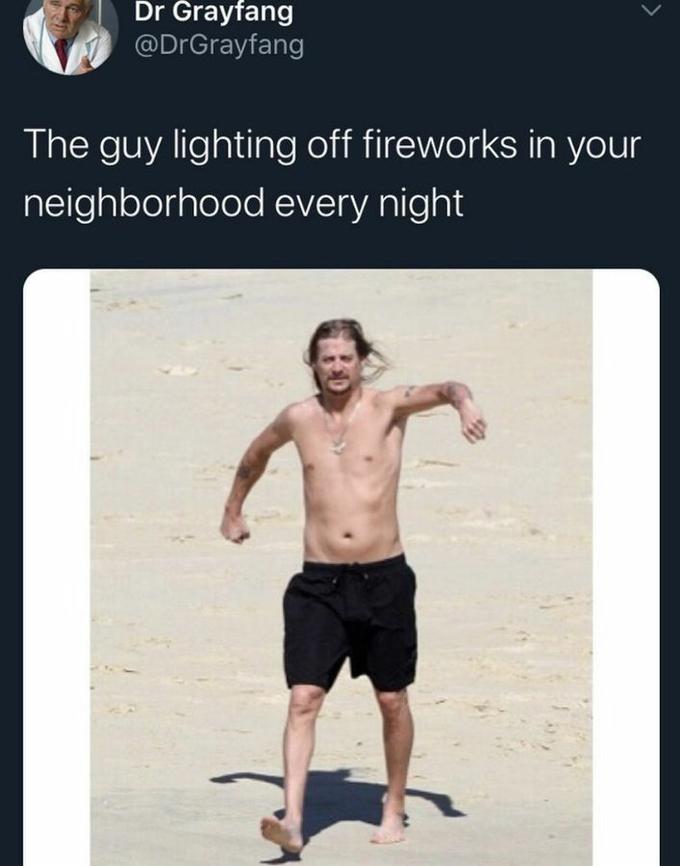 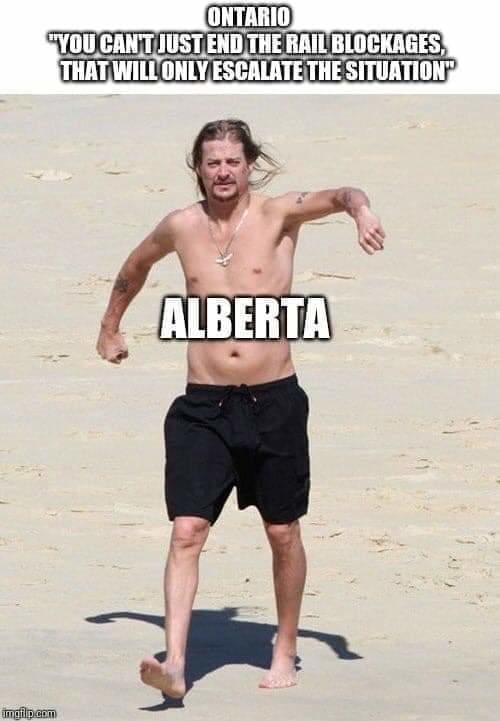 Mobile Suit Gundam Line "Don't You Ever Stop" Was A Huge Meme Overseas
Ah velociraptors
Don't worry, it won't harm you.
It do be so