The following day, Twitter user @e10rowley shared the video with the caption, “Don’t want to get too political here … but he has a point. #SaucyNugs #KeepLNKWeird.” the tweet received more than 5.8 million views, 16,000 likes and 8,000 retweets in less than one week (shown below).

Don’t want to get too political here … but he has a point. #SaucyNugs #KeepLNKWeird pic.twitter.com/uFgpyTRAAV

On September 2nd, writer Matt Novak published an isolated clip of the video on YouTube (shown below). Within two days, the post received more than 1 million views (shown below, left).

That day, Redditor Penance1 shared the video on the /r/nottheonion subreddit. The post received more than 37,000 points in less than two days.

On Twitter, a phrase from the video “Saucy Nuggs” trended under the hashtag #saucynuggs. On September 2nd, the verified Buffalo Wild Wings Twitter account a wanted sign that says, “Wanted for Wing Slander. Boneless Wings are not nuggets” (shown below, right). 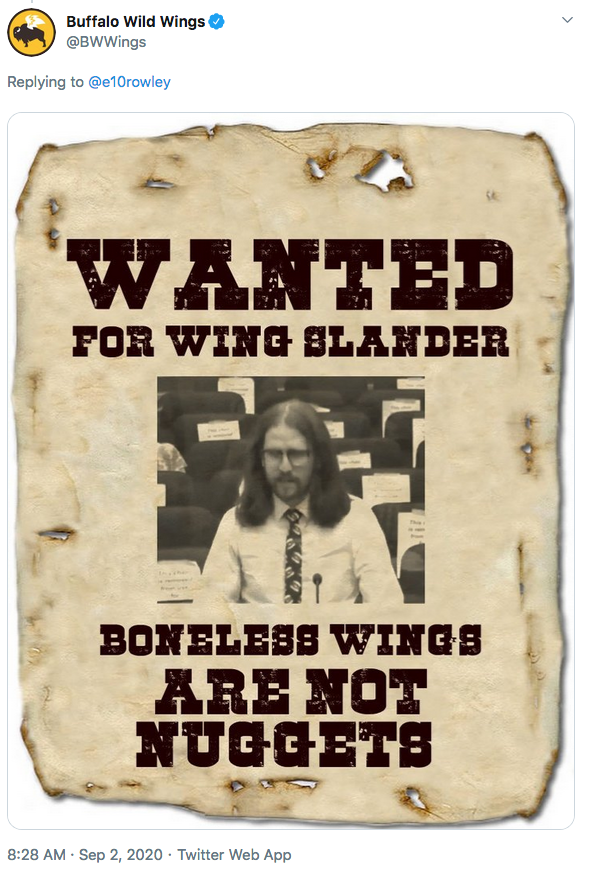 That day, Gizmodo published an interview with Christensen (excerpt below).

Gizmodo: What prompted you to speak at the Lincoln City Council meeting?Ander Christensen: Well, to be honest, I found that there’s just so much conflict in the world right now and there’s just so much noise. Like, if you don’t stand up for something, then you’re being silenced and you’re basically saying that you’re for this thing. And so I realize that I’m passionate about something. I can’t be silent about it. And, based on the reaction, clearly, I’m not alone.

On September 3rd, the New York Times published an article about the video. In the video, they note, that Roy Christensen, a city councilman and Ander’s father, said, “I would like to just comment here, for the record, that’s my son.”

Other news outlets published articles about the video, including CTV, NBC, USA Today and more.

Yes yes I got the cooking honey
Is Cats The First Cult Classic Of The 2020s?
Your Feeble Skills Are No Match For The Unlimited Power Of Palpatine Memes
Elon musk must be regretting this