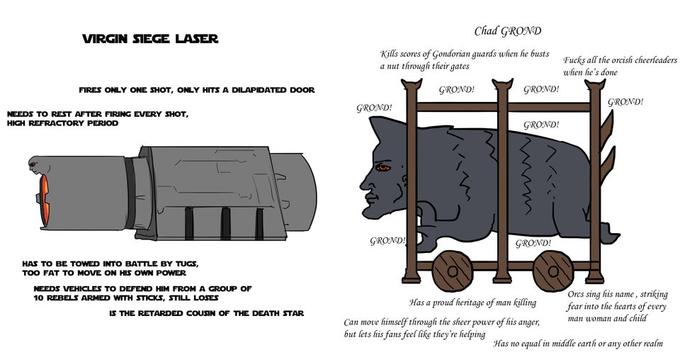 Grond is a battering ram from The Lord Of The Rings: The Return Of The King. Shaped like a wolf’s head, it is used by the Uruk’hai to break down the gates of Minas Tirith. In the late 2010s, it became a popular subject in Lord Of The Rings meme communities.

In The Lord Of The Rings: The Return Of The King, the Uruk’hai army bring a battering ram to break down the gates of Minas Tirith, the capital city of Gondor. The battering ram, called Grond, is shaped like a wolf’s head with a fiery mouth.

The object began seeing use in memes in the Lord Of The Rings meme subreddit, /r/lotrmemes, in early 2018. On January 3rd, a Redditor posted a Virgin vs. Chad meme about Grond, gaining over 340 points (shown below, left). Grond memes grew popular in June of that year, as several Grond memes appeared on June 5th and 6th. For example, user jc_special posted a Drakeposting edit on June 6th, gaining over 3,000 points (shown below, right). 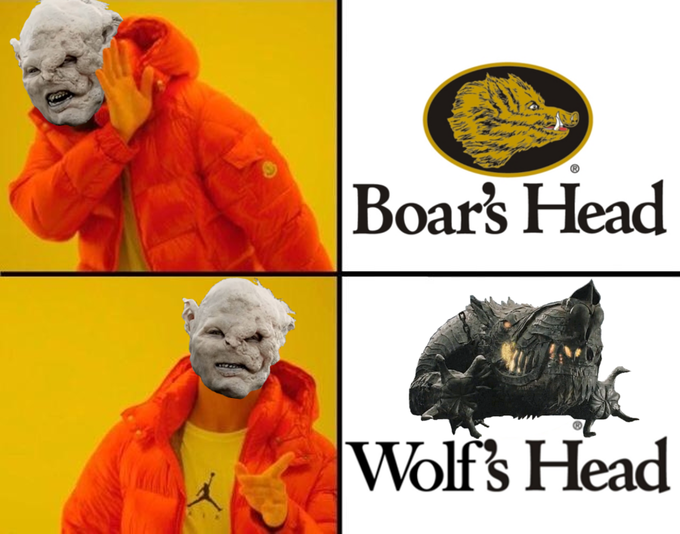 Several of the Grond memes made comparisons which compared the ram favorably to other things. For example, on June 8th, 2018, user jc_special posted a meme favorably comparing Grond to trebuchets, gaining over 7,300 points (shown below, left). On October 11th, 2019, the same Redditor posted a similar comparison to girlfriends, gaining over 22,000 points (shown below, right). 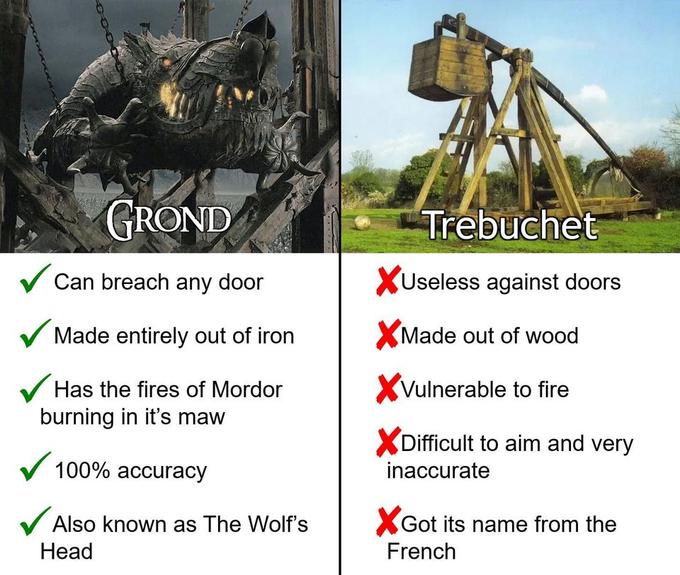 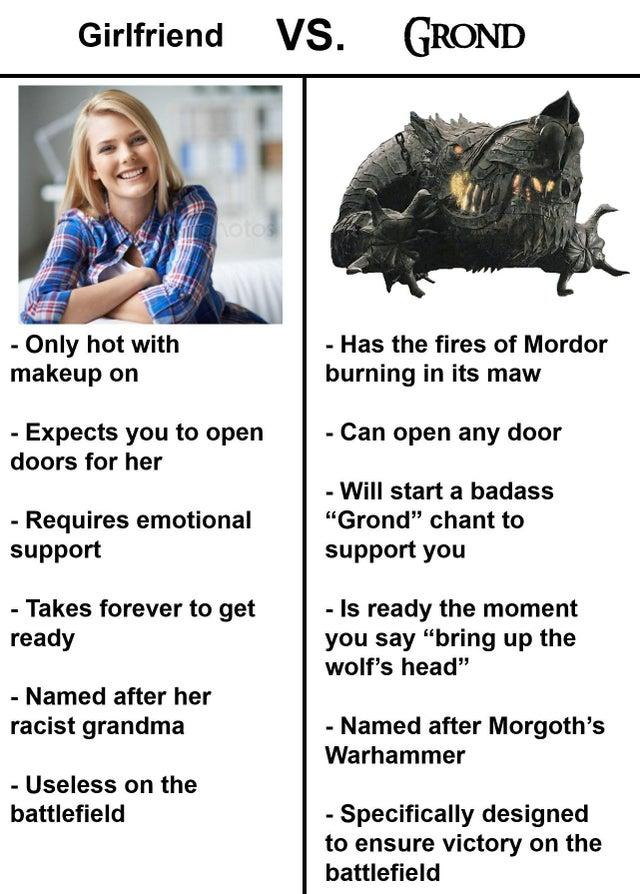 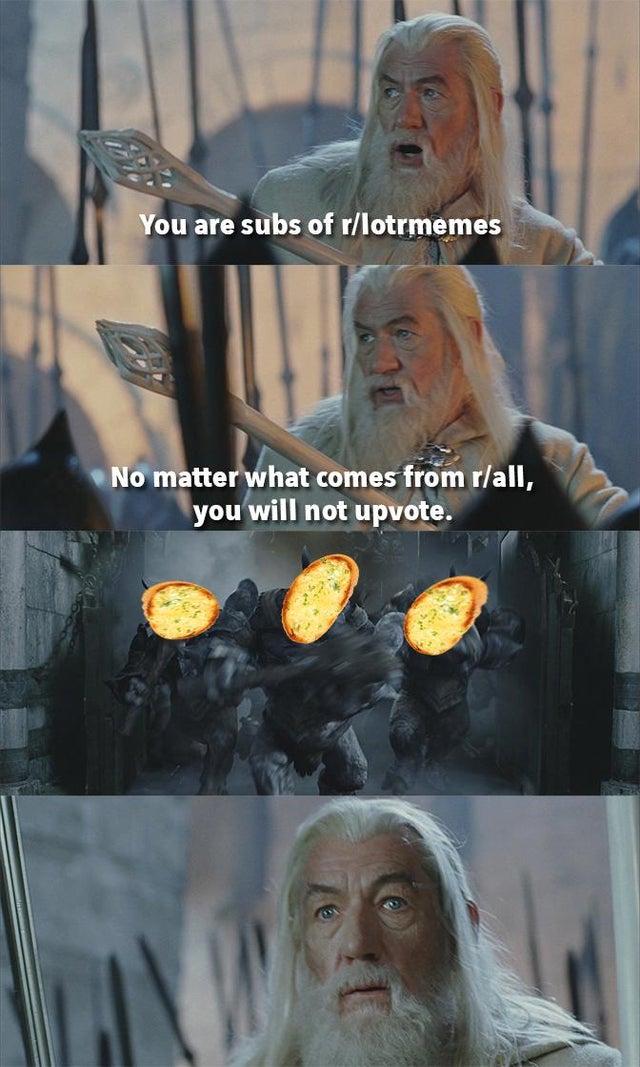 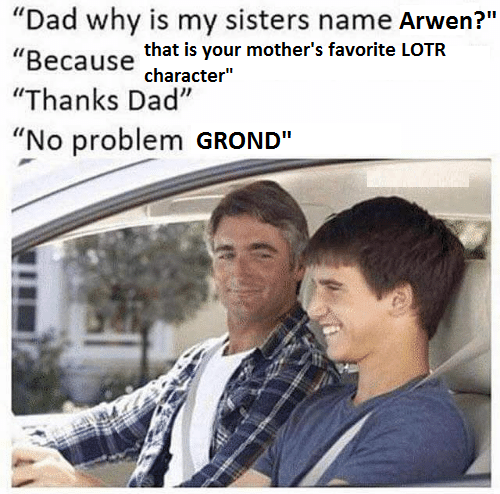 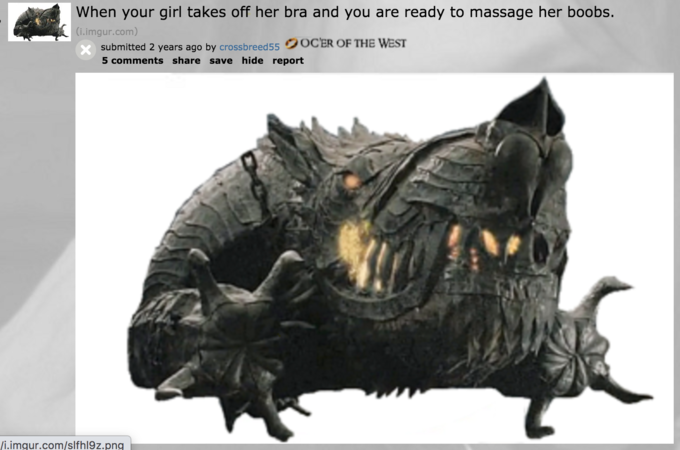 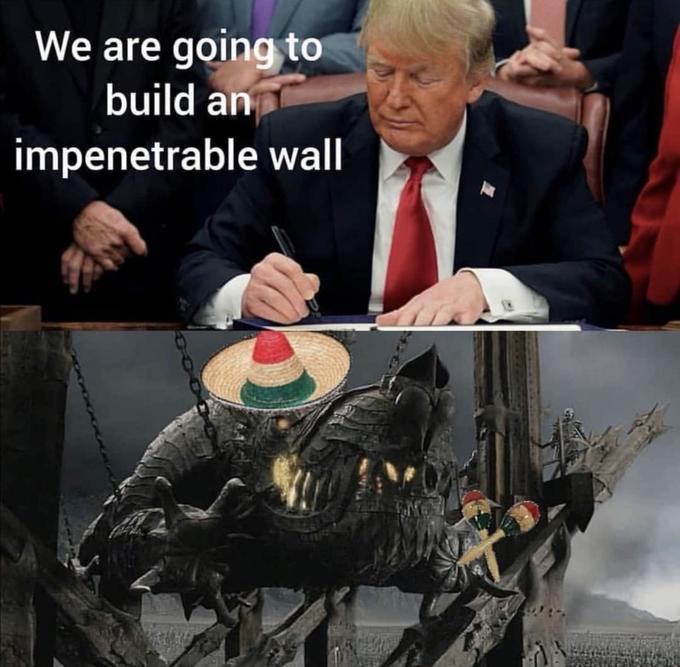 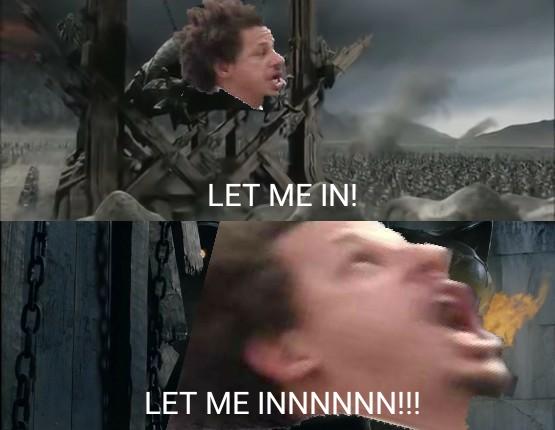 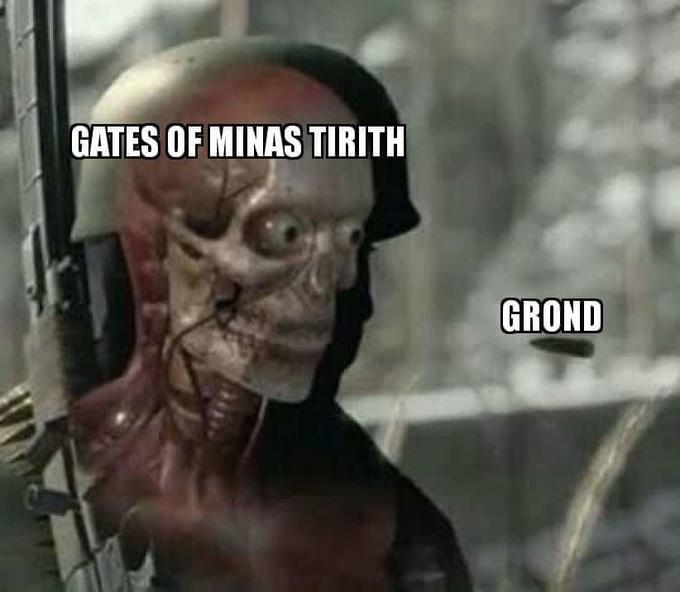 Nothing New For Ma' Nurse
Seems like me if I was on there
Animal Crossing Character Is So Popular, People Are Trying To Sell Him On eBay
Long Live Greg Peppers, The Quarantine Everyman