Wow, This Is Your Room? refers to a series of memes in which Doomer Girl compliments Doomer on his room, which is decorated entirely with merchandise of a certain fandom, or otherwise reflects his obsession with a single interest.

On May 15th, Redditor maggfm posted a meme depicting Doomer Girl standing in Doomer’s a Minecraft-themed room, with Doomer Girl complimenting Doomer on it (meme authorship unconfirmed). The post received over 350 upvotes in /r/DoomerGvng subreddit in one month (shown below). 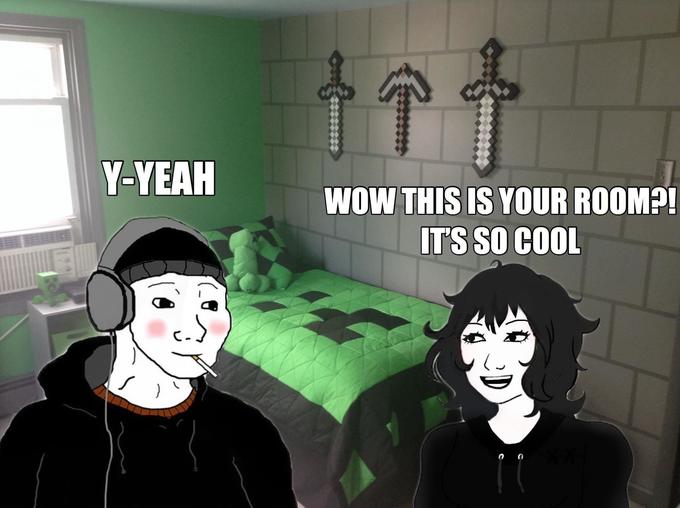 Also on May 15th, Facebook page Chivas De Guadalajara s h i t p o s t i n g posted the earliest known derivative of the original meme, with the post gaining over 670 reactions and 380 shares in one month (shown below). 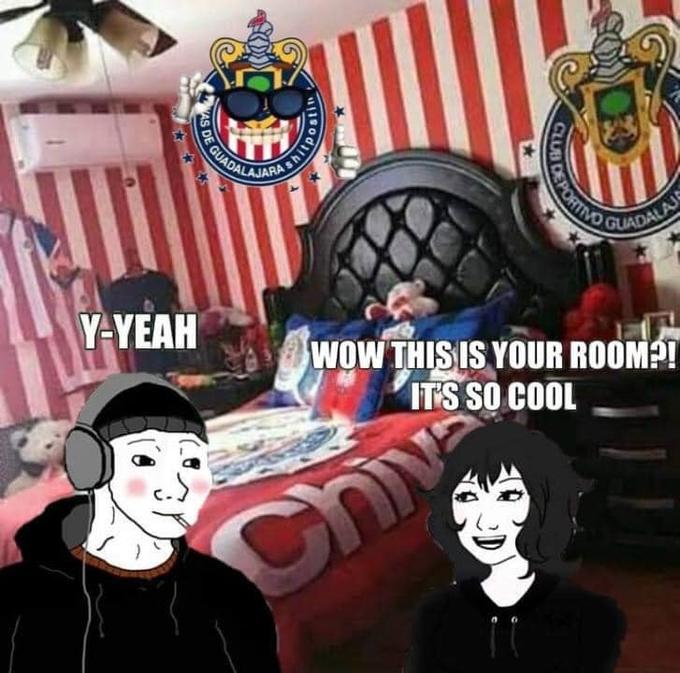 In the following week, the original Minecraft meme saw viral spread online; for example, a May 18th repost in Minecraft Steveposting Facebook group received over 3,000 reactions and 840 shares in one month. A May 20th repost by iFunny user kyubi received over 870 smiles in three weeks. 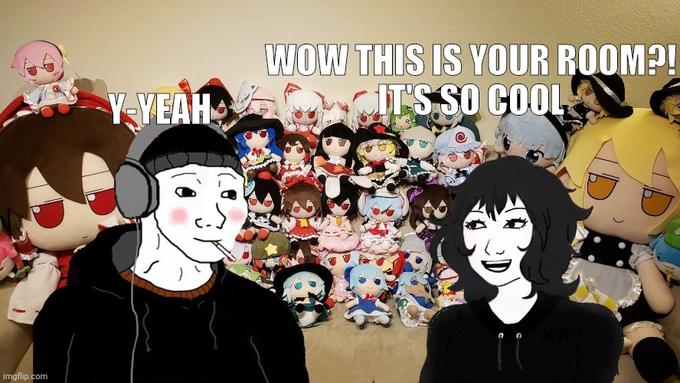 Following the viral spread of the original and @TouhouIRL’s posts, the format gained moderate spread online, primarily on Facebook. For example, on May 26th, Facebook group Depression Barbell Club posted a meme which received over 2,900 reactions and 960 shares. 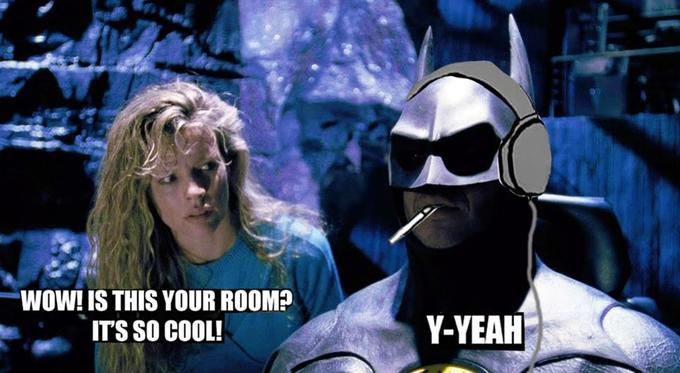 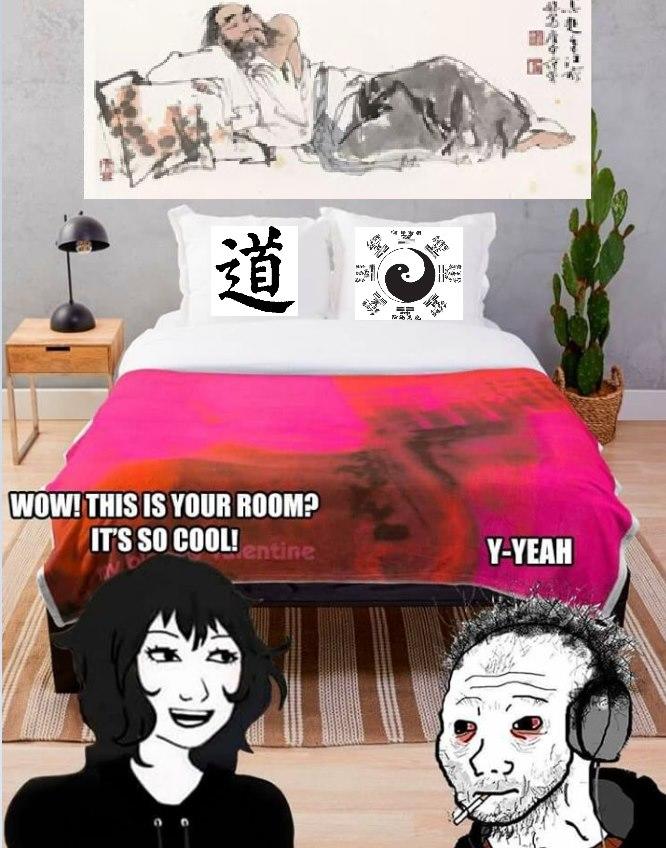 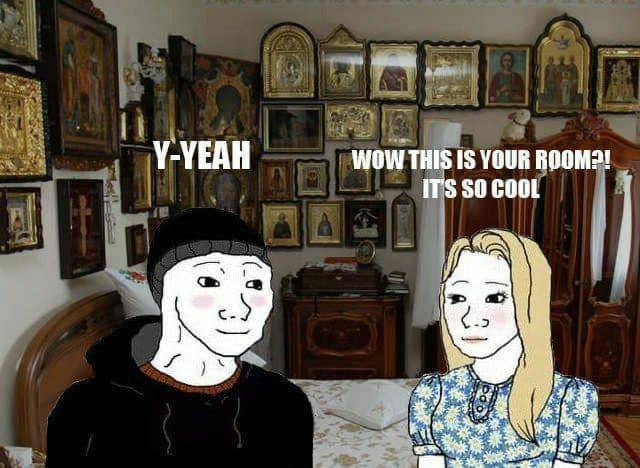 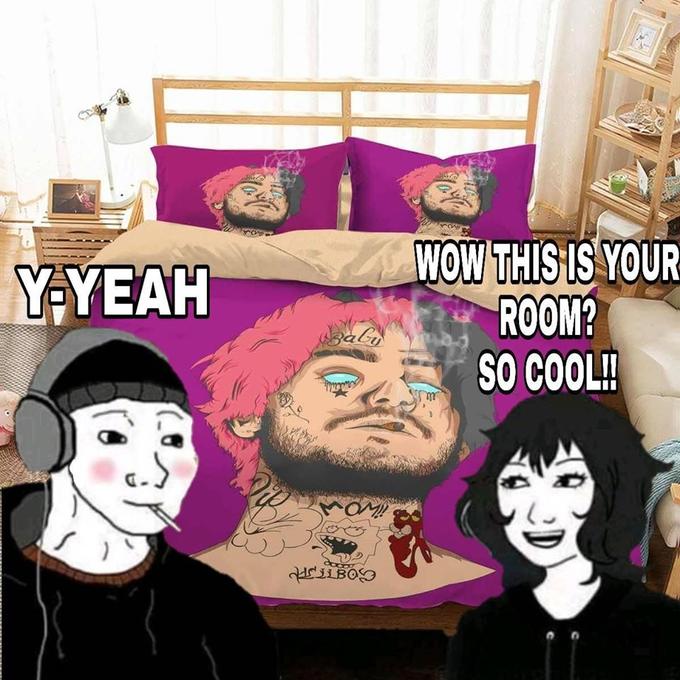 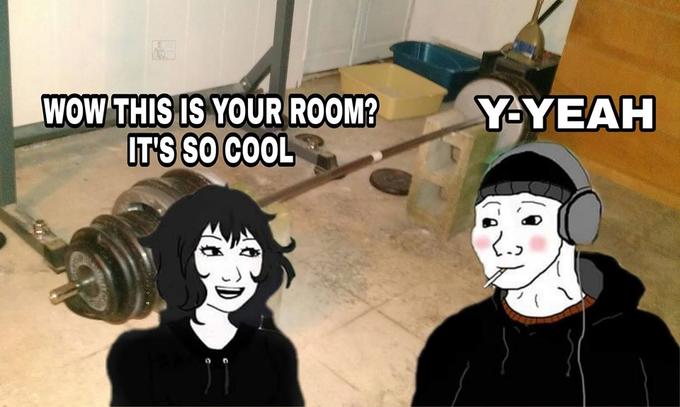 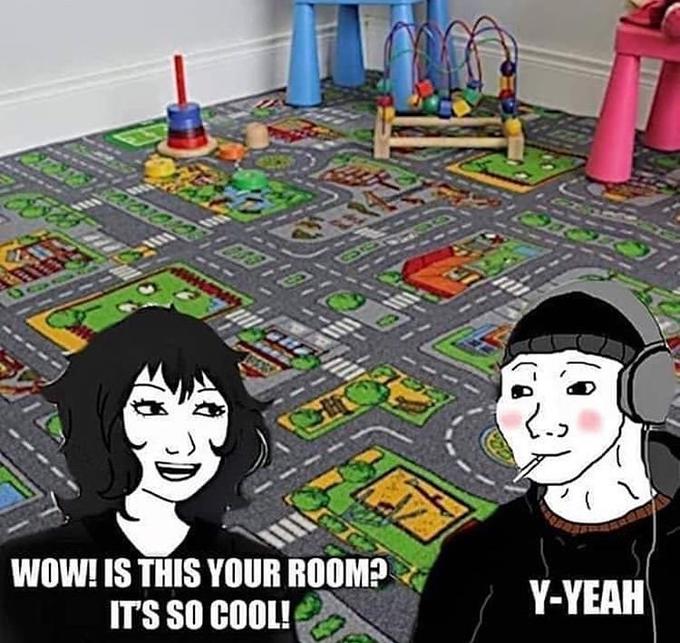