Bait-and-switch memes have existed since the dawn of the internet, but in 2020, we’ve seen a surprising explosion in this style of online prank. But unlike in previous years, when getting Rickrolled or losing The Game was seen as a major annoyance, this year’s iterations like Monki Flip and Ronaldinho’s Soccer 64 Opening are no longer an aggravating troll, they are actually welcomed with open arms. How did that happen?

The bait-and-switch internet trend stems from the late 1990s, with one of the most iconic early examples being the infamous Goatse shock image. The concept revolved around tricking unsuspecting victims into clicking a link, usually claiming it would lead to something enticing or otherwise relevant to their interests, but would actually lead to a disturbing or obnoxious webpage. In the case of Goatse, they would end up looking into the depths of a man’s soul through the window of his widely stretched anus.

Starting in 2003, Kikia introduced the era of the Internet Screamers – a packaged “two-in-one” bait-and-switch of sorts. The calm, long-shot videos hypnotize the viewer and tricked them into turning up the volume and studying the details – right before a spooky scary face jumps out of nowhere to tests the control they have over the bladder.

Bait-and-switching really blossomed in the mid-2000s, when 4chan came up with the Duckroll. Following the same formula as Goatse but less NSFW and more silly, clicking an inconspicuous-looking would open an image of four-wheeled duck captioned “DUCKROLL,” with “The Picard Song” playing over it. While the initial reaction might have been confusion, the prank really set in when a person got rolled again and again over the course of weeks or months, with their disgruntled comments delivering plentiful keks for the baiter and for those who managed to avoid the trap.

By May 2007, the Duckroll had been largely replaced with the undisputed king of bait-and-switching, the infamous Rickroll. At that time, gamers on 4chan’s /v/ board and in other places were hungry for a sneak preview of Grand Theft Auto IV, ready to click anything promising. So they got rickrolled by the thousand.
While Trololo Guy, 2 Girls 1 Cup, Lemon Party, Meatspin and some other videos and sites, both SFW and NSFW, saw their use in bait-and-switching, until 2018, few memes came somewhat close to Rickroll in how widespread and annoying they got. One such meme was ManningFace, the photo of National Football League quarterback Peyton Manning wearing a black hood that plagued Reddit from 2014 through 2016, burning itself into many-a-Redditor’s retinas. And in 2016, iFunny popularized Beaning unsuspecting victims. 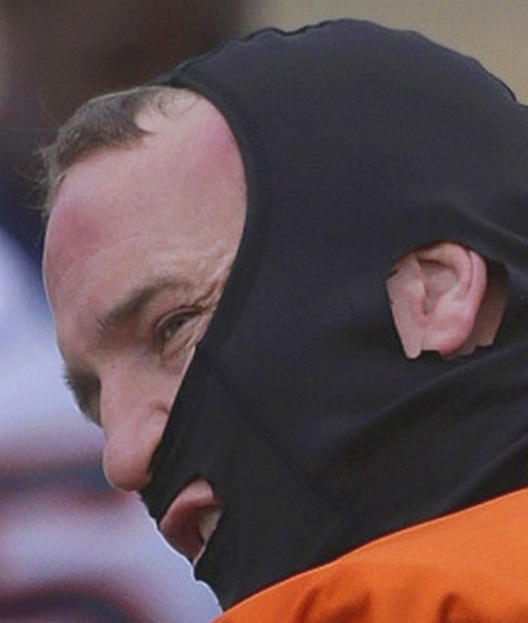 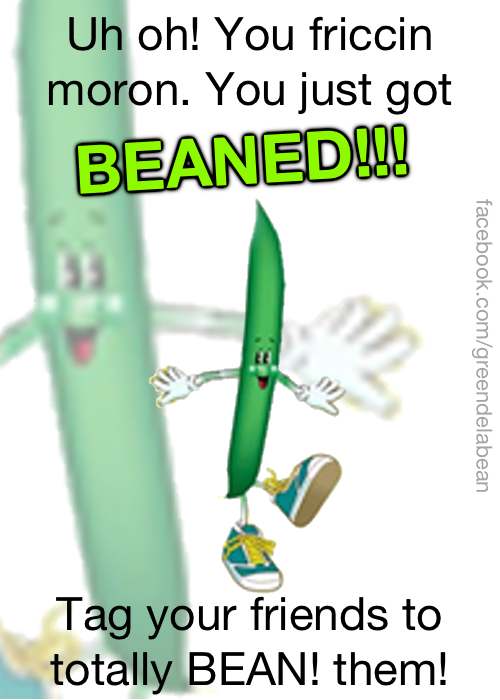 The rules of the game first changed in 2018, when people decided that the time was ripe to Gnome one another with an annoying red-hatted gnome named Noggin Clontith. This time around, people took a more creative approach by creating “single-package” bait-and-switch video edits, in which the gnome character was added into another video rather than simply directly linking to the original clip of Clontith (although that was also taking place).
Instagram and Twitter meme content creators were the driving force behind the innovation of “You Have Been Gnomed.” Employing the full arsenal of their editing skills, they turned Noggin Clontith into something more than just a simple bait-and-switch, adapting the meme to become a perfect fit for every video. Unlike the earlier bait-and-switches, getting gnomed wasn’t annoying – it was now quite an enjoyable experience since it was different each time.
“You Have Been Gnomed” inspired a flurry of smaller bait-and-switch videos in 2019 such as Death to the MLPA, although none of them managed to achieve the level of creativeness that gnoming introduced. In April 2020, Mundial Ronaldinho Soccer 64 Opening brought another breath of fresh air into the meme, setting the ground for the renaissance of bait-and-switch videos.

Why does anime food look so good and aesthetically pleasing… pic.twitter.com/OBe38jumtK

In the footsteps of You Have Been Gnomed, the new meme relied on editing the switch into a video rather than linking it. The fact that the green screen template, uploaded at the very start of the trend, gained a whopping 580,000 views is indicative of this major shift in the bait-and-switch meta. While the older “click a link” method continues to live on, primarily with shock content such as Wood Sitting on a Bed, the “two-in-one” bait-and-switch package began to dominate.

In August 2020, bait-and-switches have reached new heights, proliferating on every platform from Instagram and Reddit to Twitter and iFunny, with the threat getting stick bugged, monki flipped or mesmerized by Henry Stickmin’s Distraction Dance being at an all-time high during any given day on social media.

But the increasing growth of the number of bait-and-switch videos one encounters on a daily basis threatens to make the whole trend annoying, boring and repetitive. But if that happens, this format probably will most likely just take some time off from the limelight, only to return in a new form once demand increases yet again.
Source – Know Your Meme News