Don’t You Ever Stop refers to Orga Itsuka’s final words after being assassinated in Mobile Suit Gundam: Iron-Blooded Orphan. The moment has been widely parodied, particularly among the series’ Japanese and Chinese fandom.

In Mobile Suit Gundam: Iron-Blooded Orphan Episode 48, the boss of Tekkadan, Orga Itsuka is about to leave a city with Ride Mass when they’re assaulted by three hitmen with a machine gun. Orga shields Ride Mass with his back and then shoots at one of the hitmen back, forcing them to retreat. Although critically wounded, Orga Itsuka stands up and walks slowly, telling his members and himself to never stop moving before eventually falling over dead, his final words being “Don’t you ever stop” (shown below).

Orga Itsuka’s death scene has been mocked by the Japanese and Chinese fandom over Orga’s decisions in the latter half of Season 2 and the scene’s over-the-top nature.

After the episode aired, numerous edits of Orga Itsuka’s death scene has been uploaded to Nico Nico Douga, with Orga Itsuka usually dying at the end in his iconic pose no matter what. Edits of Orga Itsuka are also popular in Bilibili, a Chinese video-sharing website that draws heavy inspiration from Nico Nico Douga. Several videos from Nico Nico Douga were also translated with Chinese subtitles in Bilibili. For example, YouTuber Strike Freedom Gundam uploaded a version on February 3rd, 2020, gaining over 16,000 views (shown below, left). On May 13th, user Masa-san Samazamana Mono posted an example that gained over 17,000 views (shown below, right). Additionally, there are numerous videos depicting Orga Itsuka in another series on Nico Nico Douga and Bilibili, also referred to as “Isekai Orga” by the fandom.

In 2019, an Orga Itsuka statue was placed on a post that formerly has a statue of Professor Hikoichi Orita which has long since been moved due to vandalization at Kyoto University. Foods and flowers have been placed near the Orga Itsuka statue as if it was a memorial statue . 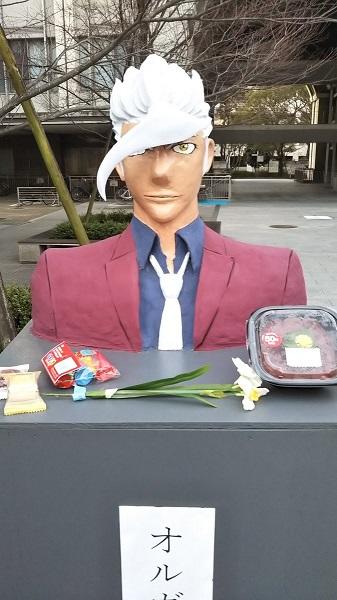 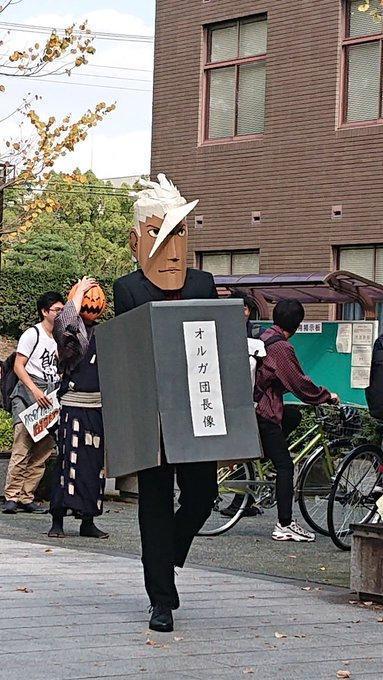 Orga Itsuka placed number one on the “Which Anime Character’s dying line is the most famous” survey. On NHK’s Ultimate Gundam Poll, Orga Itsuka placed third, with Amuro Ray and Char Aznable from Mobile Suit Gundam taking the second and first place, respectively .

No opinions allowed
The day has finally arrived
Don't you justhate it when that happens
But... But...