Utah Anti-mask Rally refers to a viral video of a protest in St. George, Utah against the state government’s law which made protective face wear mandatory during the COVID-19 pandemic. The clip was widely shared on Twitter, where it was described as “beyond parody” due to the various outlandish statements made by attendees, such as a woman comparing wearing a facemask to the killing of George Floyd and another saying that “child molesters love” face masks.

The segment stunned Twitter users who both expressed despair and commented that it felt like a parody. User @Jared_Carrabis tweeted the video, saying “This has to be an SNL skit,” gaining over 37,000 retweets and 86,000 likes (shown below, left). User @ChrisMelberger tweeted, “This plays like a video made by The Onion. In actuality it’s the sad, depressing state of our country,” gaining over 180 retweets and 1,900 likes (shown below, right). 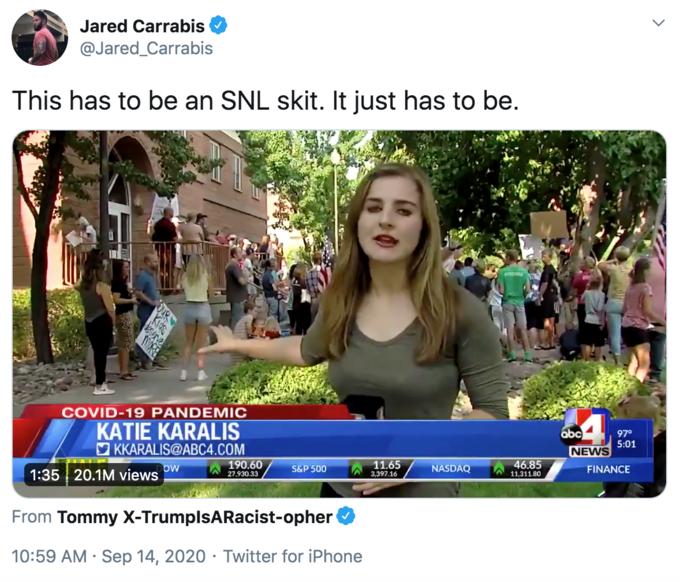 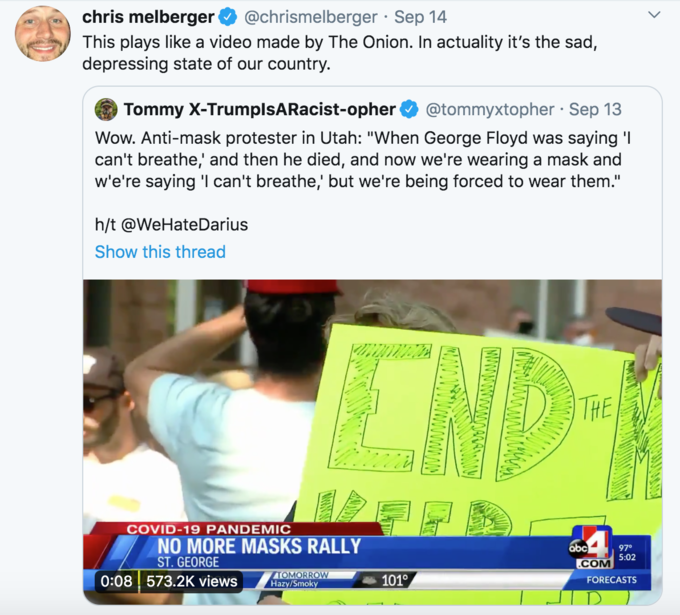 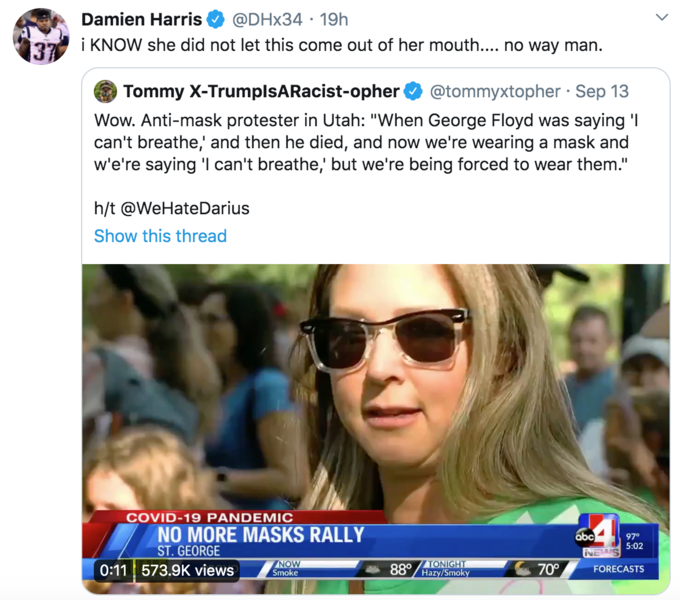 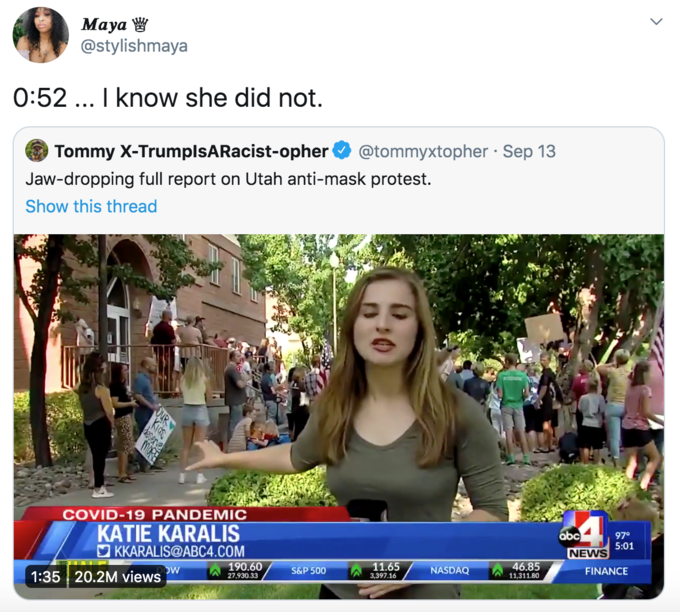