Earlier today, Nvidia unveiled its highly anticipated 3000 series graphics cards, dubbed the “Ampere,” during its Ultimate Countdown livestream event. While most of the speculation for months has centered around the price and performance, which many thought would be both expensive and merely incremental, the new GPUs have left many simply stunned — in terms of both price and performance. 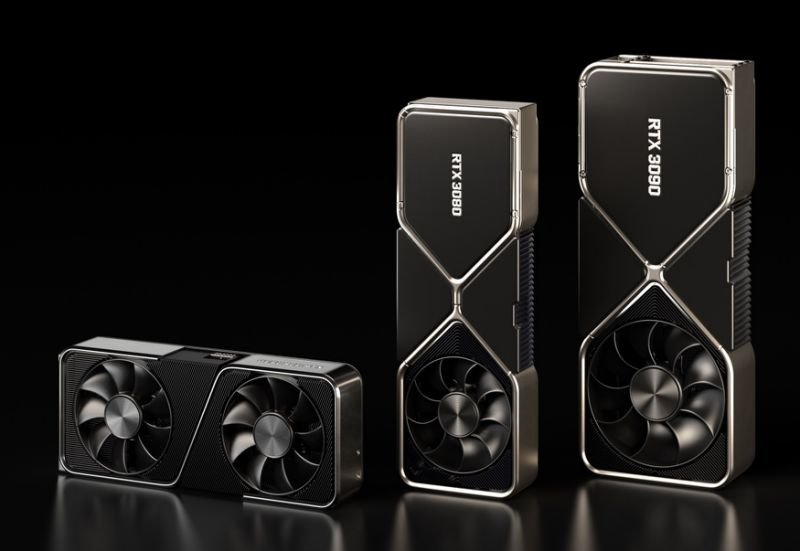 Announced at the event was the GeForce RTX 3070, 3080 and 3090, in order of increasing cost and performance. Divulging all the full details of these new cards, Nvidia appears to have competitively priced the Ampere, much to the surprise of many who expected even the 3080 to reach upwards of $1,000. You can see the full list of cards with their prices and release dates below.

Me upgrading my 970 to the 3080. #Nvidia pic.twitter.com/kSEkWinYkI

Up until this announcement, the 2080ti was the top-tier GPU for the vast majority of PC gamers, but with the impressive performance of the 3080 (not to mention the price point), Nvidia claims the 80 series will outperform this former champ by double the amount. Even the 3070, which retails for about half the cost of the 2080ti, boasts enough power to topple the old flagship.

Obviously the new 3090 is the absolute top of these new GPUs, as well as being an absolute unit, but at almost $1,500 for this monster graphics card, most people will be perfectly fine with the 80 or 70. The 90 does, however, boast enough power to run 8K at 60 frames per second … but good luck fitting this heckin’ chonker in your case. 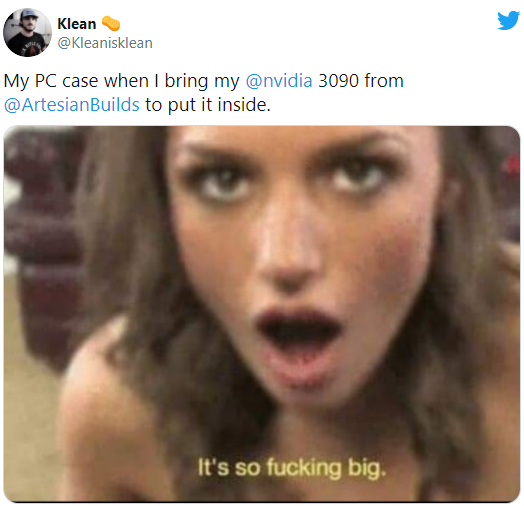 While most people were focused on the new juicy details, performance and reasonable prices, the “work from home” aspect of the stream was a particular point of conversation. With what’ll undoubtedly go down as one of the strangest events in tech, the entirety of the livestream was filmed in Nvidia CEO Jensen Huang’s kitchen. When he reveals the 3080, many viewers took notice of his expansive spatula collection, as well as the quirkiness of Huang removing the 3090 from his oven before showing it off to the world.

Despite early predictions, it seems like Nvidia has brought PC gamers a bit of good news in 2020, to say the least … unless, of course, you’re one of the poor souls who didn’t wait for the event and went ahead and purchased a 2000 series card recently. 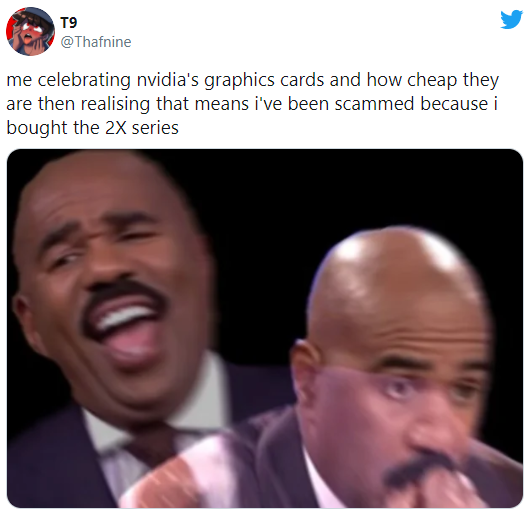 Interested in watching the Ultimate Countdown event for yourself? You can check out the full livestream here and learn more about the other minor announcements that took place over the course of the half-hour show.
Source – Know Your Meme News