You Fucking Donkey refers to a reaction image of Gordon Ramsay on Hell’s Kitchen saying the phrase. Oftentimes, it is paired with an image of Ramsay acting kindly to a child, demonstrating the disparity of someone’s kind behavior towards one thing and violent behavior towards another thing.

The line comes from Season 2, Episode 4 of Hell’s Kitchen, where Ramsay says it to a chef who creates an intense fire in a pan (shown below).

On November 3rd, 2013, Tumblr user mione-mizuno posted a side-by-side comparison of Ramsay saying the line and Ramsay consoling a child. The post has gained over 220,000 notes (still shown below). 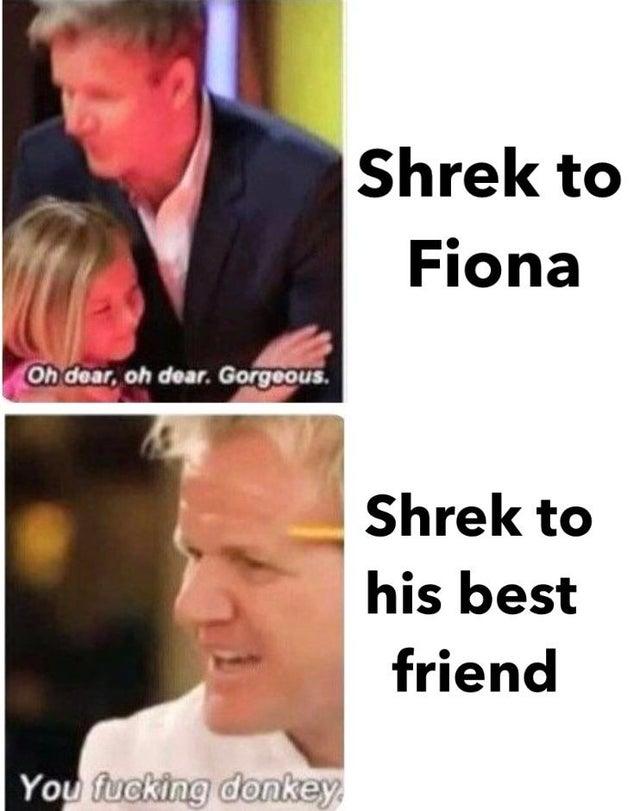 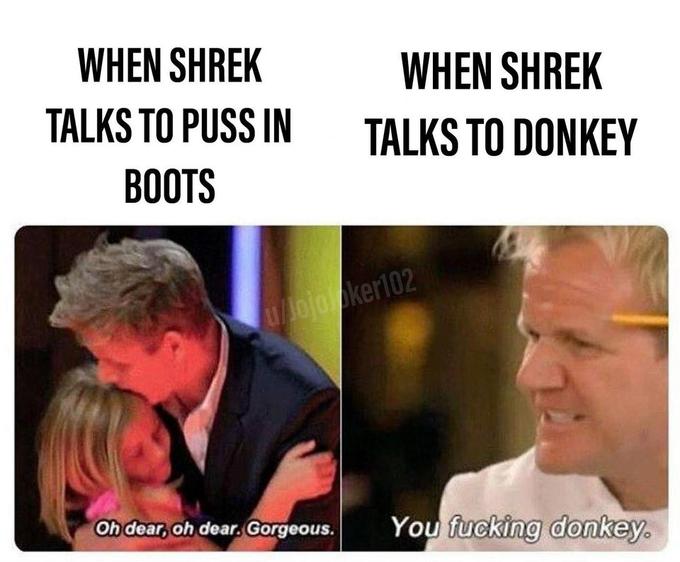 The meme spread throughout various communities on Reddit, where most of the edits center on family relations, such as parent-child relations (examples shown below). 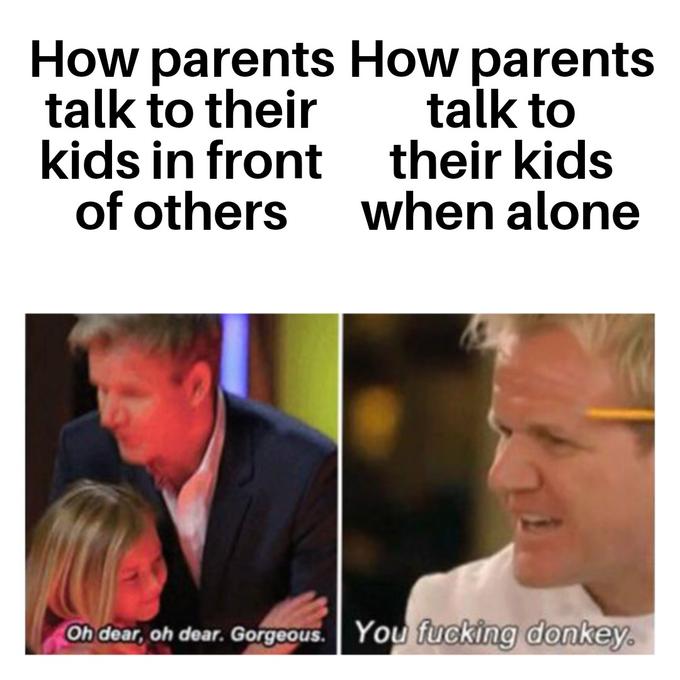 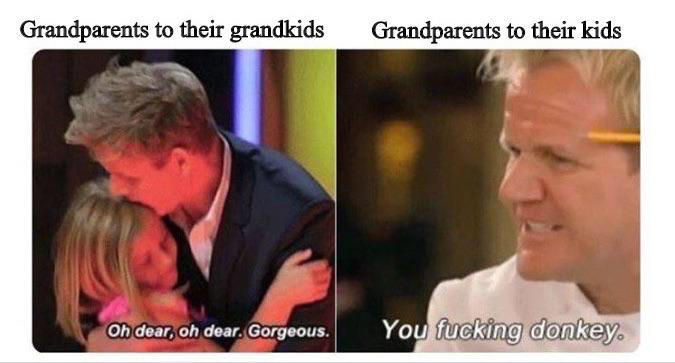 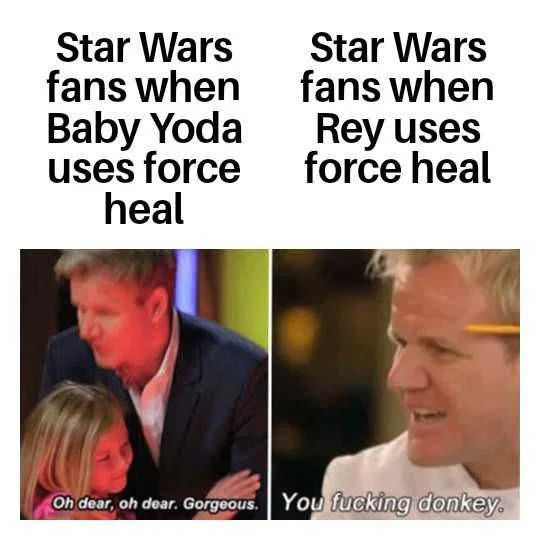 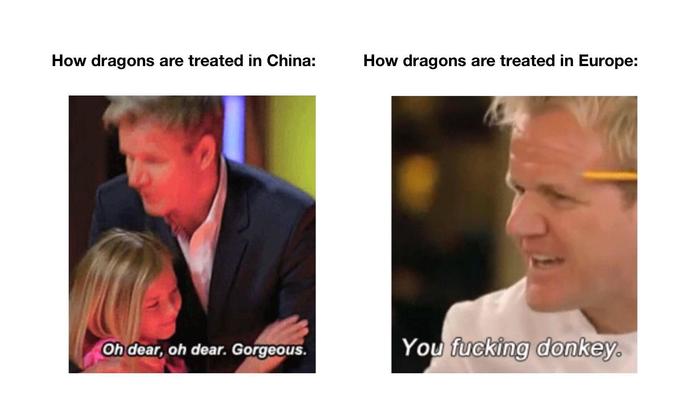 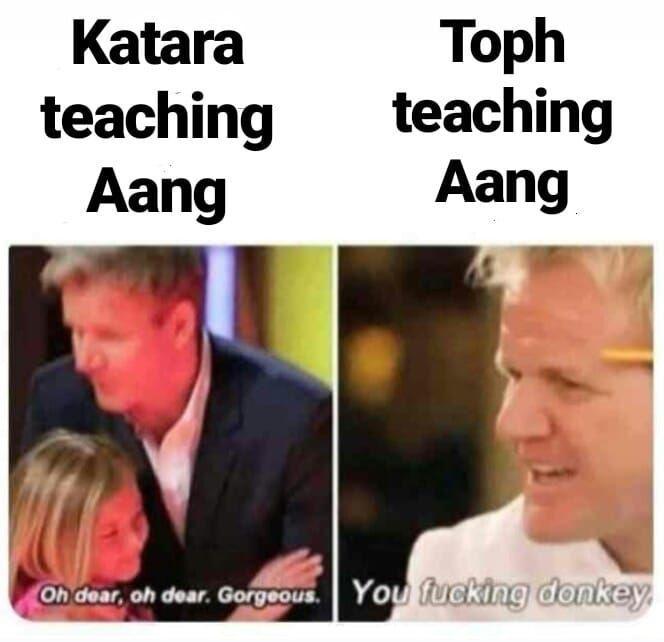 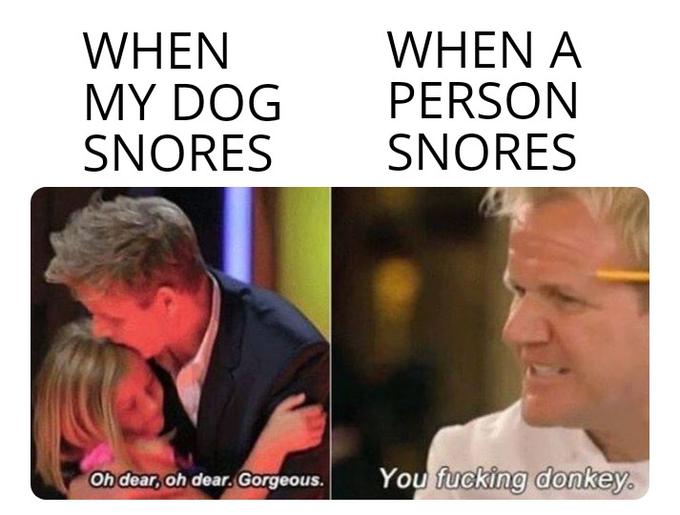 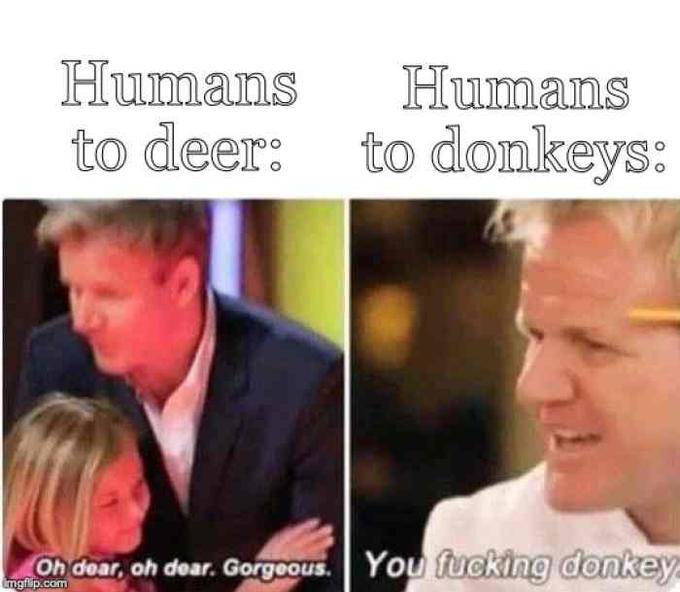 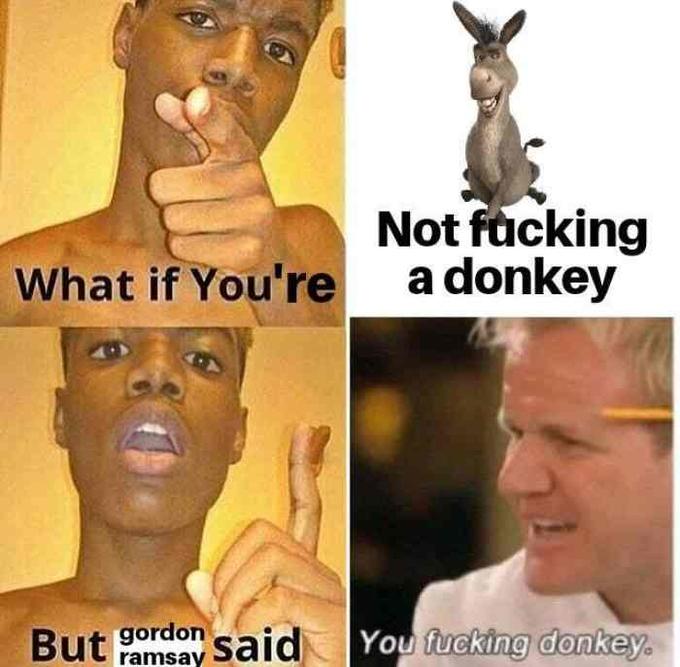 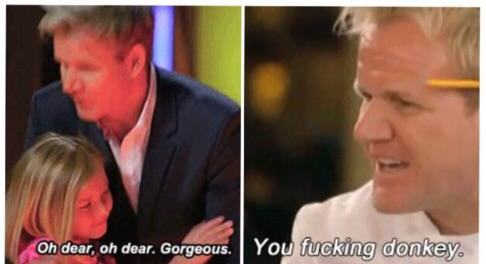 What if they are correct
Enjoy This Tapdancing Toucan, Won't You?
A Video Of YandereDev Drinking Milk From A Chalice Is A Meme Of Many Forms
From The Fires Of Mount Doom