Last Friday, White House Press Secretary Kayleigh McEnany bemoaned the left for forcing the cancelation of animated children’s show PAW Patrol. This was misleading, as PAW Patrol is not canceled or even rumored to be canceled.

Granted, there are many who don’t like PAW Patrol. The show depicts a team of dogs, headed by a police dog named Chase, performing good deeds around their fictional town. Vulture opined that there’s little in terms of moral or instructional value to the program and it’s heinously animated, but there’s hardly been a supposed massive left-wing backlash to the program.

There were, however a few jokes about canceling PAW Patrol roughly a month ago in the height of the George Floyd Protests. Many networks and companies took it upon themselves to reconsider their pro-police content, with shows like Live PD and Cops getting canceled (even if many activists made clear that they couldn’t care less about TV shows). People tweeted that Chase and PAW Patrol were next next, but most posts about PAW Patrol at the time were clearly intended to satirize the spirit of the moment. 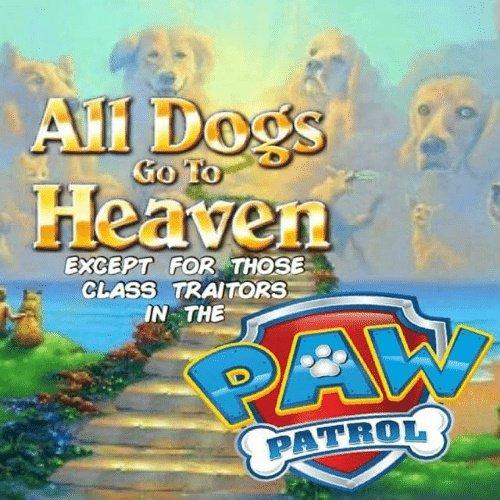 This appeared to be lost on McEnany, who listed PAW Patrol among the TV show victims of militant leftists. This forced the PAW Patrol to correct the White House and assure their followers that they were still very much on the air.

No need to worry. PAW Patrol is not canceled. 🐶

Many people astutely commented that the entire fiasco was very, very dumb.

I’m glad to see things getting dumber. I was worried.

In case you missed it: PAW patrol had to fact check the White House.

Next up: a coronavirus update from Doc McStuffins.

Also, thanks @pawpatrol for the fact-checking. https://t.co/KtxGL5vLTW

umm on
All Safe Now
Karen isn't an offensive word
Only Minecraft gamers will understand...