Concerned Special Forces Guy or Concerned OMON Guy refers to a viral photograph of a masked Belorussian OMON officer pointing at a downed protester with an expression of concern upon his face. Taken on the first day of the 2020 Belorussian protests, the photograph has been used as a meme template, particularly on Russian-speaking social media pages.

On August 9th, 2020, during the first day of the 2020 Belorussian protests Reuters photo reporter Vasily Fedosenko took a photograph of an OMON (special police unit) officer pointing at a downed and injured protestor, identified as Yevgeny Zaichkin (shown below). 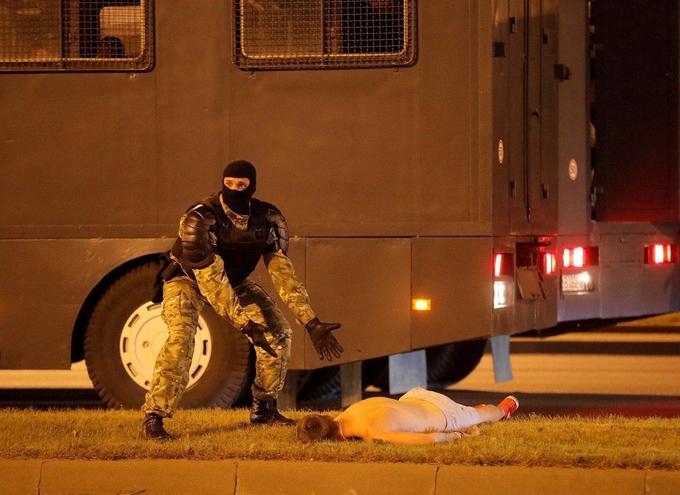 The photograph was featured by multiple news outlets in Belarus, Russia and worldwide. For example, on August 9th Telegram channel 4chan featured the image, where it received over 65,200 views in four days.

Starting on August 10th, 2020, the image gained popularity as source material for memes on Russian-speaking social media pages on VK, Telegram and other networks. For example, on August 10th, 2020, Telegram channel 2ch posted an object labeling meme captioned “Lukashenko / Belarus” that received over 188,000 views (shown below, left). Later on the same day, Telegram channel MDK posted a MMORPG meme based on the template captioned “Heal the tank, FFS.” The post received over 168,500 views in three days (shown below, right). 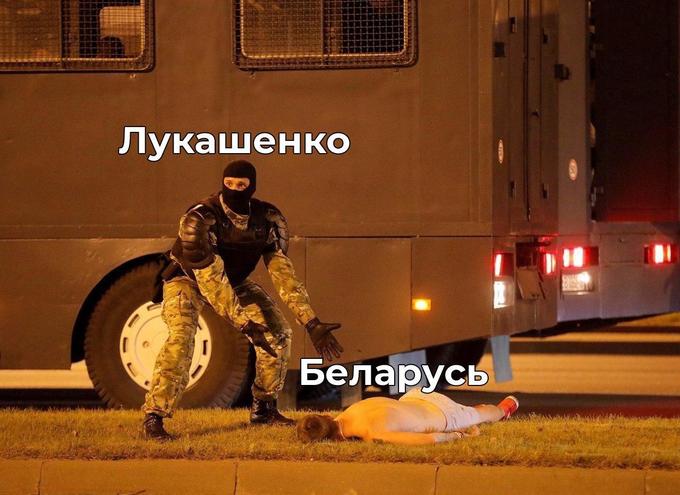 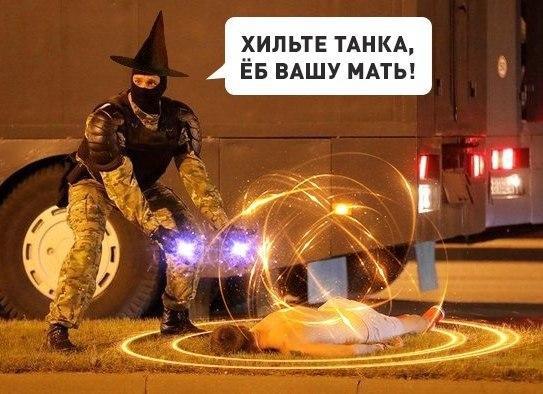 On the same day, Redditor resonic posted the photograph to /r/memes, writing “Meme Material.” The post received over 6,800 upvotes prior to being removed by the moderators for violating the rules of the subreddit.

On the same day, multiple Reddit users posted object labeling memes based on the photograph to /r/memes and other subreddits, with many posts being later removed by the moderators (examples shown below). Reposts of the original photograph to /r/AccidentalRenaissance and /r/hmmm subreddits received over 55,300 and 18,900 upvotes in three days. 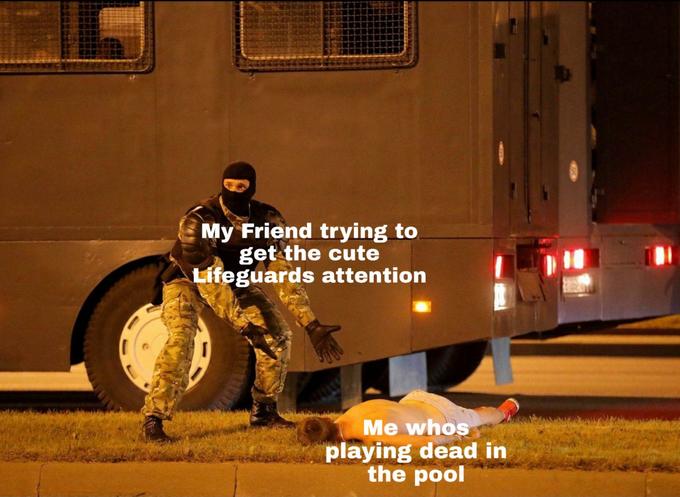 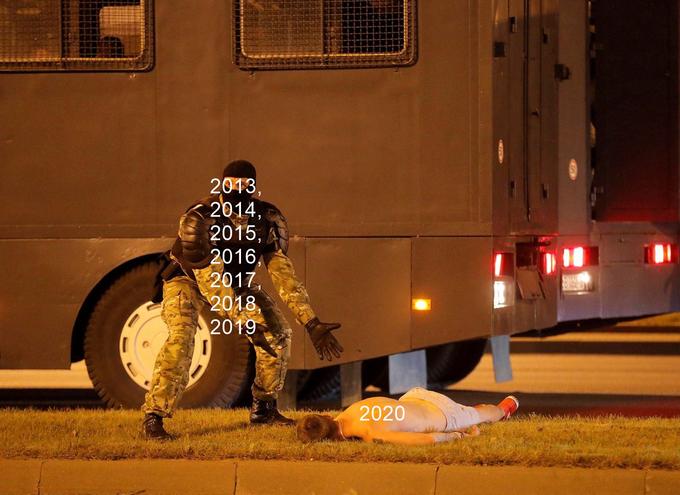 On August 10th, 2020, Twitter user @sorockha tweeted about the Reddit memes, writing “a man was beaten half to death and Reddit has turned this into a meme. fucking hell.” The tweet (shown below) received over 470 retweets and 6,500 likes in three days. 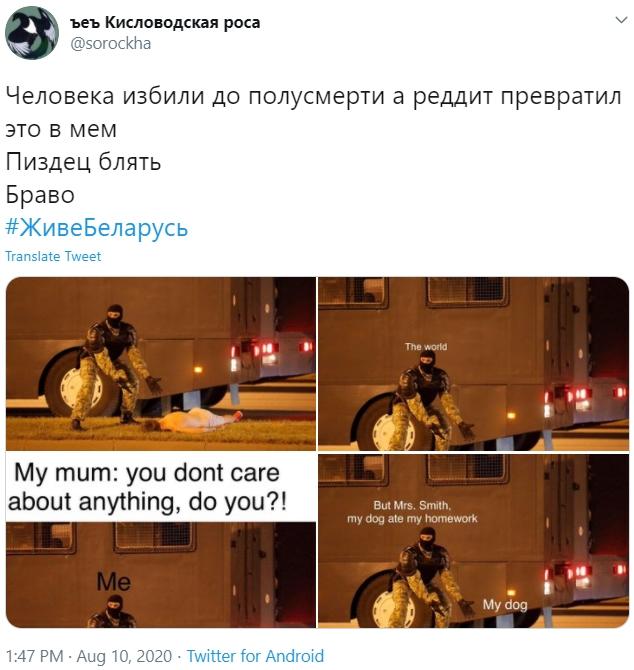 In mid-August 2020, more memes based on the photograph were posted both on Russian-speaking and English-speaking social networks, including viral posts on VK, Reddit and Facebook. In many examples, the man lying on the ground was edited out. 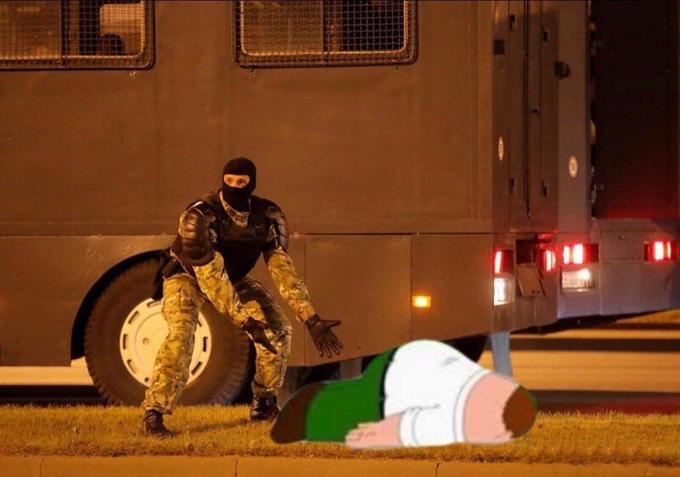 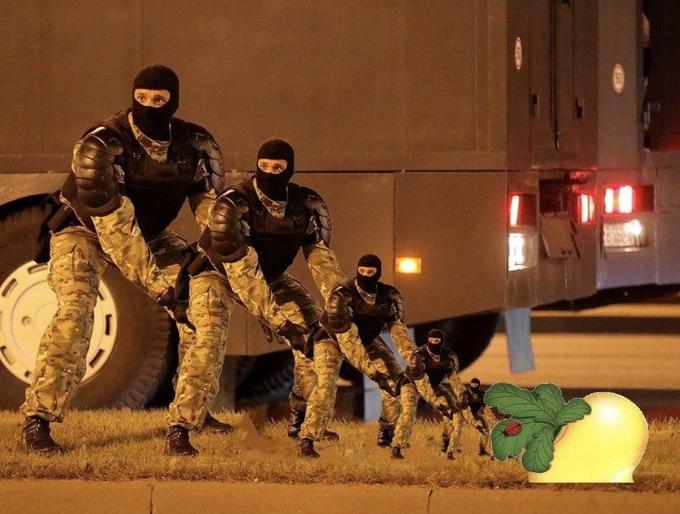 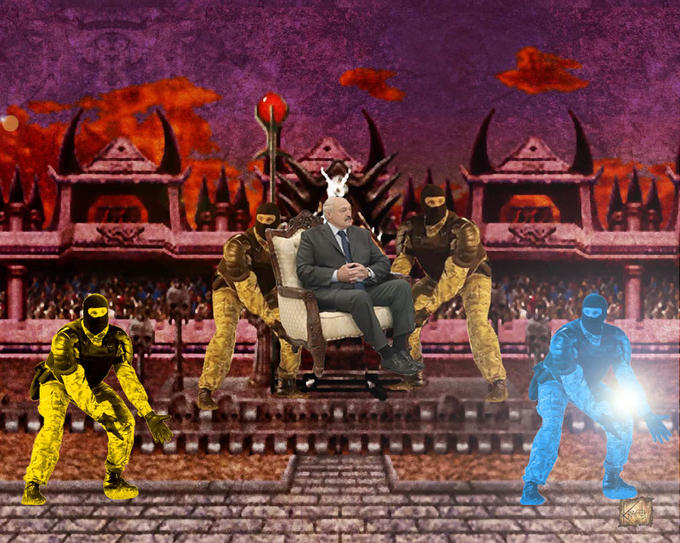 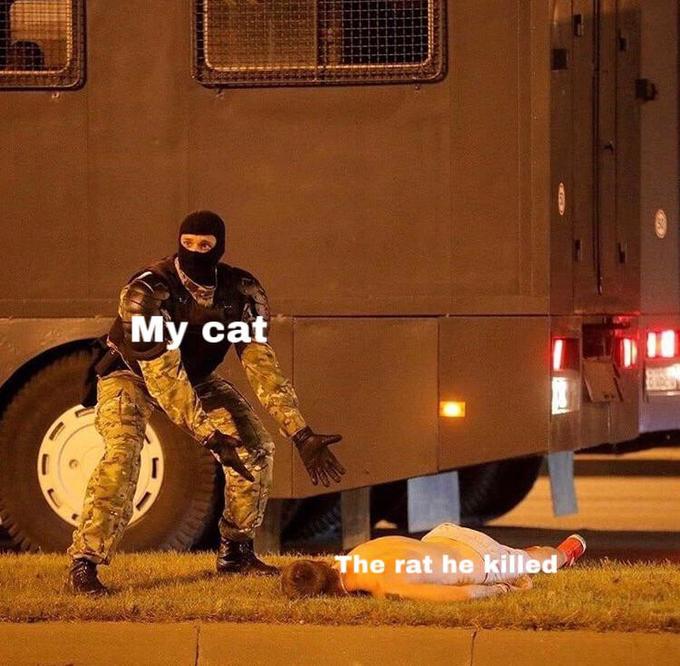 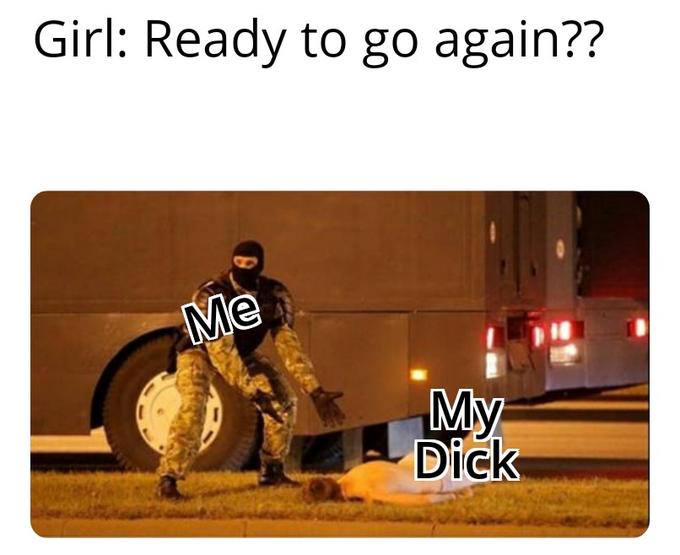 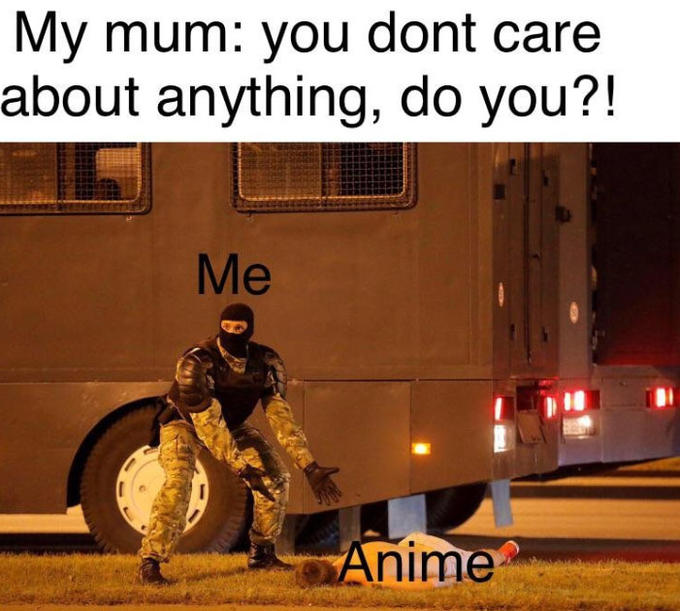