The original Pink Whale Challenge began in 2017 after a Brazilian PR agent launched the Baleia Rosa website (which means “Pink Whale” in Portuguese) as a way to combat the popularity of the Blue Whale Challenge among teens in the country. Much like its negative predecessor, the Pink Whale Challenge (seen below) tasks participants with 50 days of various activities, but this version instead focuses on spreading positivity through acts of kindness. Though the original site still exists, it no longer hosts the game. 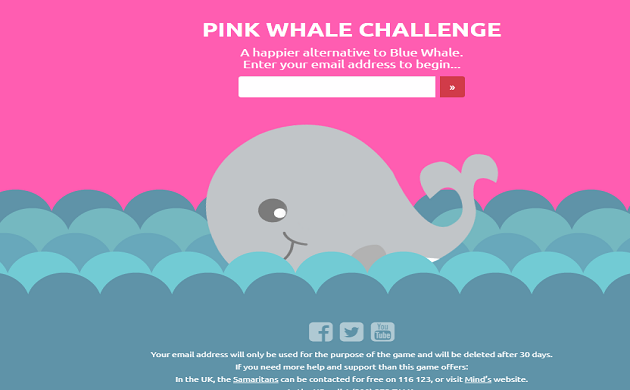 On August 17th, 2017, the Facebook page Momspresso posted about the social game, asking followers for their thoughts on the Pink Whale Challenge. The post received over 1,800 likes.

In July 2020, the Blue Whale Challenge reemerged on social media, primarily on Discord and TikTok, resulting in the resurgence of its counterpart, the Pink Whale Challenge. On July 2nd, 2020, Twitter user LeilaFlowerss shared the social game in a tweet (shown below), which included 50 daily steps for participants to perform. The post received over 5,400 likes and 2,800 retweets.

💕💗These 50 days you will learn to love yourself, remember to spread positivity. 💗💕 pic.twitter.com/HJBbX4T1YY