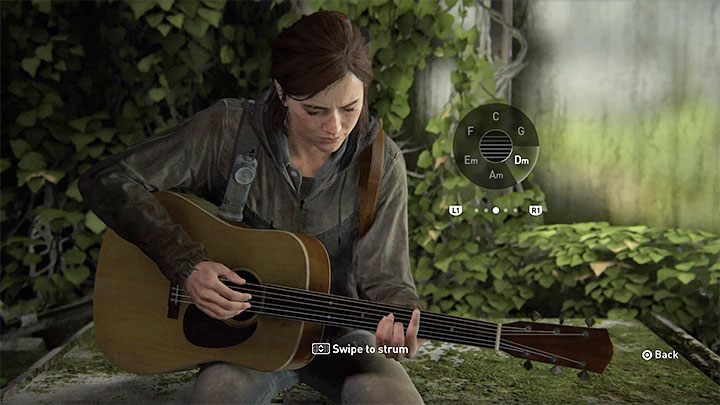 In the recently released The Last of Us Part II, you get to play guitar on several occasions. As the game offers you the full control of the instrument via a combination of some touchpad strumming and playing the chords with the analog stick, you can produce pretty much any melody you want. Some players took it to the max with covering some popular songs within the game.

Even before the official release, VG247 couldn’t help but put up a video of some guitar covers done in TLoU2, including “Californication” by Red Hot Chili Peppers, “Black Hole Sun” by Soundgarden, “Zombie” by The Cranberries and “Seven Nation Army” by The White Stripes.

On June 19th, Russian blog Dusgusting Men dropped some covers of Russian guitar bangers, with “Creep” by Radiohead also in the mix.

From June 19th and on, Twitter, Reddit and YouTube users jumped in on the budding trend, with folks covering Lana Del Rey, Johnny Cash and video game music.

Shawn James – “Through the Valley”

Attempt to play Through the Valley with Ellie’s guitar. #TheLastOfUsPartII pic.twitter.com/091bayvEN0

The Beatles – “Here Comes The Sun”

Here Comes the Sun! This is my thing now.#TheLastofUsPart2 pic.twitter.com/e6R8Yp89Ri

With great effort, you can play the LittleBigPlanet pod music in #TheLastOfUsPartII #PS4share pic.twitter.com/oTWCSoeov6

Eyyy!, I made Ellie play Canon in D🎸🎵🎶. .
This guitar feature in game is so cool, never expected that this will be a thing😊 Thank you game!#TheLastofUsPartll #TheLastofUsPart2 Neil_Druckmann TheVulcanSalute pic.twitter.com/6CLHoe0Muc

We will update this developing situation when Through the Fire and Flames cover comes out.

Ms. Monopoly Is Back In Memes After Twitter Rediscovers Its Bonkers Commercial
The Lord Of The Oomers
good wisdom indeed
Middl schoolers be like