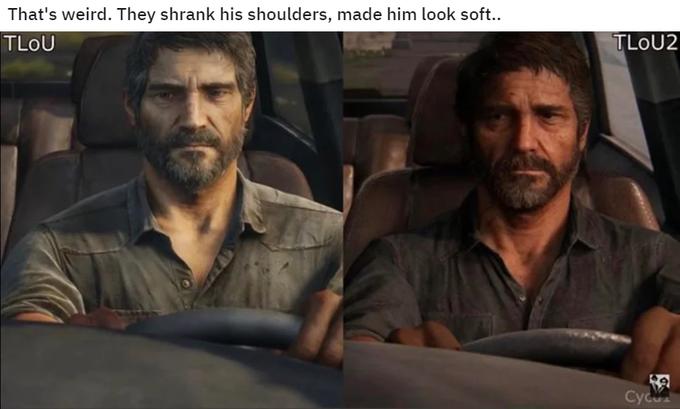 They Shrank His Shoulders, Made Him Look Soft is a copypasta based on a Reddit post about The Last of Us character Joel. After the post was reposted in /r/Gamingcirclejerk subreddit, it gained popularity in parody posts based on “before” and “after” images.

On May 28th, Redditor thisuseriswaiting posted a side-by-side comparison of character Joel as he appears in 2013 video game The Last of Us and in its 2020 sequel The Last of Us Part II, set five years later, writing, “That’s weird. They shrank his shoulders, made him look soft..”. The post received 76 upvotes in /r/TheLastOfUs2 subreddit when it was reposted by Redditor Sons-of-N7 to /r/Gamingcirclejerk, with the repost gaining over 17,000 upvotes in one month.

Later on May 28th, 2020, Redditor Wehdeo posted the earliest known meme parodying the original post, comparing his appearances in Resident Evil 2 (1998) and its 2019 remake (shown below). The post received over 7,200 upvotes in /r/Gamingcirclejerk in one month. 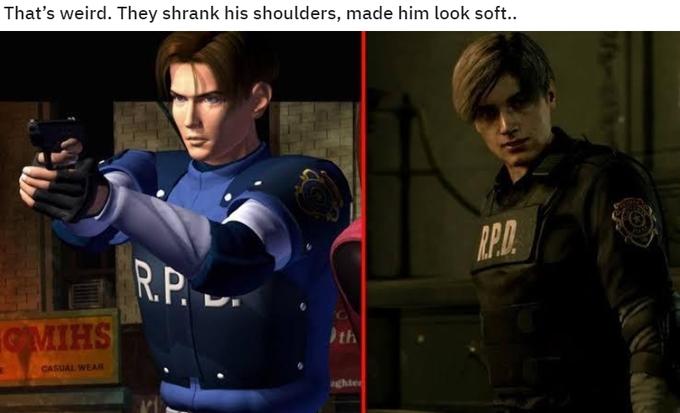 Starting on May 28th, the meme format gained a notable presence in the /r/Gamingcirclejerk subreddit. For example, on May 29th, Redditor PowerfulCoward posted a meme comparing MCU character War Machine and Don Cheadle, the actor who performed the role (shown below, left). The post received over 15,700 upvotes in one month. On June 11th, Redditor SuperTeddyRoosevelt utilized the format for a meme about PlayStation 5 video game console which received over 19,100 upvotes in two weeks (shown below, right). 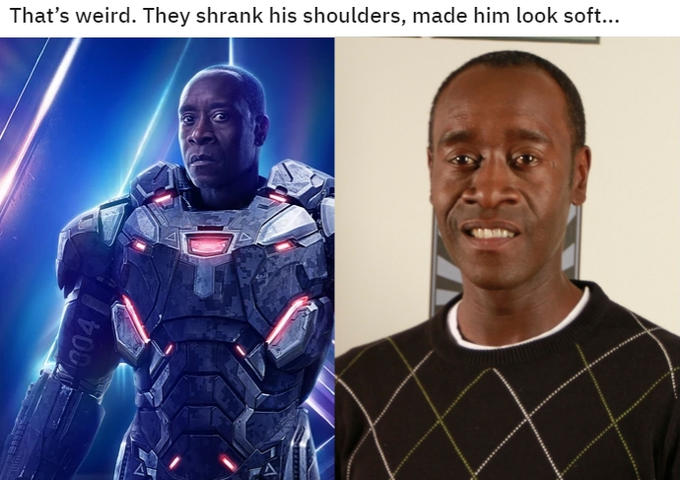 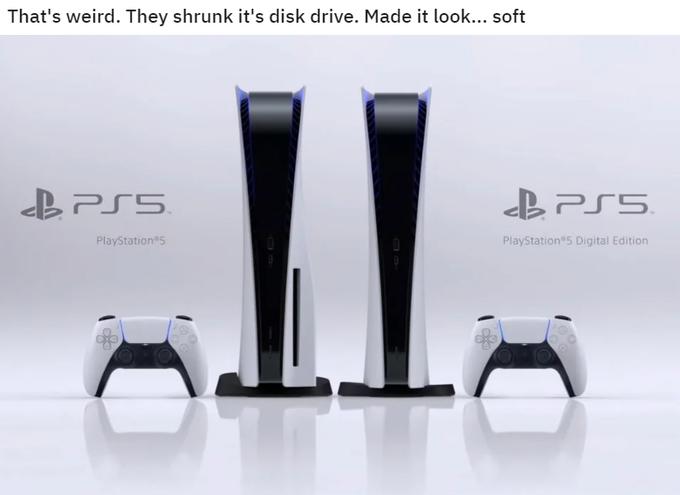 In addition to /r/Gamingcirclejerk, the format received limited spread in several other circlejerk subreddits. 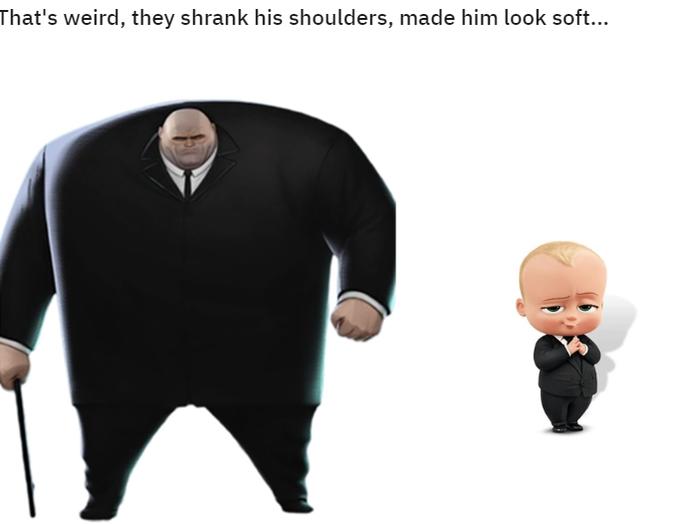 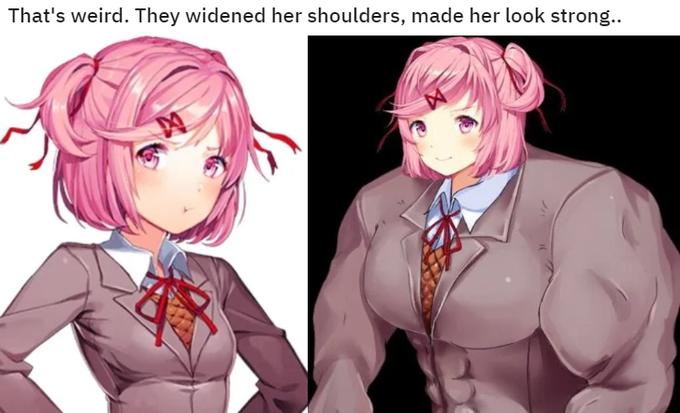 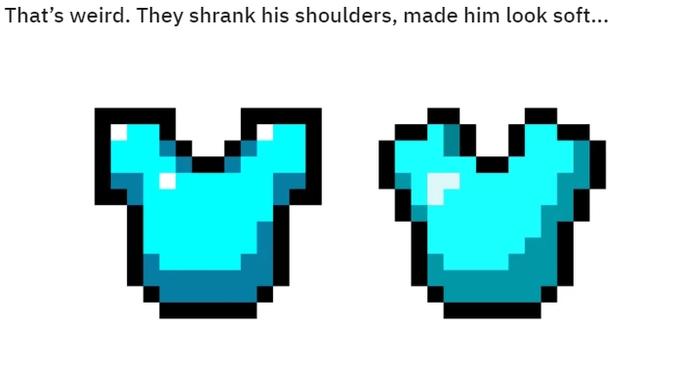 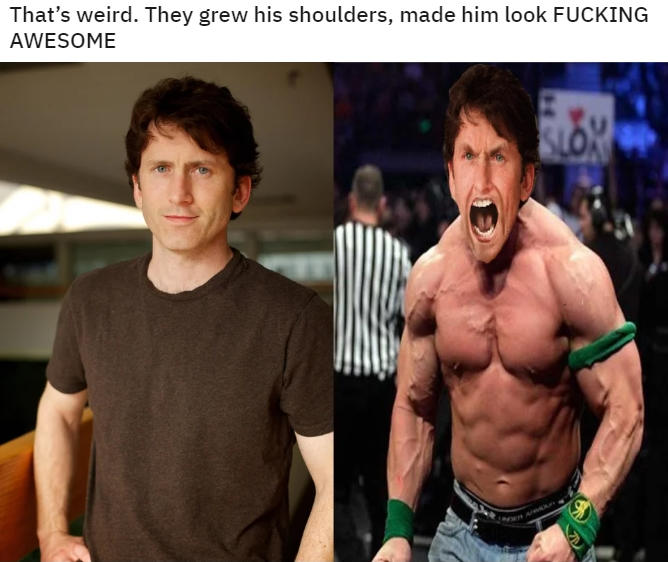 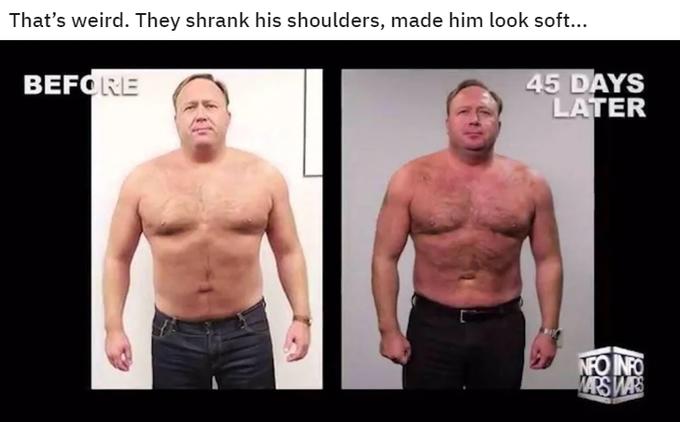 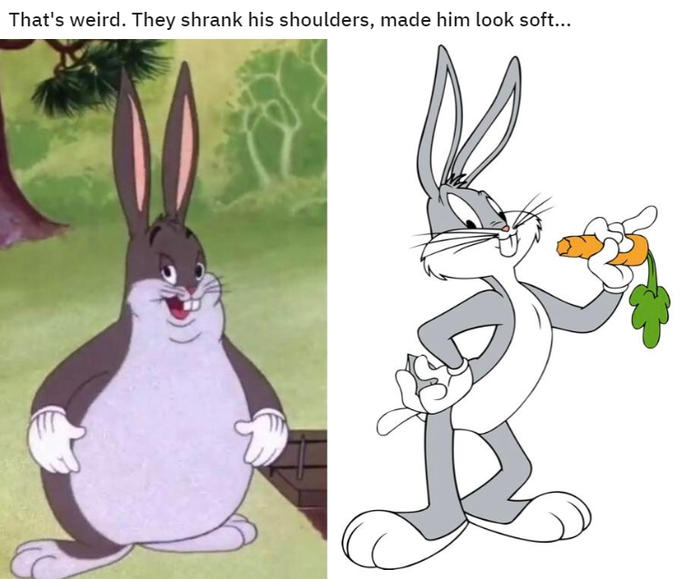