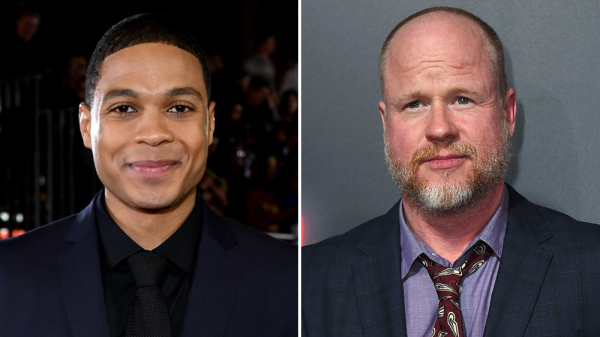 Joss Wheadon’s on-set treatment of the cast and crew of Justice League was gross, abusive, unprofessional, and completely unacceptable.

He was enabled, in many ways, by Geoff Johns and Jon Berg.

Fisher teased having issues with Whedon on Monday when he said he wished to retract a statement he made at San Diego Comic Con praising Whedon.

I’d like to take a moment to forcefully retract every bit of this statement: pic.twitter.com/1ECwwu6TG1

Neither Whedon nor Warner Brothers responded to requests for comment from Variety.

While the specifics of Fisher’s allegations are yet to come out, others noted that Whedon has a history of allegations of abusive and sexist behavior.

People are surprised that Joss Whedon is a piece of shit when his own wife already came out years ago about how abusive he is?https://t.co/uFBPGSBsRR pic.twitter.com/D4RheEwq8b

HE FIRED AN ACTRESS FOR GETTING PREGNANT OF COURSE JOSS WHEDON IS SHIT https://t.co/jlz2h7fU9c

I’ve wanted Joss Whedon gone since I found out what he did to Charisma Carpenter. So I’m fully in support of Ray Fisher speaking his truth.

Ray Fisher said fuck it and reminded everyone the open secret that nerds ignore. Joss Whedon has a history of being unprofessional and predatory especially towards women. His ex- wife literally exposed him if you are asking Ray to be “professional” then you’re part of the problem

Though Fisher’s castmates have yet to chime in, it will be worth keeping an eye out for their input, as many, including Ben Affleck and Jason Momoa, supported the Release the Snyder Cut movement that demanded Zack Snyder’s original vision for the movie be released to the public. Snyder had to leave Justice League in production due to personal matters, leading to Whedon taking over.

I need watermelon
Choose Your Johnny Sins
smh
May be.