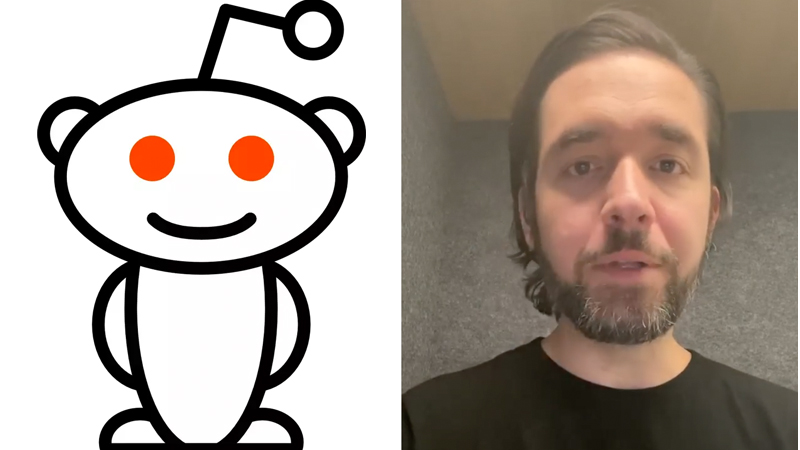 Reddit co-Founder Alexis Ohanian announced his resignation from the company in a video posted to social media earlier today. Ohanian urged the board to replace him with a black candidate.

The 37-year-old made his announcement amid a slew of statements from various companies about their commitment to the African American community and Black Lives Matter. Ohanian, the husband of Serena Williams, said that resigning was “long overdue.”

“15 years ago, I co-founded Reddit as a place for people to find community and a sense of belonging,” Ohanian said in the video. “It is long overdue to do the right thing. I’m doing this for me, for my family and for my country. I am saying this as a father who needs to be able to answer his black daughter when she asks ‘what did you do?'”

“So I have resigned from the Reddit board. I have urged them to fill my seat with a black candidate, and I will use future gains on my Reddit stock to serve the black community.”

He also pledged $1 million to Colin Kaepernick’s Know Your Rights Camp. According to the organization’s website, the Know Your Rights Camp seeks “to advance the liberation and well-being of Black and Brown communities through education, self-empowerment, mass-mobilization and the creation of new systems that elevate the next generation of change leaders.”

Reddit has been the subject of some controversy over the last few days as users began protesting the company’s hate-speech policies. On Twitter, former CEO Ellen Pao criticized its current CEO Steve Huffman on Twitter, accusing the company of “amplifying” the “hate, racism, and violence” of the controversial subreddit /r/the_donald.

I am obligated to call you out: You should have shut down the_donald instead of amplifying it and its hate, racism, and violence. So much of what is happening now lies at your feet. You don’t get to say BLM when reddit nurtures and monetizes white supremacy and hate all day long https://t.co/VN5XCiYp5g

Huffman wrote that the company was looking to honor Ohanian’s wishes and replace him with a Black candidate. He wrote:

We’re working with mods to change our content policy to explicitly address hate. u/kn0thing has resigned from our board to fill his seat with a Black candidate, a request we will honor. I want to take responsibility for the history of our policies over the years that got us here, and we still have work to do.

Andy Serkis' Hobbitathon
Life finds a way
*died in normies*
Pokémon ASMR Is Real, It Can Hurt You