Rihanna Carrying Trashbags is an image macro of singer and fashion designer Rihanna taking out two bags of trash in sunglasses and heels. The image, first published to Harper’s Bazaar in early August 2020, accumulated captions and object-label edits on Twitter and Instagram soon after.

On August 4th, 2020, Harper’s Bazaar published the article “Welcome to Rihanna’s Revolution” which featured a photo taken by Gray Sorrenti of Rihanna taking out the trash in heels (shown below). 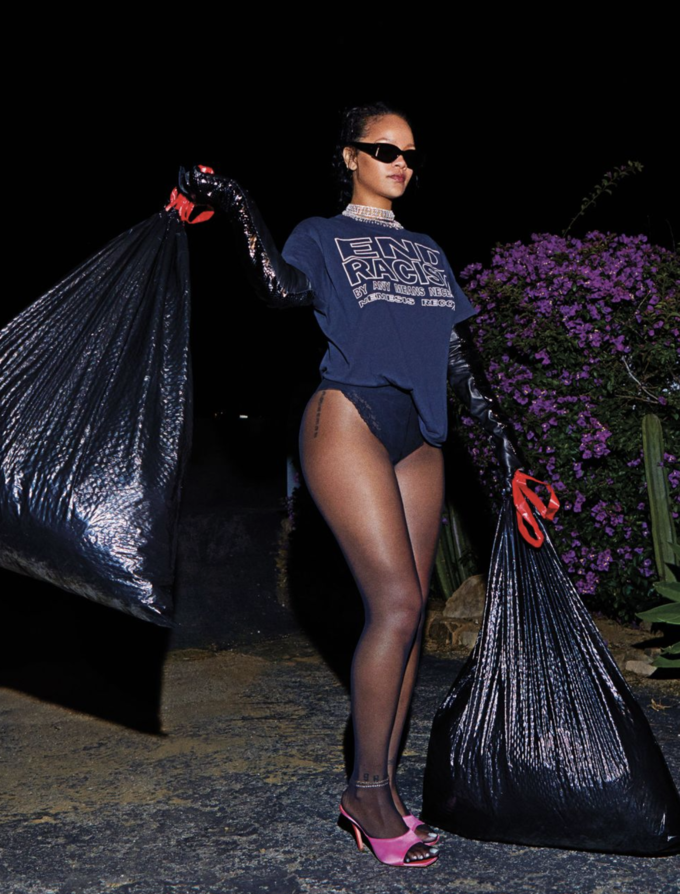 On August 4th, 2020, Twitter user @kirkpate posted the image and another from the Harper’s Bazaar spread adding the caption, “rihanna would be a great roommate” (shown below, left). The tweet gained over 100,900 likes and 15,700 retweets in two days. That same day, Twitter user @JunaeBrown tweeted the image captioned, “Me cleaning up who I’m following on social media” and received over 530 likes in two days. 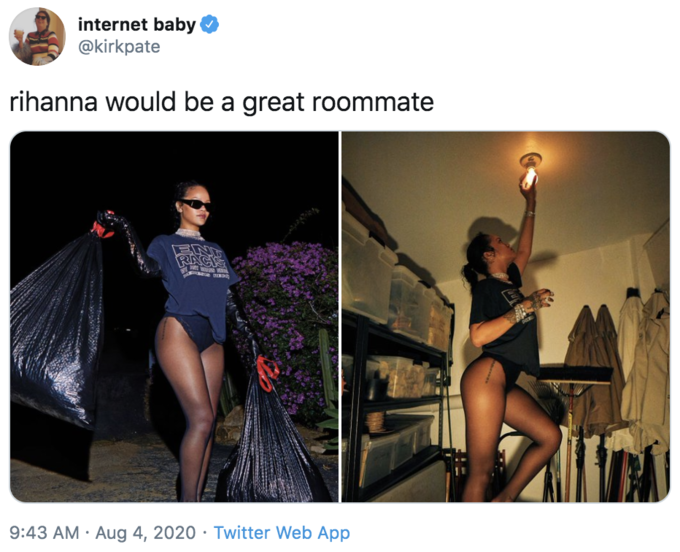 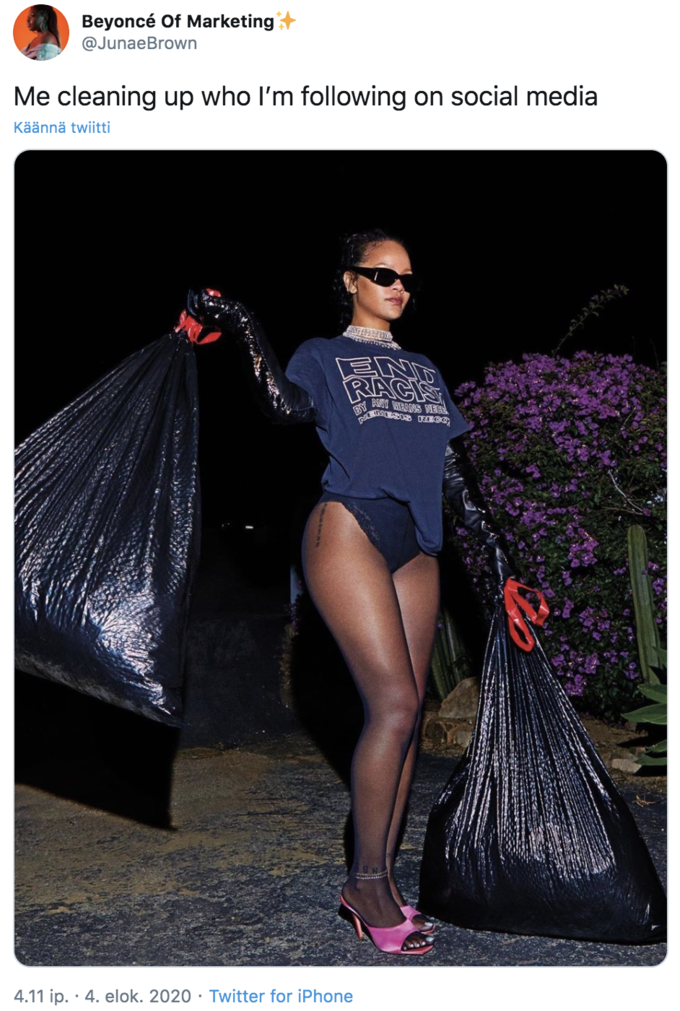 The next day, Instagram user patiasfantasyworld uploaded the image and labeled Rihanna “me” and the trashbags “my ex” (shown below). The post garnered over 6,200 likes in a day. StayHipp published an article on the memes. 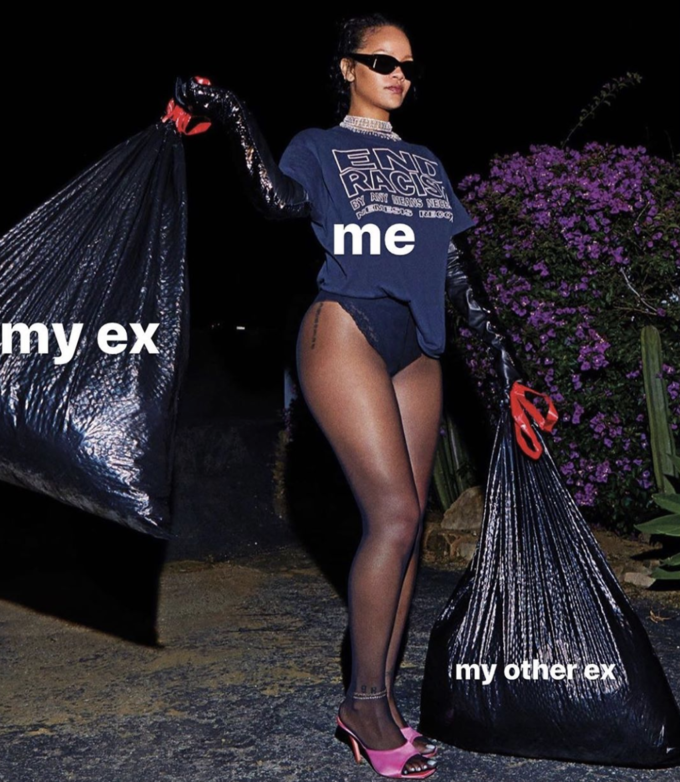 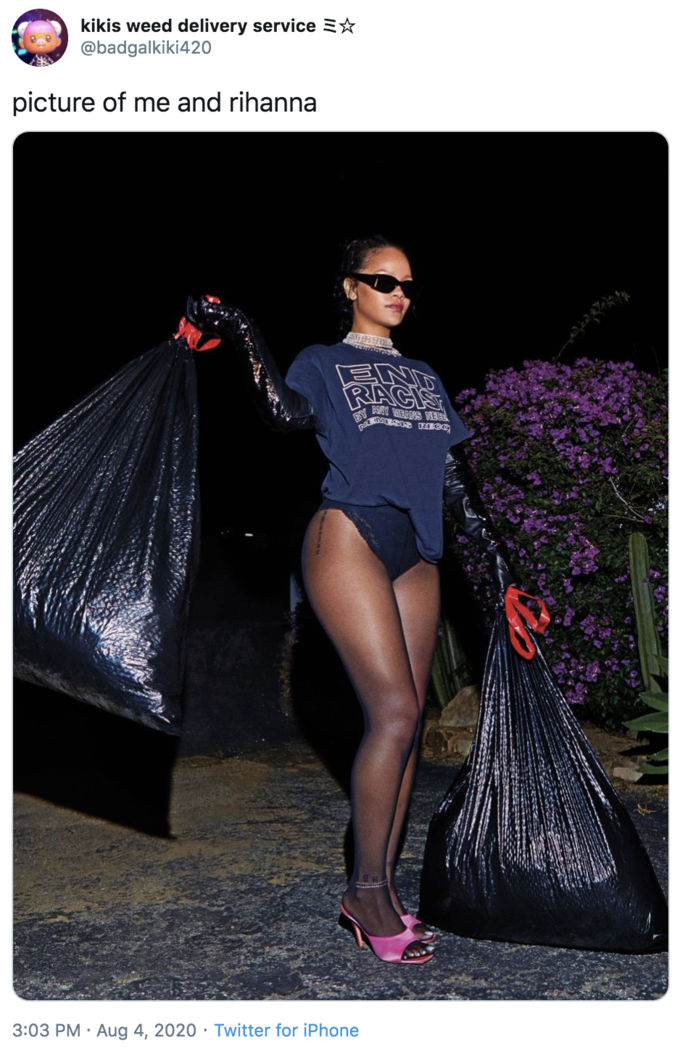 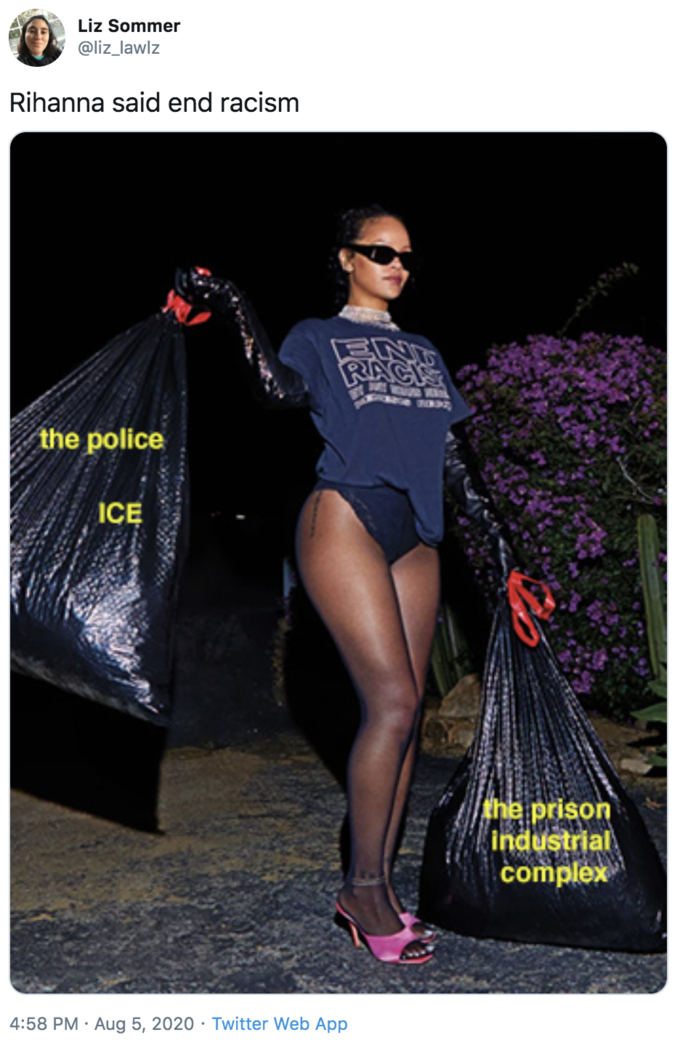 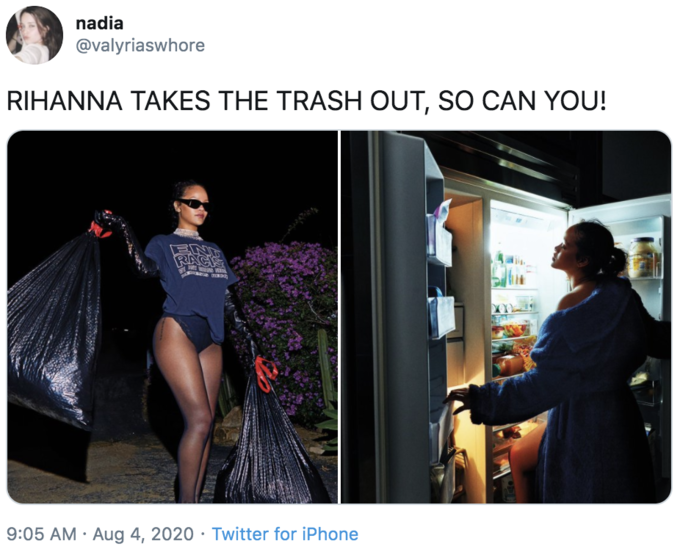 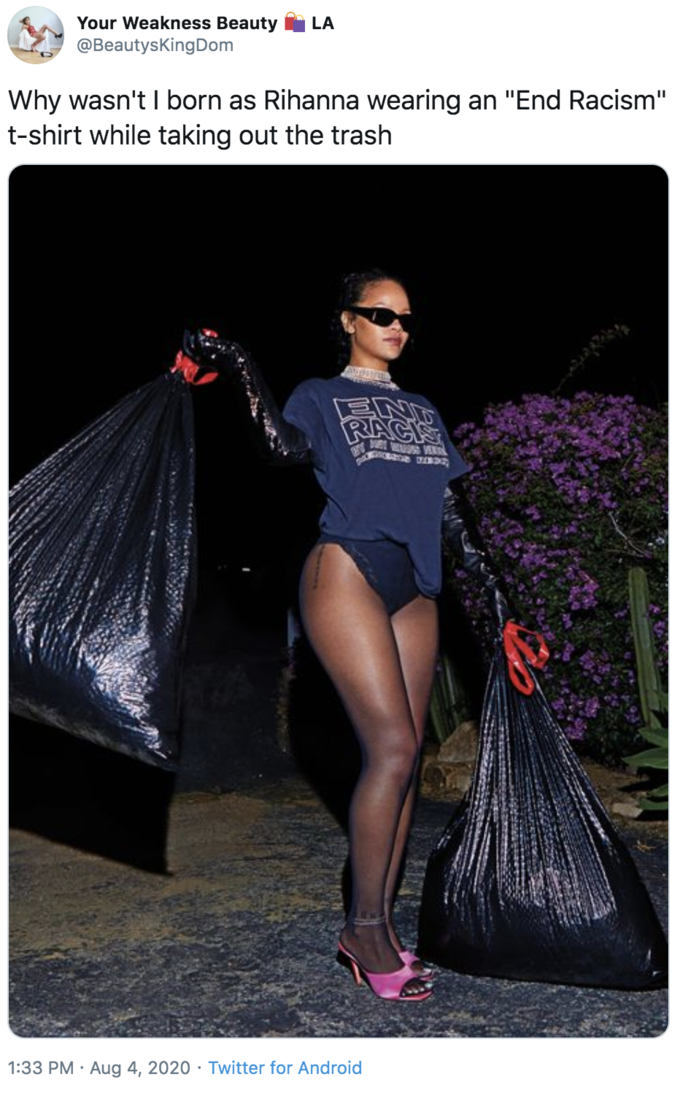 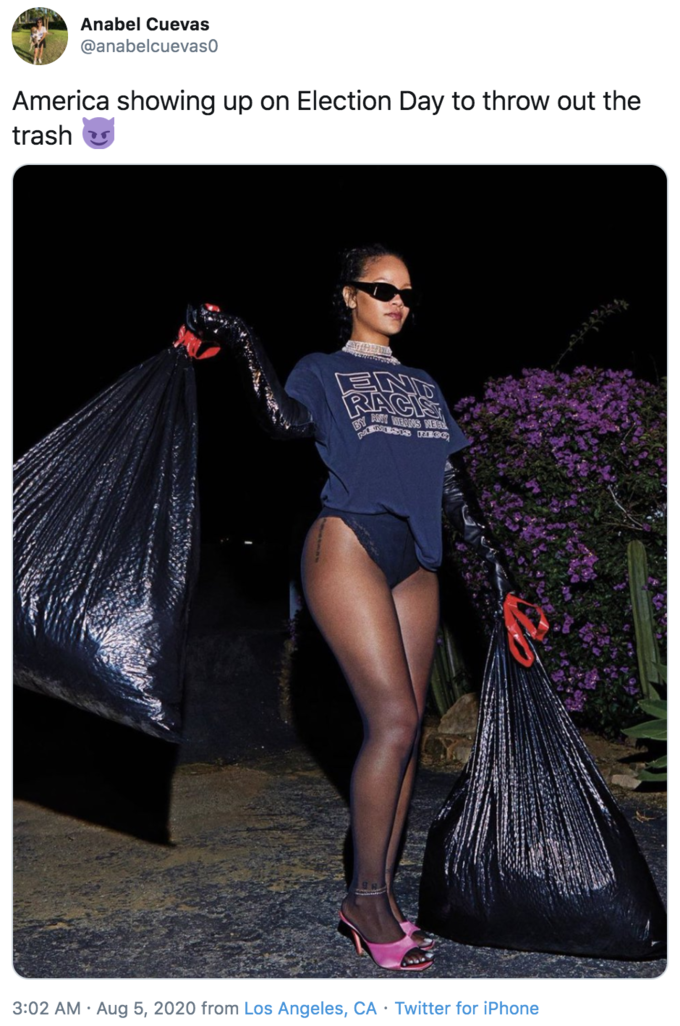 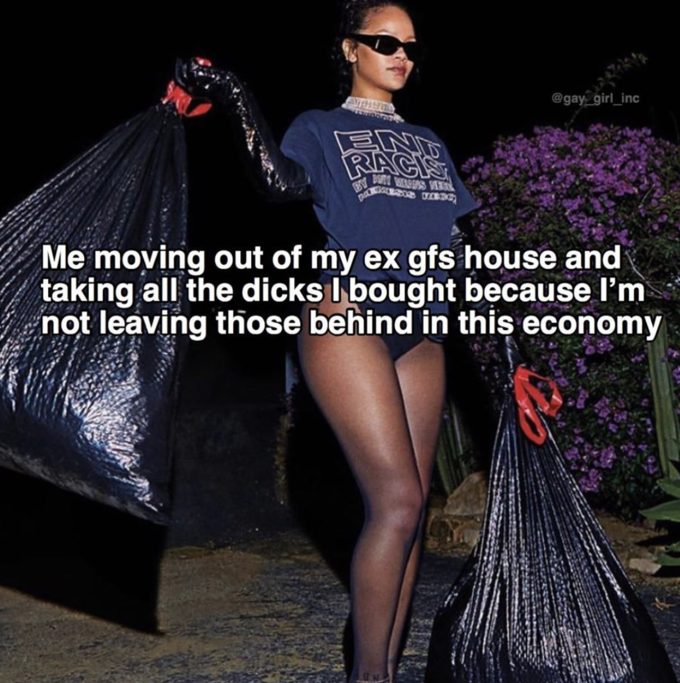 This Day In Meme History: "Bitches Don't Know"
Evolution of meme.
"I'm here to watch girls kiss"
Candidate Children Off Limits, Unless Your Name Is Trump