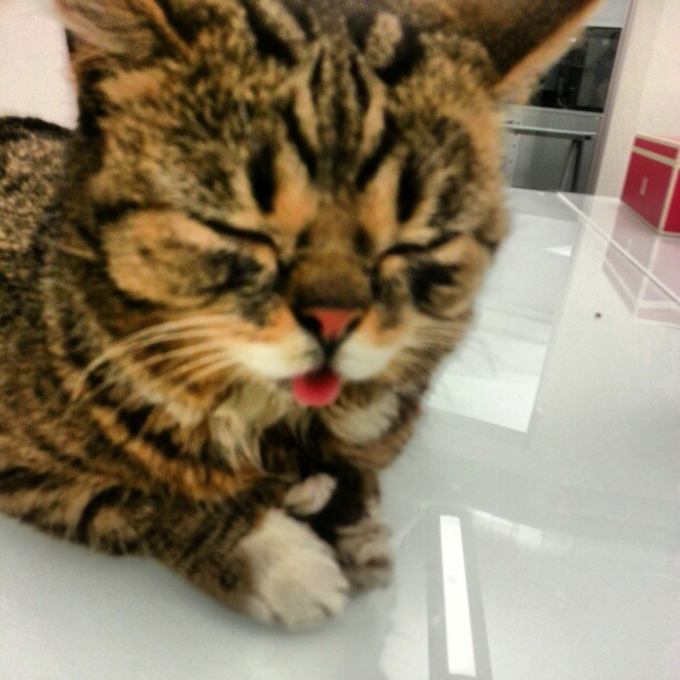 Earlier today, Mike Bridavsky, the owner of beloved meme cat Lil Bub, took to Twitter to announce that Lil Bub had passed away yesterday after eight years in Mike’s care.

“BUB was cheerful and full of love laying in our bed with us Saturday night,” he wrote in a blog post, “but unexpectedly passed away peacefully in her sleep.”

Lil Bub had several genetic mutations which gave her dwarfism, polydactylism and a disformed lower jaw. Bridavsky also mentioned she was battling a persistent and aggressive bone infection. “I truly believe that she willingly made the decision to leave her failing body so that our family would not have to make that difficult decision ourselves,” he wrote.

In Lil Bub’s life as an internet meme, she was the center of a VICE documentary on internet-famous cats, appeared on Good Morning America, and had a starring role in the film Nine Lives. She (and Bridavsky) also partnered with the ASPCA to create Lil BUB’s BIG Fund for special-needs pets, which administered hundreds of thousands of dollars to animal shelters around the world.

Lil BUB also visited the KnowYourMeme offices in 2012 at the height of her internet fame. She will be missed by the staff and millions who fell in love with her story and adorable, “perma-kitty” looks. Rest in peace, Bub.