#RIPEllen is a hashtag used to catalog posts featuring people offering mock condolences for the faux death of talkshow host Ellen DeGeneres, posting pictures of other blonde celebrities instead of photos of Ellen. However, reports of DeGeneres’ death were untrue.

The earliest known post using the hashtag from this day was in a conversation between Twitter user @swuboca and @wigster about a woman named Ellen, who they report as a dead (shown below).

Throughout the day, people posted variations of the joke. On July 7th, 2020, Twitter user @taylornology retweeted a 2009 post by Taylor Swift that reads, “@justinbieber Guess who KILLED IT on @theellenshow…… (you).” @taylornology commented, “guysss justin bieber killed Ellen 😭 #ripEllen.” The tweet received more than 6,000 likes and 500 retweets in less than one day (shown below, left). 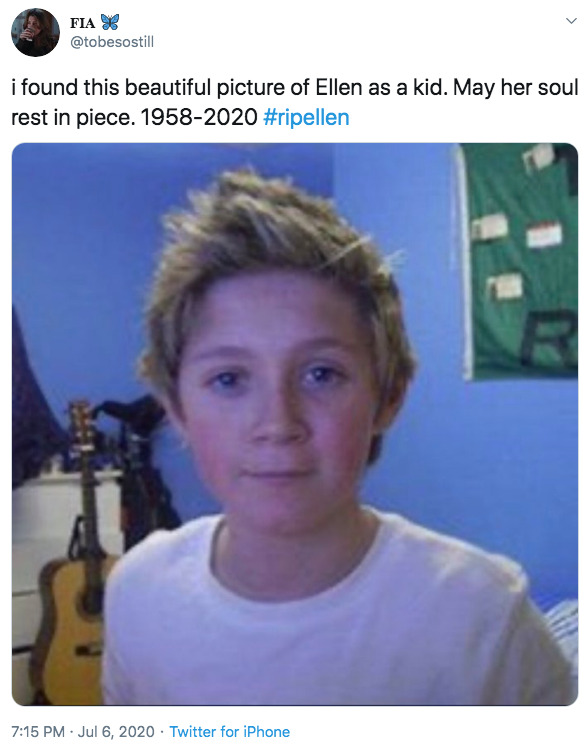 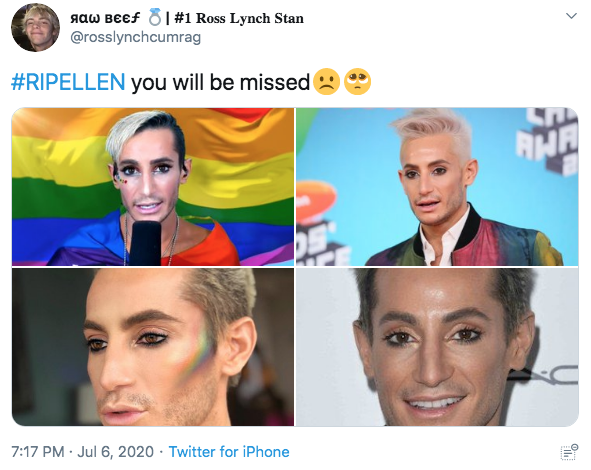 Several media outlets covered the hashtag, including the New York Post, HITC, The Daily Dot, Cosmopolitan, Junkee and more. The New York Post theorized that the hashtag took off due to rumors that DeGeneres’ television show The Ellen DeGeneres Show might be canceled. They wrote:

Not to worry, E.D. isn’t dead — the tweets were reportedly in reference to rumors last week that “The Ellen DeGeneres Show” might get axed, which spawned a viral death hoax. 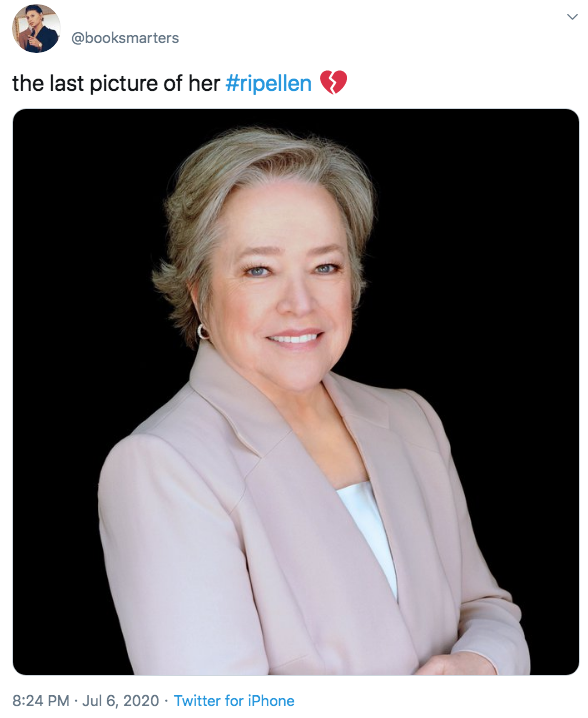 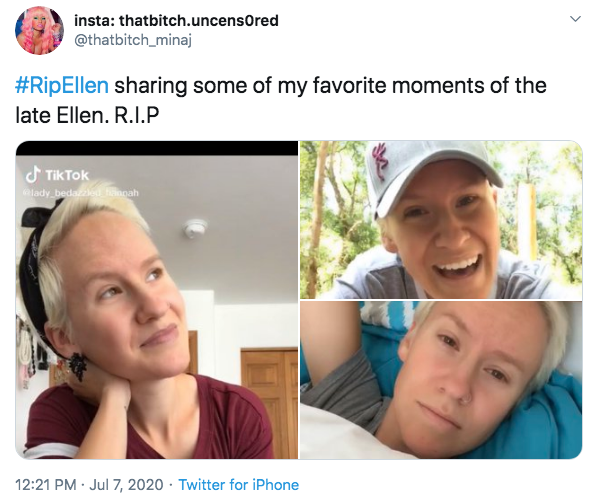 Kanye West Insists His Presidential Run Is Serious, Lays Out Platform In Forbes Interview
Me just casually walking out of jail
Stay away stay safe!
well boys, we did it, school shootings are no more