I Do One Push-up is an exploitable comic featuring a muscular figure and a smaller man talking about his work out routine. The comic, by Shen Comix, was posted and quickly became popular on Reddit in early July 2020. The muscular figure is typically labeled and explains that to become muscular he does one push-up each time a certain event occurs. 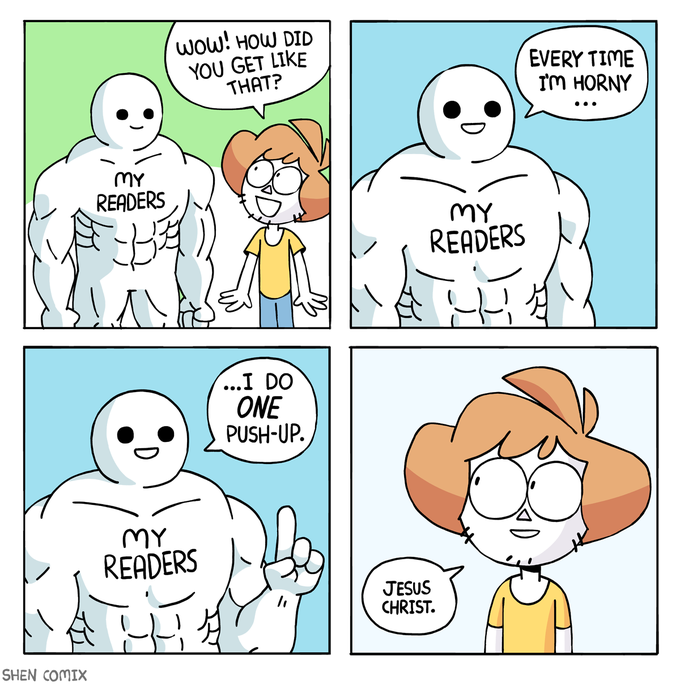 On July 6th, 2020, Redditors continued to post variations of the comic to multiple subreddits. Redditor allan110011 posted an example to r/dankememes with the muscular figure labeled with an American flag and garnered over 56,400 points (93% upvoted) in a day (shown below, left). That same day, Redditor AMSASH posted a variation about Kpop stans to r/memes (shown below, right). 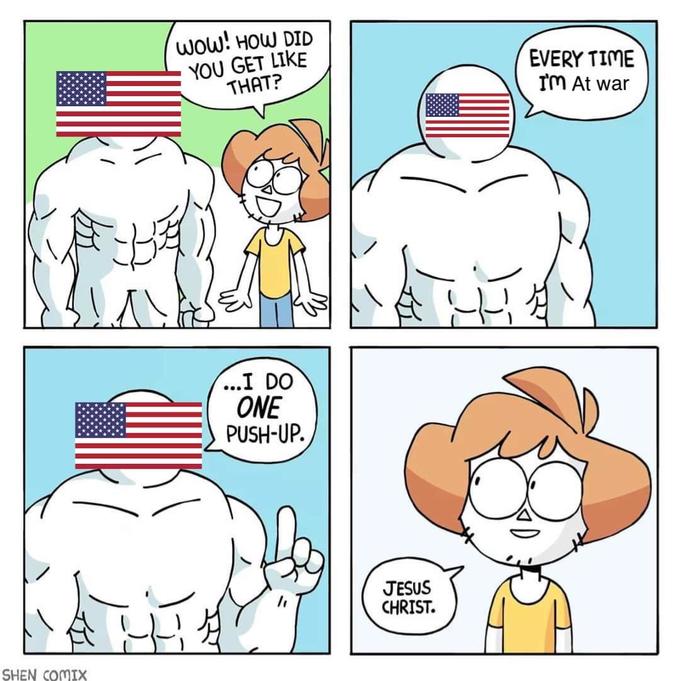 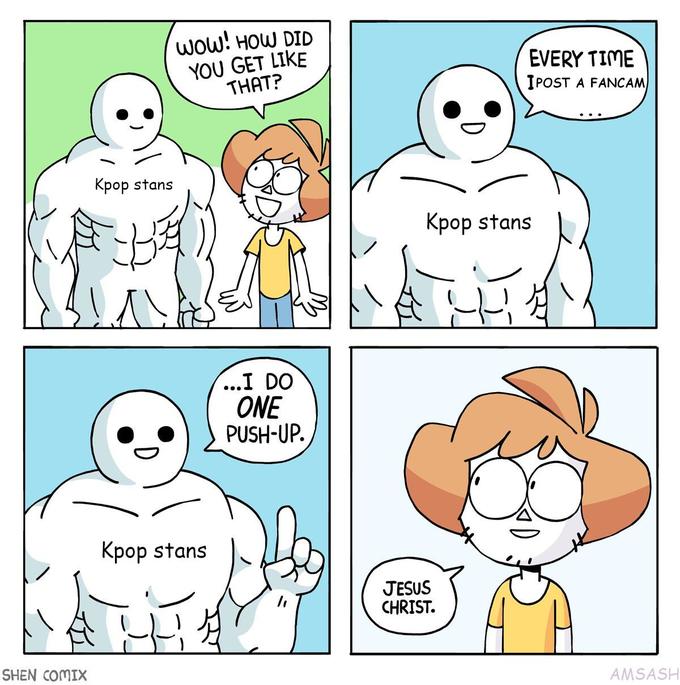 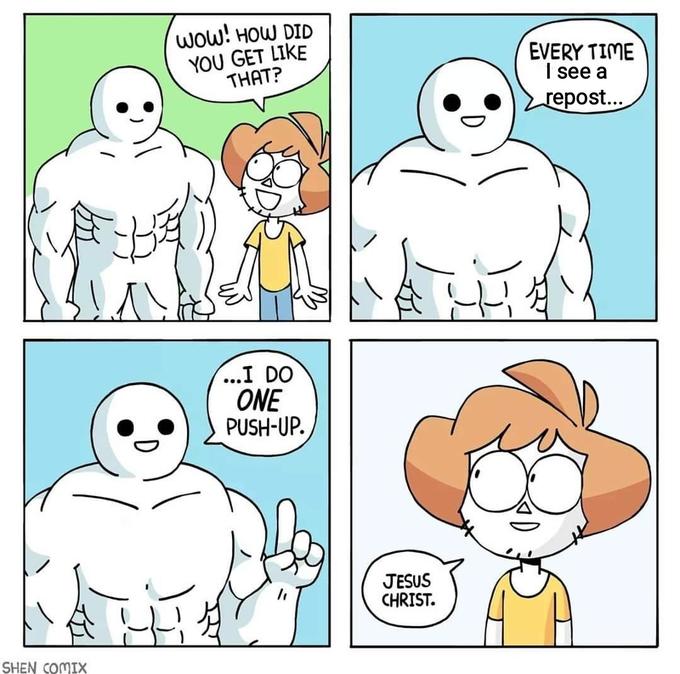 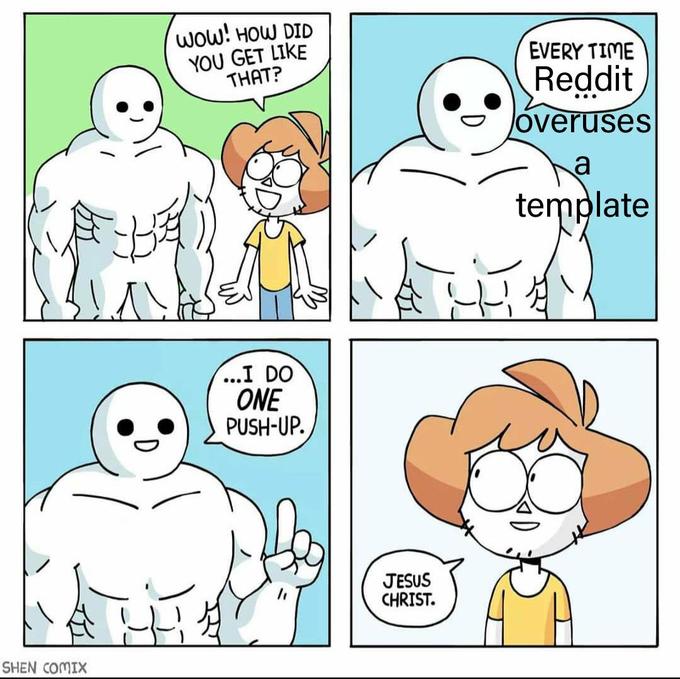 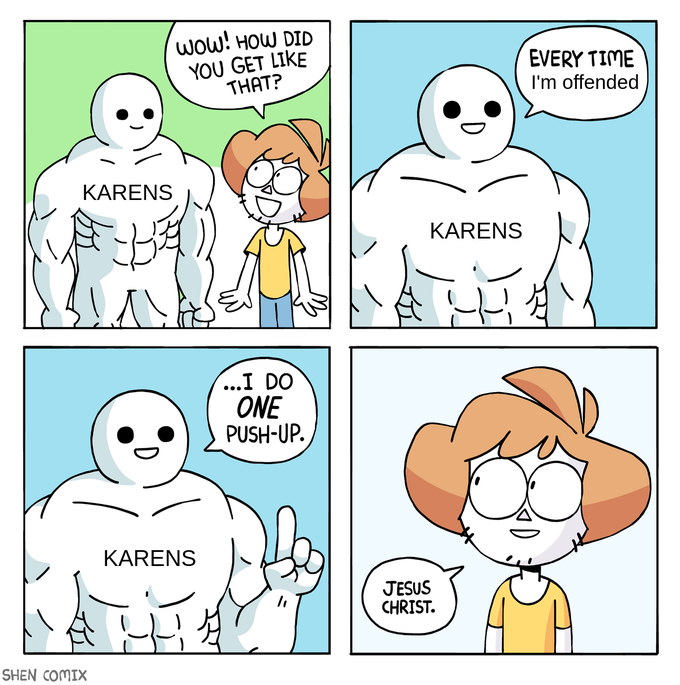 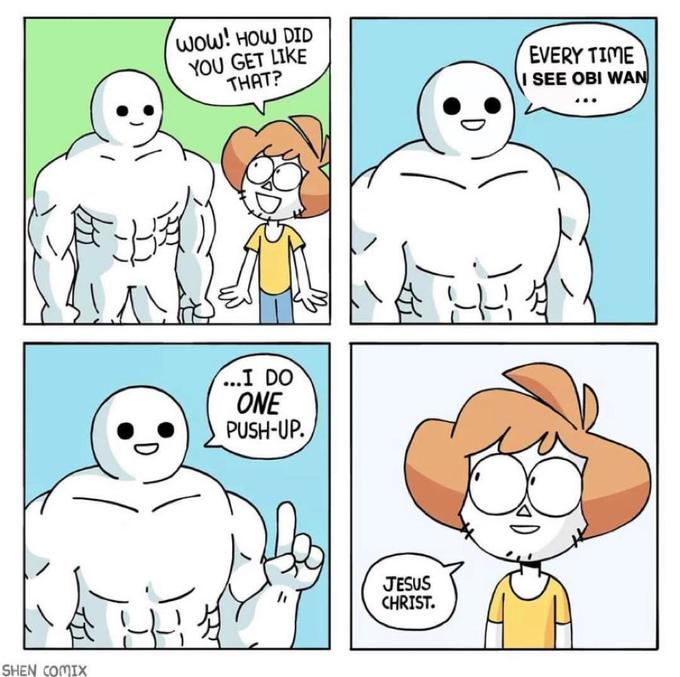 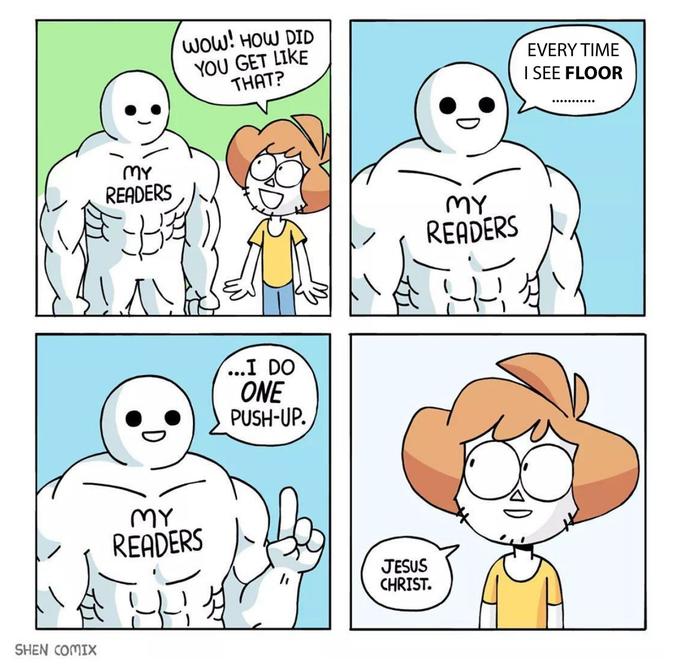 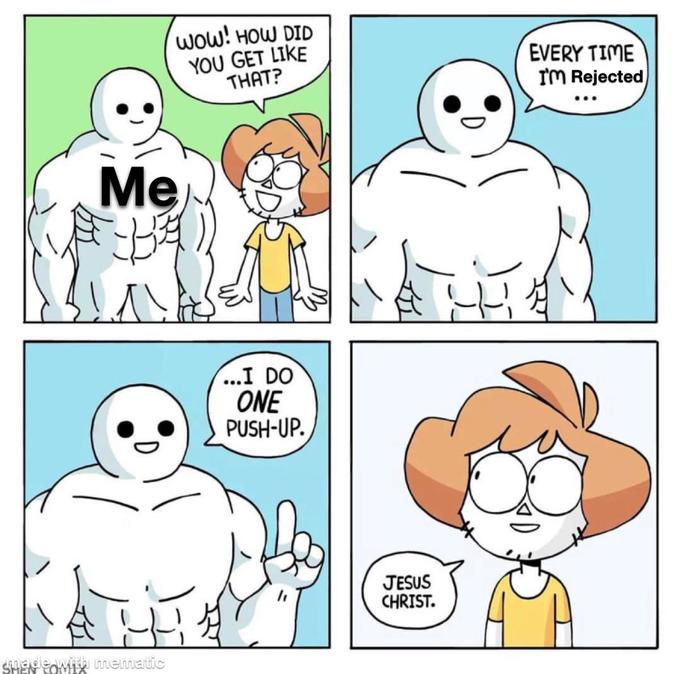 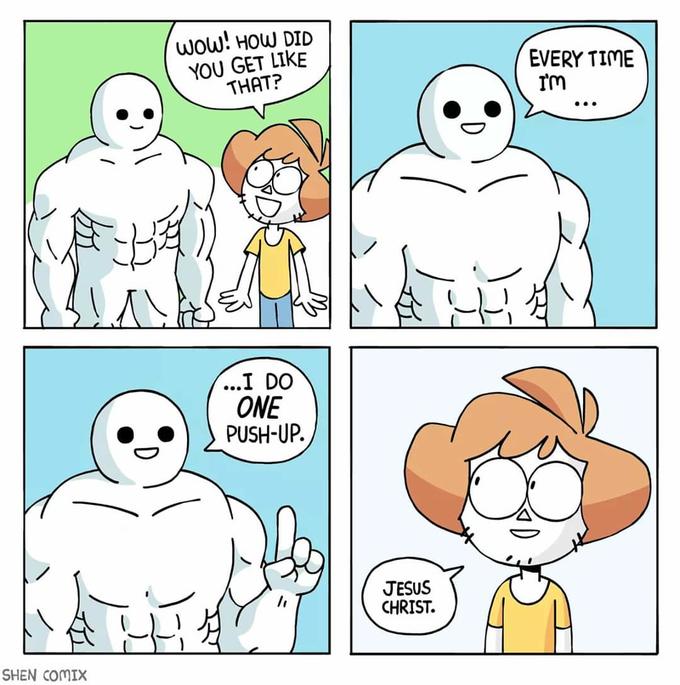